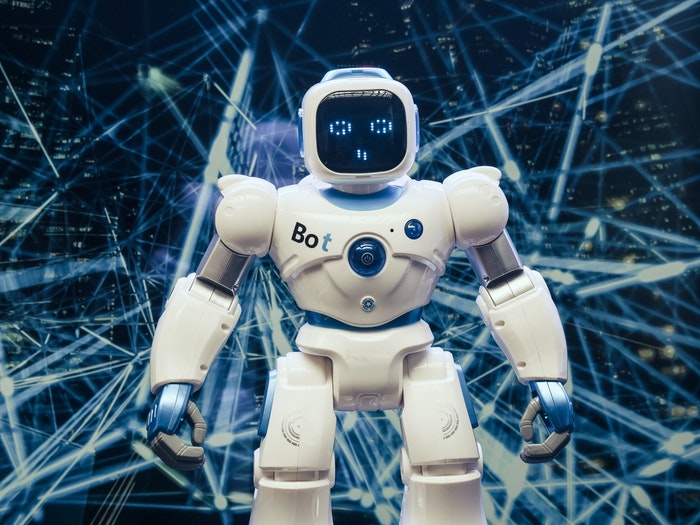 Elon Musk announced a humanoid robot designed to help with those repetitive, boring tasks people hate doing. Musk suggested it could run to the grocery store for you, but presumably it would handle any number of tasks involving manual labor.

Predictably, social media filled with references to a string of dystopian sci-fi movies about robots where everything goes horribly wrong.

As troubling as the robot futures in movies like I, Robot, The Terminator and others are, it’s the underlying technologies of real humanoid robots – and the intent behind them – that should be cause for concern.

Musk’s robot is being developed by Tesla. It’s a seeming departure from the company’s car-making business, until you consider that Tesla isn’t a typical automotive manufacturer. The so-called “Tesla Bot” is a concept for a sleek, 125-pound humanlike robot that will incorporate Tesla’s automotive artificial intelligence and autopilot technologies to plan and follow routes, navigate traffic – in this case, pedestrians – and avoid obstacles.

Dystopian sci-fi overtones aside, the plan makes sense, albeit within Musk’s business strategy. The built environment is made by humans, for humans. And as Musk argued at the Tesla Bot’s announcement, successful advanced technologies are going to have to learn to navigate it in the same ways people do.

Yet Tesla’s cars and robots are merely the visible products of a much broader plan aimed at creating a future where advanced technologies liberate humans from our biological roots by blending biology and technology. As a researcher who studies the ethical and socially responsible development and use of emerging technologies, I find that this plan raises concerns that transcend speculative sci-fi fears of super-smart robots.

A man with big plans

Self-driving cars, interplanetary rockets and brain-machine interfaces are steps toward the future Musk envisions where technology is humanity’s savior. In this future, energy will be cheap, abundant and sustainable; people will work in harmony with intelligent machines and even merge with them; and humans will become an interplanetary species.

It’s a future that, judging by Musk’s various endeavors, will be built on a set of underlying interconnected technologies that include sensors, actuators, energy and data infrastructures, systems integration and substantial advances in computer power. Together, these make a formidable toolbox for creating transformative technologies.

Musk imagines humans ultimately transcending our evolutionary heritage through technologies that are beyond-human, or “super” human. But before technology can become superhuman, it first needs to be human – or at least be designed to thrive in a human-designed world.

This make-tech-more-human approach to innovation is what’s underpinning the technologies in Tesla’s cars, including the extensive use of optical cameras. These, when connected to an AI “brain,” are intended to help the vehicles autonomously navigate road systems that are, in Musk’s words, “designed for biological neural nets with optical imagers” – in other words, people. In Musk’s telling, it’s a small step from human-inspired “robots on wheels” to humanlike robots on legs.

Tesla’s “full self-driving” technology, which includes the dubiously named Autopilot, is a starting point for the developers of the Tesla Bot. Impressive as this technology is, it’s proving to be less than fully reliable. Crashes and fatalities associated with Tesla’s Autopilot mode – the latest having to do with the algorithms struggling to recognize parked emergency vehicles — are calling into question the wisdom of releasing the tech into the wild so soon.

This track record doesn’t bode well for humanlike robots that rely on the same technology. Yet this isn’t just a case of getting the technology right. Tesla’s Autopilot glitches are exacerbated by human behavior. For example, some Tesla drivers have treated their tech-enhanced cars as though they are fully autonomous vehicles and failed to pay sufficient attention to driving. Could something similar happen with the Tesla Bot?

In my work on socially beneficial technology innovation, I’m especially interested in orphan risks – risks that are hard to quantify and easy to overlook and yet inevitably end up tripping up innovators. My colleagues and I work with entrepreneurs and others on navigating these types of challenges through the Risk Innovation Nexus, an initiative of the Arizona State University Orin Edson Entrepreneurship + Innovation Institute and Global Futures Laboratory.

The Tesla Bot comes with a whole portfolio of orphan risks. These include possible threats to privacy and autonomy as the bot collects, shares and acts on potentially sensitive information; challenges associated with how people are likely to think about and respond to humanoid robots; potential misalignments between ethical or ideological perspectives – for example, in crime control or policing civil protests; and more. These are challenges that are rarely covered in the training that engineers receive, and yet overlooking them can spell disaster.

While the Tesla Bot may seem benign – or even a bit of a joke – if it’s to be beneficial as well as commercially successful, its developers, investors, future consumers and others need to be asking tough questions about how it might threaten what’s important to them and how to navigate these threats.

These threats may be as specific as people making unauthorized modifications that increase the robot’s performance – making it move faster than its designers intended, for example – without thinking about the risks, or as general as the technology being weaponized in novel ways. They are also as subtle as how a humanoid robot could threaten job security, or how a robot that includes advanced surveillance systems could undermine privacy.

Then there are the challenges of technological bias that have been plaguing AI for some time, especially where it leads to learned behavior that turn out to be highly discriminatory. For example, AI algorithms have produced sexist and racist results.

Just because we can, should we?

The Tesla Bot may seem like a small step toward Musk’s vision of superhuman technologies, and one that’s easy to write off as little more than hubristic showmanship. But the audacious plans underpinning it are serious — and they raise equally serious questions.

For instance, how responsible is Musk’s vision? Just because he can work toward creating the future of his dreams, who’s to say that he should? Is the future that Musk is striving to bring about the best one for humankind, or even a good one? And who will suffer the consequences if things go wrong?

These are the deeper concerns that the Tesla Bot raises for me as someone who studies and writes about the future and how our actions impact it. This is not to say that Tesla Bot isn’t a good idea, or that Elon Musk shouldn’t be able to flex his future-building muscles. Used in the right way, these are transformative ideas and technologies that could open up a future full of promise for billions of people.

But if consumers, investors and others are bedazzled by the glitz of new tech or dismissive of the hype and fail to see the bigger picture, society risks handing the future to wealthy innovators whose vision exceeds their understanding. If their visions of the future don’t align with what most people aspire to, or are catastrophically flawed, they are in danger of standing in the way of building a just and equitable future.

Maybe this is the abiding lesson from dystopian robot-future sci-fi movies that people should be taking away as the Tesla Bot moves from idea to reality — not the more obvious concerns of creating humanoid robots that run amok, but the far larger challenge of deciding who gets to imagine the future and be a part of building it.