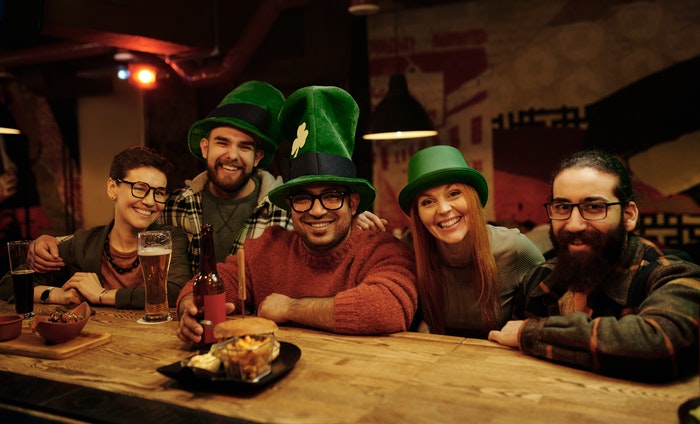 St. Patrick’s Day Is Near: Time To Toast … Your Liver

St. Patrick’s Day is almost here, and even though most big celebrations have been canceled because of coronavirus, we still have something to cheer over – our livers.

If St. Patrick is celebrated for his unselfish commitment converting Ireland to Christianity, we should also celebrate the magnanimous dedication of our liver not only to process alcohol, but keep our whole body fed and alive.

I am a biochemist, and every time I teach liver metabolism, I am in awe of all its accomplishments.

Here are four reasons to be grateful to your liver.

It metabolizes alcohol and other bad molecules

The alcohol we consume can’t be directly excreted – it has to be transformed to be eliminated. Degrading alcohol is a multi-step process that happens in the liver, where cells metabolize it using a series of enzymes working in a tidy cascade of reactions.

These enzymes will turn alcohol into a final product that is used by the body to make other nutrients such as fats. That is why, in part, an excessive alcohol consumption can lead to an alcohol-induced fatty liver disease characterized by an over accumulation of fat in the liver.

Processing alcohol produces acetaldehyde, a toxic molecule. This toxic compound normally doesn’t linger in the liver and is quickly transformed into a nontoxic molecule.

If you consume alcohol faster than your body can process it, your metabolic system gets clogged, the toxic molecule accumulates and the liver is under stress. If you repeat this process on a regular basis and over long periods of time, the liver can develop an inflammation known as alcoholic hepatitis and eventually cirrhosisthat can irreversibly scar the liver.

About a third of East Asians have an inherited slower ability to process alcohol, which manifests as facial flushing due to the toxic effect of that molecule.

The liver also processes a large number of pharmaceutical drugs, such as acetaminophen. And along with the spleen, it participates in degrading hemoglobin, the red pigment contained in your red blood cells, into fragments that can be eliminated in the intestines and the feces (that is why, in part, feces are brownish).

Beside degrading toxins and other molecules, the liver is also a maker of large and complicated structures such as cholesterol. Despite its bad reputation, cholesterol is important, as from cholesterol the body produces steroid hormones like cortisol and testosterone or makes vitamin D in the skin.

But that is not all. The liver is also the birth place of a number of blood plasma proteins in circulation in your bloodstream and of the various proteins that create a clot when you are bleeding.

The liver is the first organ to receive the nutrients absorbed by the intestine. As we eat, food moves down the digestive track and is processed into molecules that are small enough to cross the intestinal wall and move into the circulation. Nutrient-rich blood coming from the intestine is immediately captured by a large vein and sent to the liver.

It’s also a gatekeeper. It senses the overall state of nourishment of the body and stores nutrients such as sugar or fat when they are abundant in the blood circulation. It also stores some vitamins such as vitamin B12.

And it stores, sugars as glycogen (the starch of the human body) and fat and keep that these nutrients for later use.

Thus, if we are well fed, we will have reserves of sugar and fat present in our liver. But an overabundance of food can overwhelm the system and the liver’s ability to store and non-alcoholic fatty liver disease can develop.

Your liver nourishes and protects other organs

In times of need, when our blood sugar levels are low with no meal immediately in sight, the liver taps into its reserve and releases the nutrients needed.

Without this constant surveillance of the liver you would not be able to spend an uninterrupted night of sleep. Why? Your brain relies on sugar as a source of energy to perform, and a regular income of sugar is vital. It’s under the watch of the liver that the brain receives the needed amount of sugar when you are asleep or awake.

There are diseases in which people lack the ability to store or release sugars from the liver reserve. They depend on special diets with slow release of carbohydrates to go about their days and to have a full night of sleep.

Finally, we don’t tend to think of the liver as part of the immune system but it’s an organ that is part of our first line of response against viruses and bacteria. The liver is filled with cells that participate in your immune defense and that can gobble up microorganisms trying to invade our body.

Wishing the whole of you a Happy St. Patrick’s Day.