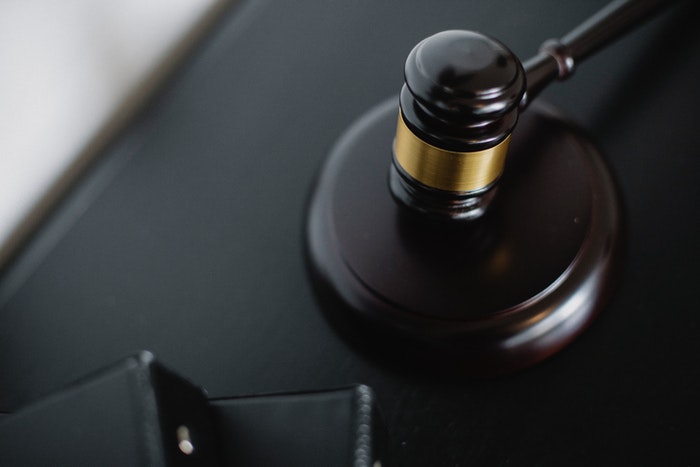 The U.S. Supreme Court heard oral argument on Oct. 13, 2021, in the case of Dzokhar Tsarnaev, the lone surviving Boston Marathon bomber. While much of the news coverage has focused on whether the court will uphold the death penalty for Tsarnaev, the case also presents a fundamental question for this era: Is it possible to find unbiased citizens to serve on a jury in high-profile cases during an age of ubiquitous social media?

This aspect of the case focuses on the “voir dire” process, which employs a French term that roughly translates to “speak the truth.” Voir dire occurs prior to the start of trial, when lawyers or the judge, depending on the jurisdiction, question prospective jurors to determine whether they harbor any kind of bias or prejudice against one of the parties.

Tsarnaev was charged with 30 counts related to the bombing of the marathon. The case had received widespread attention, including online commentary about the defendant and pictures of him carrying a bomb-laden backpack to the finish line. Voir dire in his case was extensive, lasting 21 days and involving 1,373 prospective jurors, each of whom completed a 28-page questionnaire.

At some point during voir dire, Tsarnaev’s attorney wanted the judge to ask a two-part question to prospective jurors. First, whether they had seen media coverage of the case, and second, what specifically they had seen. The judge asked the first part of the question, but not the second.

Tsarnaev’s lawyers appealed the death penalty, saying in part that the trial judge should have asked what media coverage jurors had seen or read about the case in order to ensure a fair jury.

The First Circuit Court of Appeals found fault with the judge, saying that asking the jurors “only whether they had read anything that might influence their opinion’ does not suffice,” because that sole question does not elicit “what, if anything, they have learned.” During the oral argument at the Supreme Court, Justice Sonia Sotomayor noted that “there was a whole lot of different publicity here.”

It is now up to the Supreme Court to decide who was correct.

Since this appeal only relates to the death penalty sentence, Tsarnaev’s guilty verdict and life without parole sentence remain in place.

The dilemma facing the Supreme Court is how prescriptive they want the voir dire process to be. It could issue an opinion requiring lower courts to ask jurors more penetrating questions about their exposure to media accounts in high-profile cases.

Some believe that trial judges should be given a measure of flexibility and autonomy in how they conduct voir dire. Others want the Supreme Court to step in and spell out exactly how voir dire should be conducted.

Those favoring this latter approach point out that Tsarnaev was facing a death sentence and made four requests for a change of venue to move the case from Boston because, his lawyers argued, it would be impossible to get unbiased jurors in the local area. As a scholar of criminal law and juries, I believe a strong argument could be made that any trial judge in this situation should take additional steps to uncover bias in prospective jurors.

Those on the other side believe that requiring more questions will unduly lengthen the voir dire process and encroach on juror privacy. Despite these misgivings, courts around the country are increasingly questioning jurors about topics like social media and their use of the internet.

The issue confronting the Supreme Court here is part of a larger discussion about whether courts in the digital age can find objective jurors.

Finding unbiased jurors in the pre-digital age, even in high-profile cases, was not too difficult. Once chosen, jurors needed to maintain that unbiased status and were told not to discuss the case with anyone and to avoid radio, television and newspapers. If the case involved the death penalty, jurors might be sequestered.

Few jurors can go eight hours, much less a whole week, without using their smartphone or social media. Many people share aspects of their life with others in real time through social media, which is incompatible with jury service. In fact, being a juror makes their social media posts more interesting to others.

In Tsarnaev’s case, the court of appeals’ opinion referenced juror #138, who had a running dialogue about the case on Facebook with his friends.

Today’s jurors also have much more information available to them. Where news stories about a crime or the defendant would have been difficult to discover or access previously, they are now just a click away. This information does not disappear when out of the news cycle; it remains online and accessible. In fact, often the information is pushed to the juror or shows up in their newsfeed.

Dealing with the connected juror

Judges across the country take a variety of approaches to combat the negative influences of the digital age on the jury.

Attorneys and judges will ask potential jurors questions. In addition, attorneys will investigate jurors to learn what they know about the case. This happens both in the courtroom at voir dire and online, where attorneys research the juror’s digital footprint to include social media posts. The question of how far to pry during voir dire is the main issue of concern in Tsarnaev’s case.

Once chosen, jurors are told to follow the court’s instructions, but the lure of social media can be all too tempting. Thus, courts impose penalties on jurors who are unable to follow the rules on seeking out information or discussing the case.

These penalties include holding jurors in contempt of court, taking their devices, or imposing sequestration where jurors are put up in hotels away from their family and devices. The common theme with all penalties is that once imposed, they make citizens less inclined to want to serve as jurors.

Some legal experts believe that if jurors are given sufficient information about the case, they will be less inclined to violate court rules and go online to look for information or discuss the case. One way to improve the appropriate flow of information to jurors is to allow them to ask questions during trial.

Finally, there are calls to change jury instructions to fit the modern times. Since today’s jurors are so receptive to learning information online, they have to be told why practices that they regularly use are prohibited while on jury duty.

The jury, throughout its approximately 400-year history in America, has witnessed many changes in society. Through each one, the jury has adapted and survived. Thus, I believe it is highly likely the jury will weather the storm of the digital age.