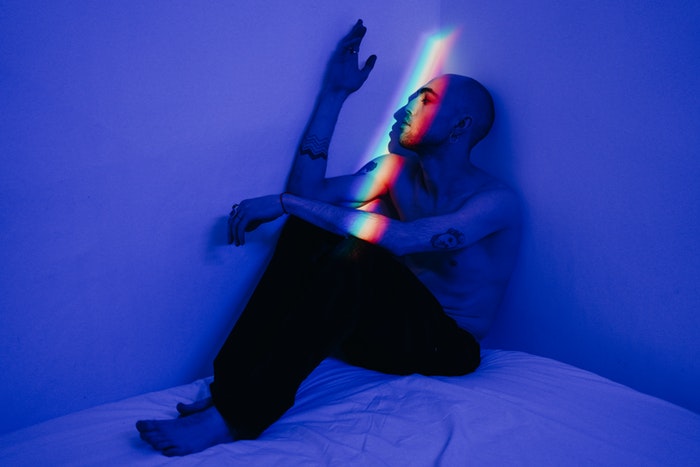 Mother Wounds: Can A Man Emotionally Shut Down Around Women If He Had An Abusive Mother?

Although a man may be in tune with his feelings when he is by himself and even around a man, this may seldom be the case when he is around a woman. What will be normal, then, is for him to be out of touch with his body when he is in their presence.

It can seem strange as to how he wouldn’t be aware of what is going on but, if this is how he has been for a very long time, why would he? Also, if he spends a lot of time being out of touch with how he feels, his experience is not going to be very different when he is around a woman.

His point of awareness can generally be up top, so to speak and so what is going on down below will be a mystery. He could be seen as someone who is very intellectual or cerebral.

If he isn’t aware of what is going on, it could be because he hasn’t been put in a position where he needs to be in touch with how he feels. So, when he is at work and around friends, for instance, it might not be necessary.

Also, if he only has casual relationships and hasn’t got close to a woman, he won’t have needed to share this part of himself. He may have only needed to share his mind and body with them.

There could come a point in time, though, when he needs more than this and has the need to experience a deeper connection with a woman. He will no longer want to just feel sexually and perhaps intellectually attracted to a woman; he will want to feel emotionally connected too.

Consequently, it might only be a matter of time before he comes face to face with his inability to connect to his feelings when he is with a woman. Conversely, he might not be able to realise what going on straight away.

Let’s say that he has met a woman who likes but is finding it hard to feel emotionally connected to her. Instead of seeing why this is, he could believe that the woman is simply not right for him.

As if she was right for him, he would feel emotionally connected to her. Now, of course, there could be something to this but, due to what is going on for him, it is highly likely that the same thing will happen again if he was to break up with her and find another woman.

After ending up in the same position over and over again, he might start to wonder if there is something going on for him that is preventing him from being able to deeply connect with a woman. At this stage, he could feel extremely frustrated and helpless.

If he is unable to be objective and to look into what is actually going on, he could conclude that there is something inherently wrong with him and that he is somehow defective. This could be something that crosses his might even if he does look into what is going on.

What is clear is that he is not choosing to be out of touch with how he feels and to be emotionally shut down. If this was a conscious choice, it would be possible for him to just change.

As a result of this, it is important for him to be kind to himself and to realise that he is currently doing the best that he can with what he knows. If he has been this way for as long as he can remember, it is likely to be due to what took place during his early years and the impact that it had on him.

This could show that he was brought up by a mother who was, in general, anything but loving, nurturing, and safe to be around. When he was in her presence, he may have often felt anxious, scared and terrified.

He wouldn’t have been able to run away or to fight, so leaving his body was the only option available. His father might have rarely been around and even if he was, he might not have been emotionally present.

He needed his father to stand up for him and to protect him, which wouldn’t have taken place. Or, if his father did get involved, he may have been just as abusive as his mother, leaving him with no one to turn to.

Wired For Protection, Not Connection
â
What took place will be in the past, but his nervous system will be in a highly charged state and what took place will have defined his view of women. Therefore, regardless of how he views women at a conscious level, his unconscious mind/body will see them as a threat to his very survival.

To keep him alive all those years ago, what took place in relation to his mother would have automatically been generalised by his ego-mind, with this being the reason why part of him will see all women as being the same. This is why he is typically unable to be in his body and in tune with his feelings around them and ends up going into a shutdown, frozen state.

If a man can relate to this, and he is ready to change his life, he may need to reach out for external support. This is something that can be provided with the assistance of a therapist or healer.