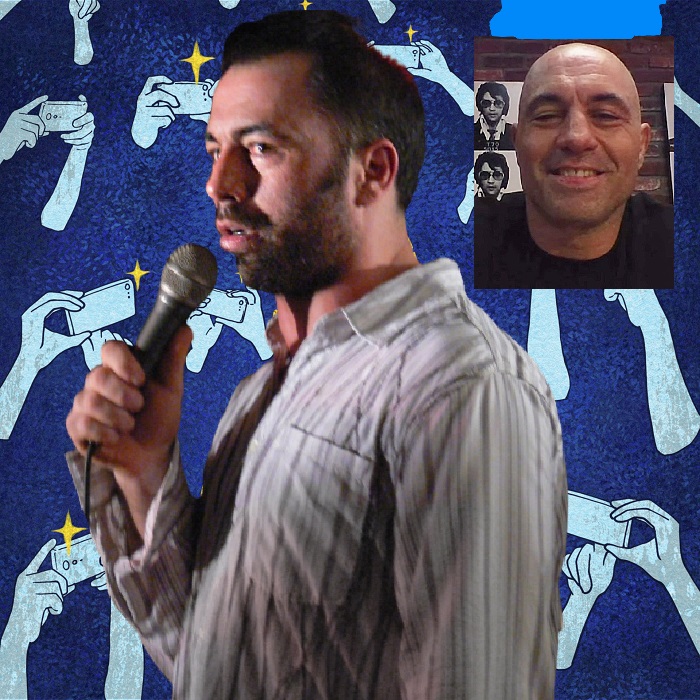 Comedian and podcaster Joe Rogan is caught in a spiral of controversies.

It began when “The Joe Rogan Experience” hosted COVID-19 vaccine skeptic Robert Malone and a number of musicians pulled their music off of Spotify in protest. It has continued with Rogan apologizing for using racial slurs in past years, which prompted the streaming service to remove scores of his old episodes from the streaming platform.

Given the thousands of hours of content that Rogan has produced, the scrutiny is unlikely to stop there. As we argue in our forthcoming book, Rogan’s podcast has long promoted right-wing comedy and libertarian political voices, including some who trade quite gleefully in racism and misogyny.

However, what makes Rogan’s rise particularly important is that it goes beyond the standard partisan political battling that Americans have grown accustomed to in social and broadcast media.

Rogan is not just a purveyor of right-wing ideologies. He is also someone who has built an empire by introducing these ideas – and a wide range of others – to listeners from across the political spectrum. His truly unique skill is drawing in from that spectrum a massive, young, largely male audience that advertisers highly covet.

When the Federal Communications Commission introduced the Fairness Doctrine in 1949, radio and television broadcasters were required to present controversial ideas in a manner that reflected multiple perspectives. However, the combination of cable television, niche consumer targeting and President Ronald Reagan’s deregulatory FCC succeeded in toppling the mandate.

By 1987, conservative talk radio figures such as Rush Limbaugh embraced fully partisan approaches to content creation and audience accumulation. Ignoring their political opponents as potential listeners, they veered further and further to the right, garnering an increasingly homogeneous audience whom advertisers could easily target.

Today, some conservative voices such as Ben Shapiro and Steven Crowder take this logic a technological step further, embracing the silo-ing effects of social media algorithms to connect with those users most likely to engage with and disseminate their content. Although such figures certainly offend those who disagree with them, their place in the mediasphere is well-established and mostly ignored by opponents.

Rogan, by contrast, is prone to ideological whiplash.

Initially, he supported Bernie Sanders for president in 2020. Then he flipped to Donald Trump. He interviews and asks open-ended questions to figures ranging from staunchly left-leaning voices such as Cornel West and Michael Pollan to right-wing charlatans including Stefan Molyneux and Alex Jones.

There is no political commonality among these people. But there is a demographic connection. For one, they are all men, as are the vast majority of guests on “The Joe Rogan Experience.”

They are also provocative guests that appeal to young people and particularly young men, a group that is notoriously difficult to aggregate, often has disposable income and has a tendency to believe that mainstream political ideas don’t reflect their own.

While Fox News sells politics to TV watchers, Rogan sells a sense of edgy authenticity to podcast listeners. His blend of comedy and controversy certainly has political implications, but from his perspective, it isn’t politics. It’s demographics.

Rogan’s economic model of accumulating young male listeners, who make up a good chunk of his 11 million listeners per episode, is particularly powerful in today’s fractured media environment.

Rogan is, for worse and for better, a true outlier in the world of contemporary talk media. Most political and many comedy podcasts employ the business model of finding an ideological space, connecting via cross-promotion and guest selection with similar shows, and allowing the algorithms of social media to drive traffic their way.

“The Joe Rogan Experience” takes this idea and pulls it in multiple, contradictory directions. Media figures left and right have – until now, at least – coveted opportunities to appear on the show. Once a comedian or podcaster has saturated their own political space, Rogan offers a chance to win over new converts and, in principle, have a discussion that breaks free of partisan constraints. For many Rogan fans, this breadth of discussion and freedom from norms is the heart of the show.

Rogan, however, is far from a neutral host of a new public sphere. His feigned naiveté is all too often a cover to promote edgy, offensive and irresponsible theories that appeal to his audience’s self-styled suspicion of authority.

He pushes the boundaries of political discourse by “just asking questions,” but then hides behind his background as just a comedian to distance himself from any undesirable repercussions.

Spotify, like other streaming services, is primarily built on a wide range of content creators, each of whom attracts a small, dedicated audience, but none of whom are, on their own, particularly powerful.

Rogan is the closest thing to a mass cultural product to be found in the podcast world. He is also one of the only names in podcasting big enough to garner headlines, good or bad. For a company like Spotify trying to boost subscriptions, Rogan’s cross-partisan, youthful, mass appeal is very hard to resist.

Rogan’s recent apologies, however, prove that he is not impervious to pressure. We suspect Spotify will try to thread the needle: covering up Rogan’s penchant for misinformation and offensive provocation just enough to meet the minimum standard of acceptable corporate citizenship without tarnishing the comedian’s brand and demographic appeal.