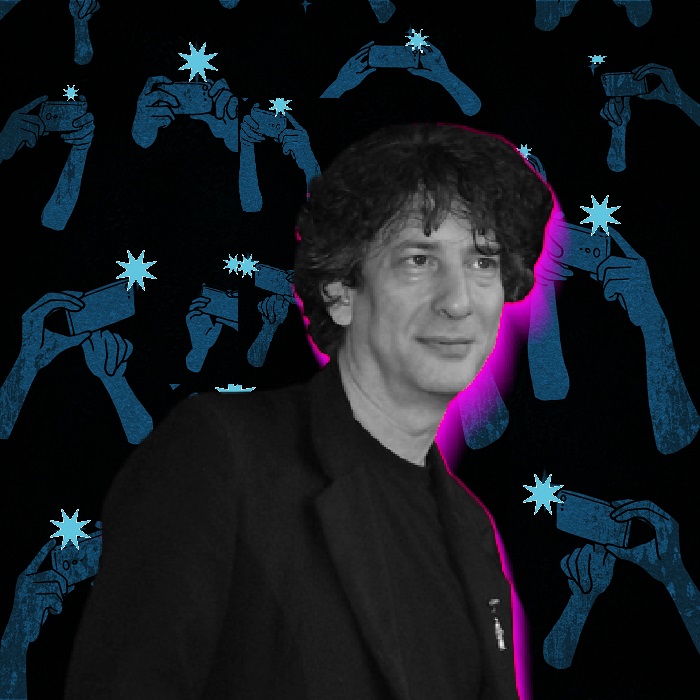 A Masterclass In Unfaithful Adaptation: Neil Gaiman’s The Sandman

Whether it’s The Handmaid’s Tale, Call the Midwife or, more recently, Neil Gaiman’s The Sandman, most of us will have enjoyed a book-to-TV adaptation. In the process, we might also have had to endure a family member or friend smugly informing us that what we’re watching is, in fact, “nothing like the book”.

Before we get into this, full disclosure: when it comes to comic books, and especially Sandman, I am that guy.

Nothing would give me more pleasure than to catalogue for you every minor way in which the new Netflix series about Morpheus, maker of dreams, differs from the original comics, which started in 1989.

Sure, you all loved the episode in the diner, for example, but honestly, it bears only a passing resemblance to the comics version. Think The Corinthian – the bad guy – is scary? Listen with amazement as I authoritatively explain how, in the comics, he really doesn’t matter much at all.

This smug indulgence, however, would require me to overlook one of the show’s central points – and in some ways its purpose. New Sandman may indeed be different to old Sandman, but that difference is an entirely conscious move on the part of the series’ makers, who include Neil Gaiman himself. And the show is all the better for that difference.

But why does it have to change?

At one level, change was necessary for practical reasons. Anyone adapting a book for TV has to accept that the constraints and possibilities of the medium are not the same, and this principle applies more in Sandman’s case than most.

Back when I first started reading comics, they were designed to be read, reread, shared with friends and debated over with frenemies until the next issue came out, usually a full month later. TV is clearly not made for that approach. Who in their right mind is going to say, “Hey, I think I’ll watch episode one of Sandman every few days this month, and only then move on to episode two”?

Things have to change when literature moves across to the screen. Take the aforementioned episode, 24/7, perhaps the best episode in the new show. This story, set in a diner, is from what is coincidentally the first great issue of The Sandman comic and was told with incredible efficiency. Gaiman had single panels, for example, depicting the events of specific hours. That approach would become quickly tedious on TV, so the makers of the new series didn’t try.

Instead, they tore the story down to the emotional heart, threw everything else away and wrote something that we know works on television: they turned it into a stage play. It gets the point of the original across without being distracted by the techniques of the original.

Practical considerations aside, however, Netflix’s adaptation of The Sandman is also making a statement – about how seasoned veterans like me don’t exercise some sort of imagined authority over culture just because we were there in 1989.

This need to resist cultural gatekeeping is something Gaiman has explicitly mentioned on Twitter, but it is also what the comics were always about.

Who gets to read comics

Back in the 1980s, comics stores were very unfriendly spaces for some people. They were dominated by white guys who revelled in being “in the know” about different characters and artists. Women, queer people and people of colour were made to feel very unwelcome. If you’re familiar with the Android’s Dungeon comics store in The Simpsons, trust me, it’s more a photograph than the caricature you might think it is. These places, places I loved, deserved the bad name they acquired.

The Sandman challenged that culture from the beginning. Gaiman was especially keen to create a comic that women could enjoy. Years later, when I was researching my first piece of academic writing about Sandman – an encyclopaedia entry on the comic – I interviewed different comic store owners. Every single one said that Sandman was the book that had got women into their shop, and this has been echoed by subsequent writing on feminism in Gaiman’s work.

The new show is as intent on inclusion as ever. It’s not just that the stories have been adapted for TV; the colour and gender identity of characters have changed as well. The decision, for instance, to replace the warlock John Constantine with Jenna Coleman’s Joanna Constantine probably wasn’t just made with Gaiman’s approval. I’d be surprised if the change wasn’t his idea.

Faithful adaptations in culture validate fan authority. It feels good, almost flattering, to be able to say, “I know about this; I read the book”. The new version of The Sandman aims squarely at the opposite result.

This strategy of unfaithful adaptation also strives to disempower our tendency to exert ownership over culture, a tendency that threatens to exclude, rather than include, new audiences. In that sense, the television series is exactly like the book.