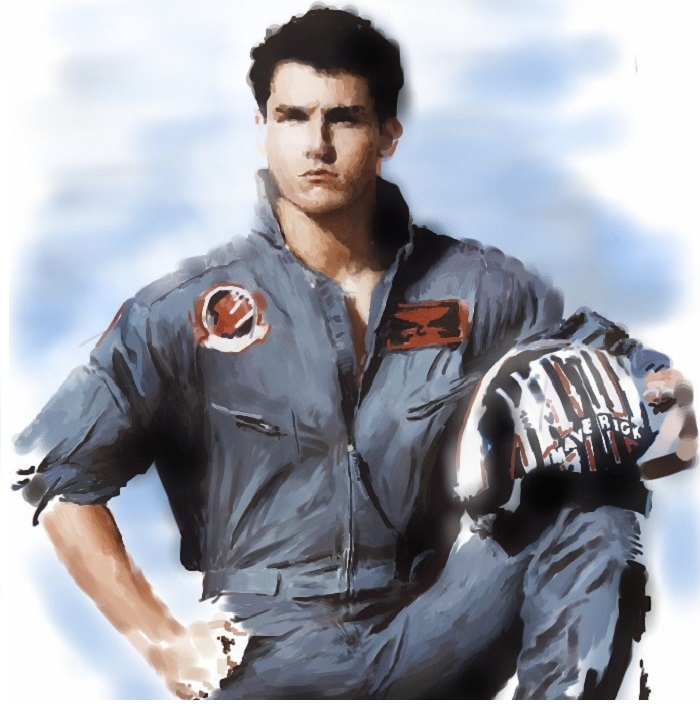 Top Gun: Maverick’s Age Shouldn’t Stop Him As A Test And Fighter Pilot, But His Lifestyle Might

When Rolls Royce Test Pilot Phil O’Dell (POD to his friends and colleagues) broke the world electric flight airspeed record last year, nobody remarked upon his being in his late 50s. At 51, no one challenged me about my age when I recently made the first flight of the British all-electric Sherwood eKub prototype as a test pilot.

And yet, in the new Top Gun film (Top Gun: Maverick), “Maverick” Pete Mitchell’s age is a key plot point. He’s one of the best pilots the US has ever seen, but he’s 57 years old. His colleagues question whether he is too old to be a test and fighter pilot.

Has Maverick got what it takes?

It typically costs $5-$10 million (£4-£8 million) to train a fighter pilot and another $1 million on top of that for test pilots. For as long as these incredibly expensive individuals remain competent, and can pass the ever more frequent and strenuous medicals, they will have a job. In my 20s I had to have an electrocardiogram (a test to evaluate the heart) every five years to maintain my medical status. It’s now annual and when I hit my 60s it’ll be six-monthly.

Yet, it’s worth asking whether the character Maverick’s lifestyle really makes him the “right stuff” of a modern test or fighter pilot.

Published research on pilot psychology tends to focus on terms such as “stability” (clearly important), and also often points out that the professional pilot lifestyle can put a lot of stress on relationships, which is certainly true. Research shows pilots tend to be more emotionally stable and less neurotic and irritable than the general population. It also shows pilots are more inclined to be conscientious.

Good professional pilots shouldn’t be people who indulge in risky behaviors or who are poor team players. A published case study cites “James” a professional airline pilot who caused safety concerns amongst his colleagues, leading to interventions, and removal from flying status. It said: “The management team decided that they had no alternative but to suspend him. Initially James threatened legal action against the airline and union and started to take very fast dangerous rides on his motorbike on the winter roads.”

But after psychological interventions the study reports that “A year later, his risk-taking behavior has reduced, and he has a good relationship with a new partner. If his progress is continued and maintained, he may become designated as ‘fit’ to fly again and return to work.” An important point here is that aviation employers – both civil and military – tend to be supportive in helping good people with “problematic” personalities adapt and change rather than simply removing them.

On the subject of ego: Maverick is not exactly the tallest pilot in the business. That would make him an ideal candidate to be declared “shortest test pilot” and lined up to test out smaller sized equipment. One RAF test pilot I know had exactly that experience. As NATO’s “UK small person” he was regularly required to test the small sizes of the latest flying kit. But can you seriously imagine someone as self-regarding as Maverick agreeing to such a task? It’s unlikely. And yet this is just one of the unglamorous but essential aspects of the job. You need pilots with confidence and self belief, but also capable of working with colleagues on every task.“

The important thing is to be ready when that unwelcome “exciting” day arrives. These pilots go through hundreds of hours of training; in the air, the simulator and even the classroom. This endless preparation and planning is the real professionalism of a modern pilot. Almost certainly Maverick’s done that study, and continues to for the endless round of tests and checks all professional pilots go through. Perhaps the filmmakers didn’t feel that made good cinema.

British novelist, aeronautical engineer and pilot Nevil Shute expressed this perfectly in his 1953 autobiography Slide Rule: “The good test pilot is not the daring young bachelor of fiction, with half a dozen girlfriends and a big sports car….The good test pilot is the happily married man with a wife and young children dependent on him, helpless people that he loves and who will be grievously injured if he loses his life. In the hands of such a man your experimental aeroplane will be as safe as it is
possible to be.”

Nowadays of-course, that is women as well as men; but the profiles are similar, and parenthood is nowadays accepted and valued in professional pilots of both sexes.

The flip side of this is that there are aspects of the fictional Pete Mitchell that I recognize in many of the finest professional pilots I’ve known. The love of flying and a willingness to pass up career opportunities, such as military promotion, to stay in the air. The passion for every technical aspect of their aircraft. The self confidence in their skills, accompanied by the drive to obsessively hone and improve that knowledge and skill. Clearly Maverick has that in spades. By all accounts Cruise, who has had his pilot’s license for decades, does too. He’s not the only Hollywood actor like that – my personal favorite is Hollywood A-lister, and United States Air Force pilot and general, Jimmy Stewart.

An American fighter test pilot of my acquaintance, at the time 60 years old with five children and 12 grandchildren, expressed it best when he said “I’m not trying to be Tom Cruise. Tom Cruise is trying to be me”.

Cruise’s portrayal of a jet pilot is only partly true to life, but it’s all in the name of achieving great entertainment. I for one, will be going to see the movie as soon as I can.