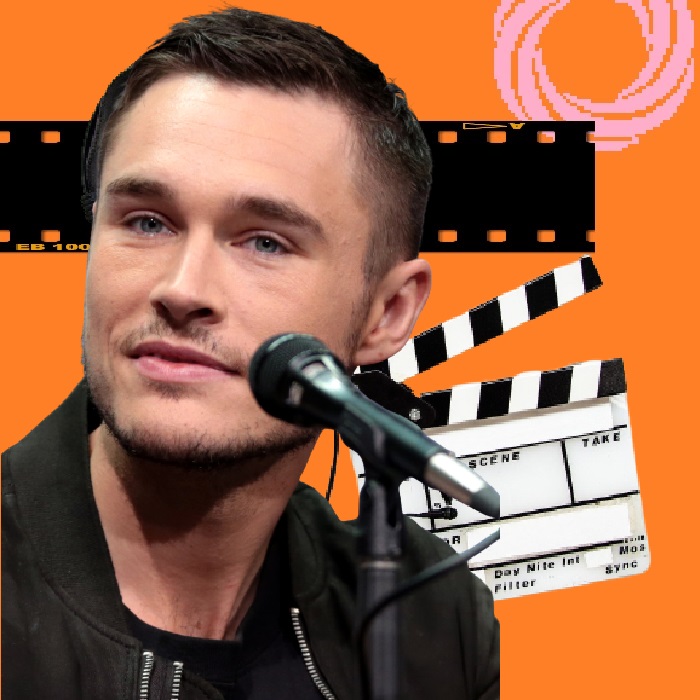 Even though he was born in Great Britain, the skinternational actor achieved fame for his work in the United States. After making his feature debut in the family film The Last Keepers (2013), Sam proved he was a keeper when he was cast as Zach Hamilton on the Showtime series Dexter (2013) starring Michael C. Hall.

Next came a recurring role on the channel’s hit show Homeland (2013) with Claire Danes and Damian Lewis.

But it was Sam’s topless turn in the small screen thriller The Following (2013) that had fans following his fine physique. In fact, Mr. Man followed Mr. Underwood to the AMC chiller diller Fear the Walking Dead (2017) just to see his shirtless form once more.

We then said hello again to Sam’s sexy skin in Hello Again (2017). The musical movie features Cheyenne Jackson, Tyler Blackburn, T.R. Knight, Nolan Gerard Funk, and Sam’s bare buns! If that’s not arousing enough, the stud’s chest is on view as well as his character’s tattoos!

Most recently, Sam (and his pecs) could be seen alongside James Mackay, Grant Show, and Adam Huber on Dynasty (2019-2021). In The CW’s reboot of the popular soap opera, Underwood portrays the dangerously dashing Adam Carrington; an arousing antihero whose shirtless presence seduces a sweetie played by Maddison Brown. Suffice it to say, Sam makes women weak in the knees — and men hard in the jeans!