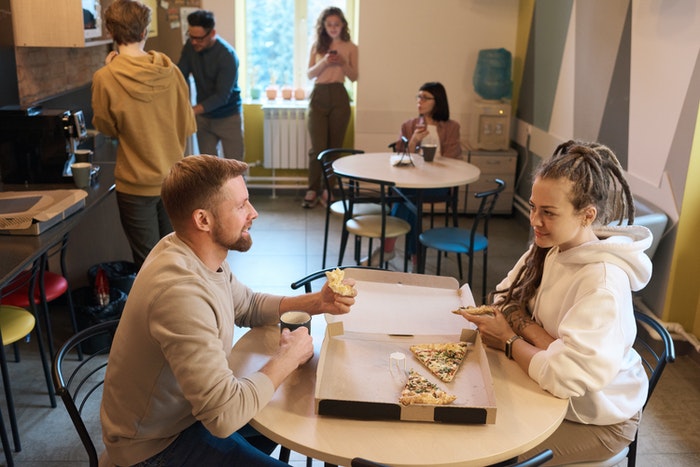 The At Work Wife – Do You Have One

Polygamy is rampant in the business world and workplace. (Polygamy without the sex, usually) The ‘At Work Wives Club ‘has many members or ‘wives’ in many business entities.

A definition of an ‘at work’ wife is someone (man or woman) who is dutifully and voluntarily bound to their boss, a so-called powerful executive (male and female executives, yet predominantly male) only in the workplace. The relationship bears a perfunctory resemblance to marriage.

The ‘at work’ wife, generally exhibits unconditional loyalty, works over and above what is required, and does whatever the ‘at work husband’ needs or requires, normally without sex involved. This employee is noted by the other employees as more than just a ‘good’ employee as the policy denotes. This employee or ‘at work wife’ is territorial and defensive as far as her/his executive may be.

Unfortunately (or fortunately) depending on what end of the receiving line you are on, this type of employee dedication is sometimes necessary yet, clearly appears to benefits the executive. Imagine, if someone were willing to do everything in their power to make sure that YOUR business day goes as smoothly as possible? The only down side is if the ‘at work’ wife wants real first wife status! Then, you hear of the boss divorcing his/her spouse to marry the secretary.

Looking at this relationship superficially it appears that the executive is the only benefactor.

Generally, but not always the ‘at work’ wife is someone from an economic class or two lower than the executive. He/she allows themselves to be defined by their association and relationship with the executive. It is not surprising to hear one of these wives stating with a sense of acquired entitlement or accomplishment that, “I work for so and so executive.”

Essentially, name dropping to impress others…and themselves. This example and others serve to delineate the ‘at work’ wife from the rest of the staff. The ‘marriage’ tends to build the wife’s confidence within that business environment and garner her/her SOCIAL CURRENCY.

It is this social currency that propels and progresses the ‘relationship’ for the employee. An executive with status may afford the employee a higher ‘status’ within the company. And at the workplace higher status is always good.
Psychologically, the association with an executive, particularly a so-called powerful one is as close as an ordinary employee will come to some sort of celebrity type of person.

Here is a limited list of characteristics that may indicate a ‘at work’ wife in your organization:

(2) He/she is very territorial of their ‘at work’ husband

(3) The ‘marriage’ can involve a female or male employee.

(4) The ‘at work’ wife is generally a traditionalist in her/his thinking, i.e. the boss is always right.

(5) The ‘at work’ wife will take on the values and/or mores of the ‘at work’ husband as their own.

(6) The ‘at work’ readily accepts and at times parrots the opinions, thoughts, and perhaps mannerisms of the ‘at work’ husband.

Dealing with these types of people can be difficult yet if you understand the power dynamic it makes dealing with the ‘at work’ wife easier. You see the situation for what it is.

It is important to note that this is not necessarily a secretary. There are others who choose to serve in this regard.
What can you add to this list?
Who’s in your office or business?

AUTHOR, ADRIENNE ZURUB is a former cardiothoracic surgical nurse with over twenty-five years of experience on a open heart team in Cleveland, Ohio. She is an astute observer noting the subtle and not-so-subtle dynamics at play in the work environment.

She is a speaker/actor/pOet/and stand up comedian. As a comedian she has performed in clubs in New York City and LA. In theater she has written and performed her solo performances pieces at Cleveland Public Theater. She performed at the historic Karamu Theater as part of Arenafest. She belongs to Toastmasters, NSAOhio, AKA Sorority,Inc., AORN, and volunteers in the Greater Cleveland community.

She is the Author of ‘Notes From the Mothership ~ The Naked Invisibles’, a memoir that coalesces some of her experiences on the open heart team with the randiness of many aspects of her life!