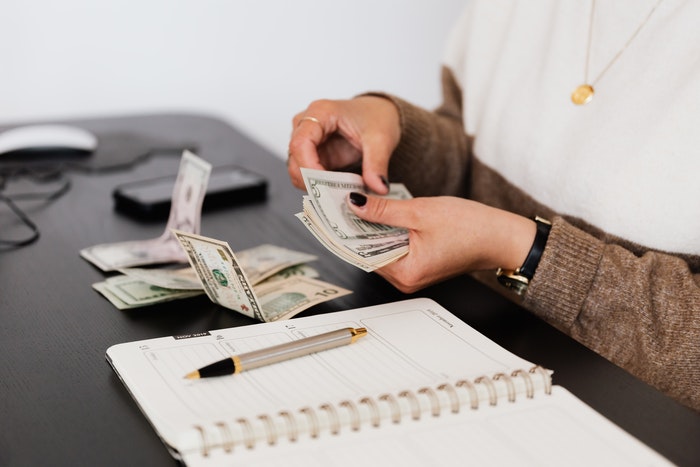 Giving Back Money That Doesn’t Belong To You – What Are The Ethics?

In Monopoly, a player who draws the card that says “BANK ERROR IN YOUR FAVOR. COLLECT $200” gets to keep the money.

But what happens when such a mistake occurs in real life?

Kelyn Spadoni, a 911 dispatcher, recently received quite a bit more than the US$80 she was expecting when financial brokerage firm Charles Schwab mistakenly transferred more than $1.2 million to her account, apparently because of a software glitch. When she discovered the extra money, she promptly transferred those funds to her other accounts and bought a new car and house, among other purchases.

One could ask whether it was unethical for her to keep the money instead of trying to return it. As a scholar who studies the ethics of debt and finance, I believe the answer is more complex than a simple “yes” or “no.”

Yes, we should return money

Consider another example: Suppose you found a wallet full of cash lying on the ground. Usually, the right thing to do would be to contact the wallet’s owner and return it, money included.

That’s because people have a prima facie obligation to return the belongings of others. Prima facie is a legal term, originally from Latin, that refers to something we take as correct until proven otherwise. A prima facie moral obligation is one that people normally have, unless there are special circumstances.

The Greek philosopher Aristotle helped to explain why people normally have a moral obligation to return the belongings of others. Being truthful and treating others fairly are key virtues in life, he argued. A good person acts with integrity and a sense of justice rather than being deceitful and greedy.

Spadoni not only spent much of the money she mistakenly received, but she refused to respond when Charles Schwab contacted her. For a whole month she ignored calls, emails and text messages the company sent her. She has since been arrested on charges of fraud and theft, apparently for trying to keep what did not not belong to her.

Other issues to consider

It would certainly be tempting to keep money that does not belong to you, but doing so is morally wrong when it is dishonest and greedy. However, matters are not always so cut and dried.

That’s because prima facie moral obligations depend on particular details of situations. Imagine, for instance, seeing a billionaire drop $10 on the ground. It would still be commendable to return that money, but the moral obligation to do so is weaker than in other cases.

Similarly, it is notable that in Spadoni’s case, she received money because of an error by a large financial institution. Moral obligations to individuals do not always translate to the institutional level, especially when an institution itself does not treat people with integrity and fairness.

Just since 2012, the Consumer Financial Protection Bureau has secured over $12.9 billion in relief for individuals whose rights were violated by financial companies. It would be unjust to hold an individual to moral standards that the financial company itself regularly violates.

Prima facie moral obligations can also be outweighed by other obligations. Imagine, for instance, that the person who found the wallet of cash needed money to provide housing or medical care for their children. Alternatively, imagine that the owner of the wallet was a notorious criminal who would use the returned cash to hurt others.

These scenarios identify additional prima facie moral obligations to care for people in need and prevent harm to others. Doing what is right in real life requires weighing all of the relevant moral considerations.

The case of debt payments

This is important because, while Spadoni’s case may appear unique, it is actually commonplace to receive money that belongs to others.

Credit cards, mortgages, student loans and payday loans, for example, are all forms of credit in which the borrower temporarily receives money that is not their own.

The moral considerations people face when trying to pay back debts mirror the questions about what to do with money that is found or received in error.

Prima facie, the moral obligation to pay these debts is apparent if we think of a loan as a kind of rental agreement. The borrower gets to use the money for a time but is expected to return it later, along with agreed-upon fees or interest.

However, other moral considerations are also relevant. Personal debt levels are now at a record high in the U.S., with more than 40% of adults carrying a credit card balance every month.

In an economy saturated with debt, with more than half of adults living from paycheck to paycheck, people can end up being forced to choose between making debt payments and getting medical care or paying for rent.

A small number of them can get relief by filing for bankruptcy. Bankruptcy protections are meant to help those whose debts interfere with access to important goods and services like food, housing, education and medical care. The idea is that debts shouldn’t take away people’s ability to provide for themselves and their family.

However, a 2005 law made it more difficult and costly to file for bankruptcy, especially for those who are already behind on bills. Many of the people who would benefit from declaring bankruptcy are unable to do so because they cannot afford the legal fees.

Moreover, some of those debts result from predatory or outright fraudulent lending and collection practices.

Wells Fargo, for instance, was fined $3 billion in 2018 for fraudulently signing people up for credit accounts with fees. And payday lenders operate by targeting people who are already struggling to make ends meet and signing them up for loans they may not be able to repay on time. When borrowers miss a payment, they experience ballooning interest rates and fees, miring them further in debt.

These examples indicate just some of the ways in which the obligation to return money to others really is a prima facie obligation and thus ultimately subject to limits in the real world.

Published in JOURNALISMS and MONEY