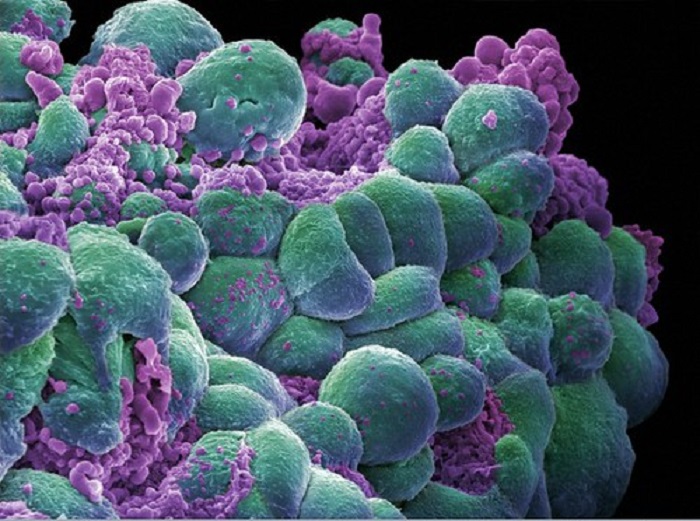 It’s A Developed World We’ve Created – But Is It Giving Us Cancer?

I had assumed that the small lump in my breast was a blocked milk duct from nursing my seven-month-old son. The news that I had stage 2 breast cancer stunned.

“But it’s not in my family,” I told the radiologist. “And I have a healthy lifestyle! Why did I get breast cancer?”

In one way or another, friends and relatives here in the U.S. asked the same question. Why had this happened to me? Their explanations coalesced around a single point: bad genes.

But when I told my friends and host family in Haiti, where I’ve been studying social and political life for the past decade, their reactions were different. They asked: Who had done this to me? Was a colleague angry? Was a family member getting revenge? Or was someone simply jealous, especially after the good year I’d had landing a new job, having a baby, buying a house and having the Cubs win the World Series? Someone must have wished me ill will.

Hearing these interpretations awakened me from the foggy shock of the initial diagnosis, and I started to look at cancer with my professional eye as an anthropologist.

My first realization was that the Americans’ and Haitians’ answers were not so different. Both responses located breast cancer as something that happens to someone else – to someone saddled with bad family genes, or someone who stokes jealousies. The responses shielded my kindred from acknowledging that cancer is something that could happen to anyone – that it could happen to them.

One in eight American women will suffer breast cancer during their lifetimes. Some form of cancer will afflict nearly half – yes, one in two – of Americans.

This is not merely because we’re living longer. Cases of younger women with invasive breast cancer have increased 2 percent annually since the mid-1970s.

As far as cancer rates in Haiti go, reliable statistics do not exist. But we do know that cancers are on a steep rise there and across the developing world, especially for younger people. We also know that this rise has a lot to do with the toxins, pollutants, diets and lifestyles that accompany development.

Considering these numbers, I realized that I was asking the wrong question, and that the answers I was receiving, be they from U.S. or Haitian confidants, were incomplete.

The question should not be why did I get breast cancer, but why are we getting it.

Toward a holistic understanding

As an anthropologist, I approach social problems holistically. I strive to understand the big picture that is often lost by focusing on singular variables: genes, jealousy. Holism encourages us to look beyond linear relationships of cause and effect and toward the assembly of forces that together influence our behaviors, conditions and outcomes.

In her book “Malignant,” anthropologist S. Lochlann Jain equates cancer to a “total social fact.” She says cancer is “a practice whose effects fissure through seemingly distinct areas of life, thus weaving them together.” The rise of cancer as a leading cause of death traces the history of industrialization, the development of social, economic and political practices that define the “developed” world, from agribusiness to industrial chemicals to Superfund sites.

When I broaden my gaze, carcinogens appear everywhere: in pesticide-treated produce, hormone-treated meat and dairy products, flame-retardant clothing and upholstery, cosmetics, birth control pills, household cleaners and soaps, gas fumes and the plastics that make up our world. Cancer infiltrates how we feed, clothe, clean, beautify and reproduce ourselves.

Granted, it is difficult to test all these factors to see which of them is killing us, and to what degree, if at all. There is no way to fit this cancerous environment, in all its entangled complexity, into a randomized control trial. We are all “exposed” as a fact of life. There is no control group.

But then again, if we continue to focus on the trees, we lose the forest. The problem is akin to discussions about climate change. It must be addressed not through piecemeal changes but comprehensive policies that target a way of life on Earth. We need to not only research and regulate specific poisons, like cigarettes or lead, but also to study the simultaneous and cumulative consequences of lifetime exposure to known carcinogens and contaminants in the environment.

Why do people, across cultures and societies, tend to focus on the individual person as the unit of analysis?

For one, it is fundamentally easier than focusing on a system: social, political or ecological. Laying blame on a person or a gene also plays neatly into the cultural metaphors we’ve sustained about all sorts of illness: that disease is a consequence of personal rather than societal failings. This certainly locates blame in the afflicted, protecting the well from facing their individual fears of illness. But it severely limits our ability to understand and eradicate collective epidemics, like cancer.

To be sure, genetics play a role in cancer, but that role has been wildly overstated. Fewer than 10 percent of women can trace their tumorous breasts to any genetic mutation, and fewer than 5 percent to the so-called breast cancer genes, BRCA 1 and 2. I am among the other 90 percent.

And yet, the bulk of funding for medical cancer research has focused on genetic causes, with only 15 percent of the National Cancer Institute budget dedicated to environmental oncology.

Not a hex, but a vexing range of reasons

There is also some truth to the interpretations offered by my Haitian friends. I do not believe my cancer is caused by a hex. But the language of sorcery, which targets people as the source of illness, does raise relevant social factors beyond the biological family. Jealousies speak to the very real connections between social inequities, antipathies, stress and illness. Still, this explanation did not zoom out and grapple with the carcinogenic environment recently imported from the developed world.

Over the years I’ve worked in Haiti, I have witnessed diets shift from a variety of grains and tubers to imported rice, pasta and sugary snacks, the simple carbohydrates associated with higher insulin levels and increased breast cancer risk. Plastics have also invaded the country.

Most people get their daily water from plastic sachets that, under the hot sun, degrade and leak cancer-causing xenoestrogens. And then there are industrial agriculture, family planning initiatives or the leftover, processed meats repackaged and sold in Haiti.

If we continue to think of cancer as happening to other people, we will fail to ask the big questions, let alone answer them.

This idea first glimmered when my otherwise kind, smart doctor brushed off my environmental worries with a shrug of futility. “You can’t escape the world,” he said.

That may be true, but we make the world. “Through a continued, unrestrained, needless, avoidable, and in part reckless increasing contamination of the human environment,” the U.S. President’s Cancer Panel reported in 2010, “the stage is being set for an acute, catastrophic epidemic.”

The steep and recent rise in cancer in the developing world, terrible as it is, teaches us that another, less polluted world once existed. Can it again be possible?