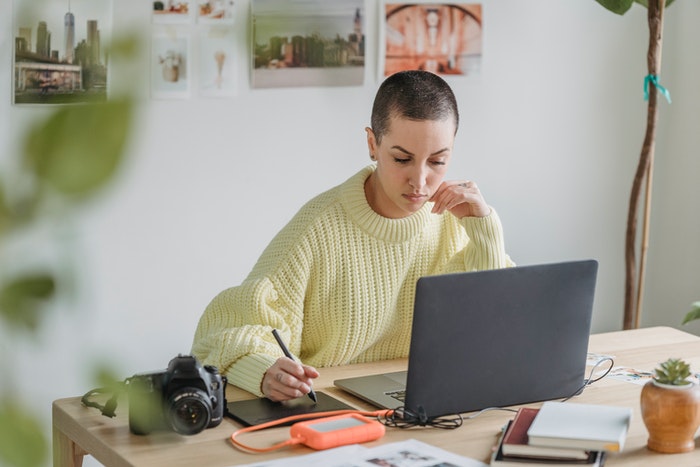 Since its inception in 1975, the Common Application, the undergraduate admissions application used by more than 900 colleges, has required students to provide their “sex,” with only “male” and “female” as choices. But starting in August 2021, the Common App is also asking students their gender identities and the names and pronouns they go by.

As a researcher who specializes in studying the experiences of transgender college students, I believe these changes represent a much-needed opportunity for colleges and universities that use the Common App to acknowledge and respect the gender identities of their trans students.

The changes mean that some colleges will have information about their trans students for the first time. Other institutions, which already give students the ability to change their records to indicate the names and pronouns they go by, will have this information more systemically.

Regardless of the extent to which a campus is now aware of its trans population, the new data allows all colleges that use the Common App to serve trans students better.

Research that I and other scholars have conducted shows that many trans students feel a sense of isolation and a lack of belonging at their college. This is due to a lack of respect for their gender identities by both individuals and the institution itself.

As a result, many drop out or do poorly academically. This can have long-term effects on their mental health, work opportunities and career success.

The need for trans-supportive policies

Many colleges have implemented policies to support their trans students, such as offering gender-inclusive housing and covering the cost of transition-related medical expenses under student health insurance. But no campus provides enough support so that their trans students do not suffer mentally and academically.

According to a 2018 national study of trans students, more than half reported feeling so depressed that they found it difficult to function within the previous year and more than a quarter had considered suicide. These figures are alarming and should serve as a call to action for colleges to look to improve the experiences of their trans students.

The number of trans students

With students now being able to indicate their gender identity on the Common App, colleges will have a sense of the number of incoming students who are out as trans.

Currently, the best estimate of the number of trans students is provided by the American College Health Association’s National College Health Assessment (NCHA). Its Spring 2020 survey found that 2.7% of students identified as trans and/or nonbinary, with the vast majority identifying as nonbinary, such as genderqueer and genderfluid.

Making use of gender identity information

The responses to the gender identity question on the Common App can help colleges track the extent to which trans students apply and enroll each year. This information can also aid colleges in understanding how these students specifically identify within the trans community. By using this data, colleges can look to improve their recruitment of trans students and create and reconfigure programs and resources to serve their needs.

Making use of chosen name and pronoun information

Colleges that utilize the Common App will also have the names and pronouns that students go by. Few college admissions forms currently ask these questions. This means that trans students are regularly referred to by their birth or legal names – what many trans people refer to as their dead names – so they are misnamed and misgendered by their schools. As a result, they often feel marginalized and invisible.

While students could go through the process of changing their names legally, many cannot financially afford to do so. Others are not out to their families, so do not want to change their names legally until they are financially independent. Others are still sorting out their gender identity and do not want to change their names until they are in a more settled place. I have worked with hundreds of trans students who are not in a position to do a legal name change.

A growing number of colleges allow students to request that a chosen name be used on most campus records and documents and that their pronouns be added to course rosters and other administrative systems. However, these policies require students to know about them and fill out special forms for the institution to respect their gender identity.

With the Common App giving students the chance to indicate their chosen names and pronouns, colleges need to be adding this information automatically to their records. This will enable campus administrators and faculty members to know and better respect the gender identities of their trans students.

Moreover, the students who indicate their chosen names and pronouns will presumably be expecting the college to include this information as part of their records, especially because the Common App indicates on the admissions form that colleges may be using this information in communicating with them. While some trans students will decide not to indicate the name they go by because they are not yet out to their families, the chosen name option provides a means for many trans students to have their gender identities acknowledged.

In my view the colleges that have their own admissions form and do not use the Common App should also ask gender identity, chosen name and pronouns on their application in order to recognize, respect and support their trans students. After all, a campus cannot address the safety, academic success and retention of a group of students if it does not know anything about this population.

From my perspective, the use of a trans-inclusive admissions form will not address all or even most of the needs of trans students. To become truly trans-supportive, colleges must eliminate the underlying assumptions in almost every aspect of campus life that there are only two genders and that everyone is cisgender. Colleges need to create a positive environment, such that trans students, staff and faculty will feel welcomed and embraced. But I believe that recognizing and respecting trans students from the moment they apply to the institution is an important start.