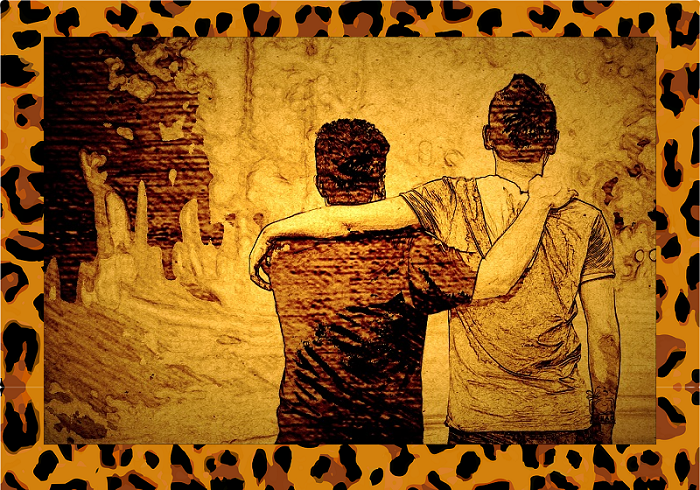 For a long time, friendships between gay men and straight men – what some now call “bromosexual” friendships – were uncommon. Homophobia was likely one reason; another was that straight men probably assumed they didn’t have much in common with gay men.

But lately, “bromosexual” friendships have started to receive more attention, acceptance and interest. They’re being explored and depicted in movies, books and blogs. In October, The New York Times even devoted an article in their Style section to “The Rise of the ‘Bromosexual’ Friendship.”

This sort of normalization is good news. But social scientists still haven’t studied the dynamics of these friendships: why they develop and how they’re maintained.

We’re part of a team of community, evolutionary and social psychologists that has recently begun a research program with the goal of studying this very topic. Specifically, we’re interested in looking at the reasons gay men and straight men become friends (or remain friends after the gay friend comes out). We currently have a survey investigation underway that explores some of the positive outcomes of “bromosexual” friendships, including our theory that gay men and straight men can be optimal wing men for one another.

Friendships between gay and straight men have always existed. But there have also always been roadblocks to their formation. Many straight men hesitated to befriend gay men, fearing harassment, rejection from their straight friends or being called gay.

The growing acceptance of homosexuality, however, has allayed some of these fears.

There are still barriers. Gay men – particularly those in conservative and rural environments – remain wary about trying to befriend straight men, fearing prejudice-fueled rejection. At the same time, many straight men still doubt that they’ll be able to relate to gay men in any meaningful way and, for this reason, may not try to initiate a friendship.

Of course, the traditional notion that gay men and straight men cannot be close friends is inherently homophobic and untrue. We propose gay-straight male friendships are not only possible, but that they can grow to be extremely rewarding. So rather than focusing on the factors that prevent these friendships, we’ve decided to focus on why they might form and flourish.

While it’s still too early for our team to be sure about our theories, here’s what we’ll be exploring in our current and future studies.

In some ways, when it comes to “bromosexual” friendships, the onus is on straight men. If they’re open-minded about befriending gay men and make the effort to try to forge friendships based upon common interests, gay men should feel more comfortable reciprocating.

So which straight men are the most likely to befriend gay men, and vice versa? And what determines whether these friendships prosper?

For one, the timing of when these friendships form may be crucial. We know that gay men are now coming out at an earlier age. Gay men who disclose their sexual orientation to their straight male friends earlier in life may be able to build more open and honest friendships with them into adulthood.

Second, recent research has argued that gender and sexual orientation might not be as black and white as previously thought, which opens up new avenues for exploring how gay and straight men can relate to one another. If a straight guy and his gay male friend are less rigid about their masculinity and sexuality, they’ll probably be more likely to discuss details about their sexual and romantic lives openly with one another.

These discussions are particularly important because they normalize same-gender attraction. Friendships also strengthen when each side discloses personal information, which can include discussing sexual experiences.

There’s another factor that could foster “bromosexual” friendships: the ability to give and receive advice from one another. Recent research has suggested that advice sharing could be a crucial reason that straight women seek out gay men as friends. In short, women are able to trust the dating advice from gay male friends because they know their gay friends don’t have any ulterior motives: They’re not trying to hook up with them or compete with them for guys.

We believe that this same sort of unbiased advice sharing might also foster friendships between gay and straight men.

Because of the trust they engender from straight women, gay men are uniquely positioned to be excellent “wing men” for single straight men.

There’s a prevailing belief that men – regardless of their sexual orientation – are more sexually promiscuous than women. For this reason, women are often wary of their suitors’ true intentions, which could be to deceive them in order to have sex.

The increasing popularity of dating websites and apps (which are rife with unwanted sexual advances from “nice guys”) has made women more skeptical — and has made it that much harder for men genuinely seeking long-term relationships.

However, straight women do tend to trust the dating advice of gay men (especially more than advice from straight men or women). Accordingly, straight men could get a leg up in dating from becoming close friends with gay men. For example, a gay friend could vouch for his straight friend’s good intentions to women. A straight wing man wouldn’t be able to perform this tactic as successfully because the woman might be skeptical of the straight wing man’s own intentions — which could be to woo the woman for himself.

We believe that having a trustworthy confidant to help with romantic pursuits is one of the major reasons straight and gay men are leaving the comfort of their same-sex, same-orientation friend groups to form “bromosexual” friendships.

Published in JOURNALISMS and LGBTQ