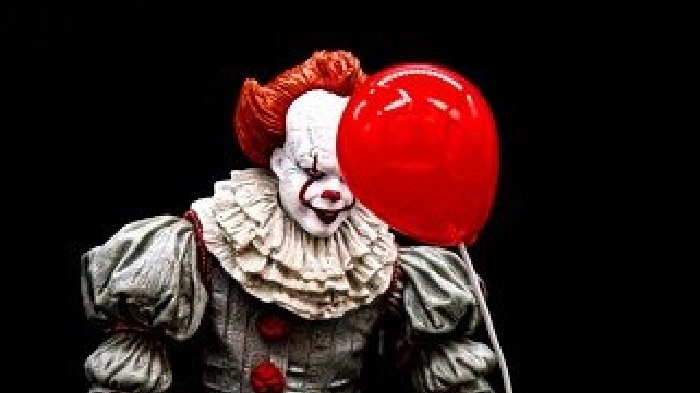 Why Clowns Are So Scary?

With clowns and clown attacks making news headlines around the world it’s hardly surprising that more and more people are developing a fear of clowns.

But even before this latest phenomenon, a good percentage of the population are known to have suffered from a phobia of clowns – or ‘coulrophobia’.

In fact, it’s thought that around 2% of the population suffer from clown phobia, with the ‘ihateclowns’ Facebook page listing almost half a million likes.

Why Are Clowns So Scary?

Perhaps the main reason why clowns can appear so frightening is because the clown’s make-up makes it impossible to read genuine human emotion.

In order to feel safe, as sighted people we depend on visual cues, facial expressions especially help us to quickly assess a person’s character.

Menace Behind the Make-Up

We might feel that there’s something dark or sinister lurking behind the make-up – as was the case with the American mass murderer John Wayne Gacey who in the 1970s, dressed as a clown called ‘Pogo, killed over 35 young people. In fact, Gacey is reported to have said that as a clown “you can get away with murder”. He didn’t of course, since he was executed for his crimes.

The ‘menace behind the make-up’ is something that the movies have picked up on. Heath Ledger’s version of ‘The Joker’ in the Batman movie for example was made up as a clown, and this made him seem even more menacing, more unsettling.

And of course there is an element of lunacy in the clown’s antics, something unpredictable and out of control about them that can be really unsettling, something that perhaps disturbs our sense of ‘normality’.

There seems to be a cultural factor in children’s response to clowns, however. Research from the University of Sheffield in the UK, for example, found that most children disliked and even feared images of clowns.

While Italian researchers found that children hospitalized for respiratory illnesses got better faster after playing with ‘therapeutic clowns’.

Whatever the reason for people’s dislike or fear of clowns, the ‘clown attacks’ now hitting the news will certainly add to this, perhaps for years to come.

Peter Field is a UK hypno-psychotherapist and Fellow of the Royal Society of Health. His range of hypnosis downloads and CDs are now available.