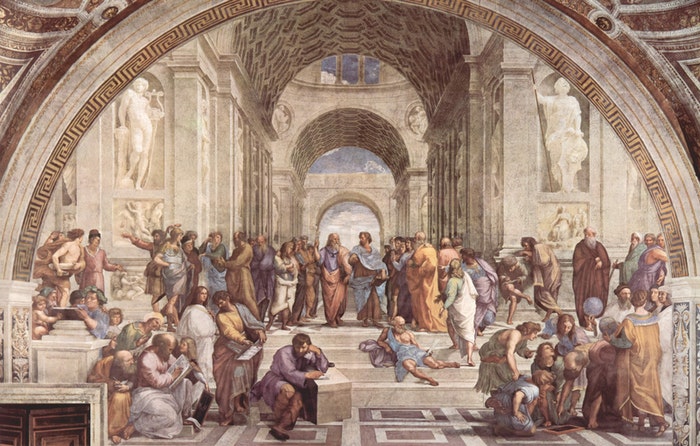 Is Art A Wise Investment? A New Platform Lets You Buy Shares Of Blue-Chip Paintings

Now the original buyer has put the work up for sale, and it’s expected to fetch over $5 million – that would amount to a return of more than 250% on the original investment.

What if, instead of the art market’s being the sole purview of the deep-pocketed, everyday people could buy shares of a pricy piece of art and sell the shares as they please?

That’s exactly what a new platform, Masterworks, seeks to do.

Art investment funds have existed for over a century. Masterworks, however, has put a new twist on an old practice, in that the platform allows individuals to buy shares of specific artworks in $20 increments. Investors can then sell these shares in an easy-to-use secondary market or wait until Masterworks sells the piece and receive pro-rata proceeds.

For nearly 10 years, I’ve taught a course on economics and the arts with art historian Nancy Scott. In this course, we spend time discussing the history and profitability of art investing, both in theory and in practice.

For those thinking of purchasing art purely for investment purposes, it’s important to understand how art investment funds have traditionally worked, and whether experts believe it’s a good investment.

The French pool their resources

An early art investment fund was called The Skin of the Bear (La Peau de l’Ours), which was based in France during the beginning of the 20th century.

The name comes from a French fable that contains the aphorism “never sell the skin of the bear before you’ve actually killed it” – the French equivalent of “don’t count your chickens before they hatch” – and it alludes to the fact that investing in art can be a risky endeavor.

Partly intended as a means to support emerging post-impressionist artists, such as Picasso, Matisse and Gauguin, the fund was run as a syndicate in which a small number of partners each contributed identical amounts to purchase a collection of paintings.

This concept – returning a proportion of the sale price to the artist – is known as the droit de suite, or artist’s resale right. Versions of this are now law in most parts of the Western world other than the United States.

This first art fund was a success. It created demand for new artworks and supported innovative impressionist and modern artists, while providing a sizable return to its original investors.

Not all funds are equal

Another famous investment in art was made by the British Rail Pension Fund.

This fund was established in 1974 to manage a small proportion of the company’s employee retirement holdings, and the objective was to buy works of art over the course of 25 years before selling them off. The fund earned 11.3% in compound returns annually, but because of high inflation during much of that period, the actual gains were much lower.

Other notable art funds ended up as failures. Banque Nationale de Paris’ art fund sold its investment in 1999 at a loss and a fund run by British art dealer Taylor Jardine Ltd. did the same in 2003. Britain’s Department of Trade shut down The Barrington Fleming Art Fund in 2001 after determining it was set up under fraudulent circumstances. And Fernwood Art Investments, founded by former Merrill Lynch manager Bruce Taub, failed to even launch after Taub was found guilty of embezzling his investors’ funds in 2006.

Nonetheless, there are art funds that are still in operation, such as Anthea and The Fine Art Group, and, of course, banks and auction houses have long described investing in art as a suitable diversification strategy for the wealthy.

But what do economists say about art as an investment?

Is it really a ‘floating crap game’?

Economic theory suggests that, by definition, investing in art could provide lower returns than investing in stocks. That’s because it’s thought of as a passion investment. Like investing in sports memorabilia, jewelry or coins, part of the return to investing in art ought to be the intrinsic enjoyment of the objects themselves. The total return consists of the monetary return and the enjoyment of ownership.

But it’s important to actually analyze the numbers.

One of the very first papers on the monetary return of art investing was published in 1986 and written by the late eminent economist William Baumol.

The title? “Unnatural Investment: Or Art as a Floating Crap Game.”

Baumol estimated the long-run inflation-adjusted returns to investing in art, over a 300-year period, to be just 0.6%. Some researchers have since estimated higher returns. For example, work by Yale finance professor Will Goetzmann and economists Jiangping Mei and Mike Moses found inflation-adjusted returns of 2% over 250 years and 4.9% over 125 years, respectively. Estimated returns vary based on the time period, sample and methodology.

Furthermore, these studies don’t include transaction fees, which, when it comes to art, can be sizable, thanks to the hefty commissions charged by the auction houses or private dealers for serving as the middlemen. They also don’t take into account sample selection; paintings that plummet in value often can’t be sold at auction.

Both the Goetzmann and the Mei and Moses studies, however, estimate that the performance of the stock market doesn’t seem to be correlated with returns on art investments. So there may be some benefit to investing in art as a way to diversify your portfolio.

Masterworks, however, is a bit different from the traditional art funds discussed above. Investors are buying shares of a single piece of art, rather than investing in a fund that includes multiple works. The price of entry is much lower, and, as long as there are willing buyers for the share of artwork, investors aren’t locked into the fund for a particular time period. Investors can earn a return just by selling shares that go up in value, without waiting for the artwork itself to be sold.

But like the traditional art funds, investors in shares of art sold by Masterworks will make money if the price of their artwork goes up, and lose their money if it goes down.

Ultimately, Masterworks seems innovative and fun. The format will likely appeal to a younger generation of investors, many of whom may have started investing small amounts through apps such as Robinhood.

The site is easy to navigate and could provide some enjoyment – even I was tempted to dabble in buying some shares.

But should you hope to get rich from investing in art? Probably not.

Furthermore, unlike Skin of the Bear, it doesn’t necessarily benefit emerging artists. Masterworks focuses on established works with a track record, by artists such as Banksy, Andy Warhol and Claude Monet, to name a few.

That being said, Masterworks could bring investing in art to a mass audience. But, caveat emptor: Art is a risky investment.