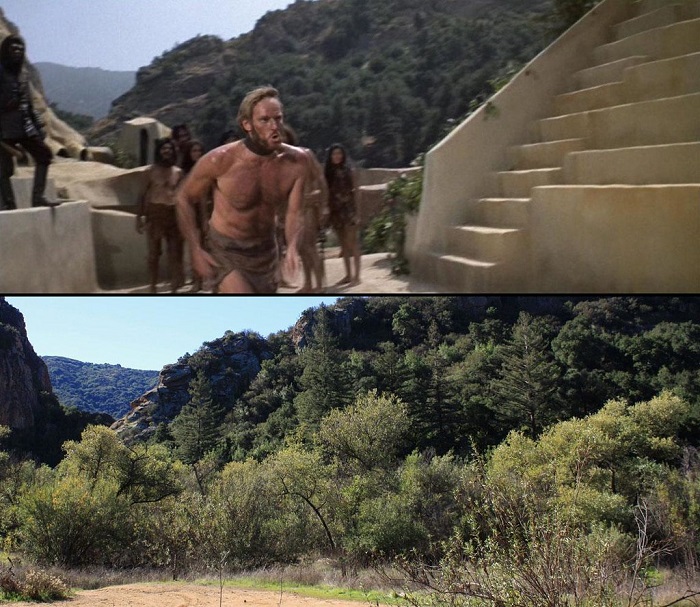 Must-See Planet Of The Apes Movie (1968), As Relevant As Ever

Planet of the Apes, the original movie with Charlton Heston, was produced in 1968 when I was a child of only five years. Back then, I was joyous whenever this science fiction film aired on television because I was also passionate about the future of space exploration and the possibility of encountering aliens on another planet. However, it all seemed so surreal. Furthermore, I thought it was impossible that apes could have ever commanded the world. Fifty-three years later, having viewed the movie again, I can interpret the script from a different, mature perspective while also appreciating the prophetic capacity of the plot, which included poignant visuals and metaphors. It is not my intention to give away everything that happens in this science fiction movie. However, I aim to point out some parallels with events that are happening in the early 21st century. As readers know, science fiction sometimes predicts the future and gives viewers ideas about improving technology and lifestyle. In this respect, Planet of the Apes is exemplary.

At the time of filming, viewers of the movie might have questioned the outcome of space exploration because the United States was in a race with the Soviet Union to get to the moon. In 1967, three astronauts had lost their lives in a fire during a launch pad test, demonstrating the danger of such exploration, raising questions about safety. In school, we who were children read books about how we would one day travel into space ourselves, and by July 20, 1969, Apollo 11 took three American astronauts Michael Collins, Neil Armstrong and Buzz Aldrin to the moon on a flight that lasted eight days, 3 hours, and 18 minutes. Thus, there was much impetus to create sci-fi films exploring numerous possibilities!

At the beginning of the film, four astronauts, three men and a woman, are in the middle of a voyage into an unknown frontier, space. First, Charlton Heston, who magnificently plays the role of Captain George Taylor, sets the stage with his dictation of a diary, explaining how he and his crew have sought to fulfil the mission’s aims. Then, finally, he settles down for a long nap, with the spaceship set on autopilot. Not surprisingly, these men land somewhere in the middle of a lake, on a planet unknown to them. Having found that their female crewmate died, the three remaining men know that they won’t have long to live if they don’t find food. So, they set out on this quest to figure out where they are as well as how to survive.

Surprisingly, the spaceship had three men but only one woman on it. At one point in the film, Taylor says that the female crewmate had been sent to repopulate the planet. One might consider it odd that one woman, rather than two, was sent on the voyage, bringing into question the ability that humans have to utilize foresight. However, they didn’t consider the possibility that she might die along the way. The fact that the crew didn’t believe the woman’s death a possibility represents the notion that people often prepare for the future without considering everything that can go wrong. In real life, people tend to be optimists who think their lives will be better somewhere else when, in fact, life could be much worse on another planet or in the future. Thus, human progress isn’t always guaranteed, especially when attention isn’t given to details.

First and foremost, Taylor’s crew discovers that the mysterious planet in the movie is ruled by apes, making viewers imagine that in real life, animals could run the world if humans were no longer on the planet. These advanced apes speak English and possess human characteristics as well, repeating unethical mistakes like those of humans. Obviously, the apes in the film mistreat humans, including a tribe of primitive prelingual humans who don’t understand the language of the astronauts. In addition, the powerful primates use humans to conduct scientific experiments, often stuffing their bodies to display them in museums, enabling George Taylor to question such practices. Whereas he had been unsatisfied with life on Earth years earlier before his flight into space, Taylor now finds that this new world is much worse than he had ever imagined.

Taylor reads the ship’s calendar to indicate that their arrival on the planet is on November 25, 3978, years after their 1972 departure. Taylor encounters Nova, a mute woman who represents the simplicity and kindness of prelingual tribes without technology, unable at that point to threaten the planet. She is unlike the many sophisticated women that he had met in the old world from which he came. She follows him, trusts him, and does whatever he signals with his expressions that she must do. She also personifies the simple beauty of a woman who asks no questions and does as she is told.

Cornelius and Zira are two intellectual chimpanzees who care about finding scientific truth no matter where it takes them. Zira, a chimpanzee, has a mind of her own and follows her sense of logic despite what male chimpanzees dictate to her. Her main desire is to understand scientific truth wherever it takes her, without the religious dogma of the chimpanzees. Her mind is genuinely open and willing to try to understand the connection between the primates and humans. Cornelius, her husband, is an absolute pacifist, supportive of his wife, an intellectual genius versed in history, representing both a personified primate and an open-minded male.

Still, Dr Zaius, their supervisor, is an orangutan who utilizes religious primate’s doctrine to protect the world from scientific truth. Although he is well-educated, the movie doesn’t reveal exactly where he and the other primates completed their studies.

The pursuit of scientific truth versus covering it up for the sake of politics in this film parallels governments denying the discoveries of objective scientists who wish to present facts. So many scientific facts are disregarded as they would hurt the economy. Moreover, influential individuals and companies have denied climate change, claiming that it is merely a natural process, and they are still are in denial. The film is foreboding, warning that humans can still try to save the planet.

George Taylor ultimately finds that he is not far from home in a place where life is upside-down, with humans as the lowest link. While Dr Zaius thinks that man will destroy everything, he sees nothing wrong with covering up the truth, editing it as he pleases for what he sees as the greater good. As a result, both people and apes appear self-serving, even if a few are ‘different’. The result is a lot of dry, barren land, an ape populace going down the same path as humans, perhaps ignoring the truth. Knowledge is masked in a fake truth to meet the needs of the power, which is as detrimental as sheer ignorance. Planet of the Apes makes for great classroom discussion! This movie is well worth watching for its storyline, exceptional acting, and convincing costumes. Most importantly, it encourages viewers to ask many relevant sociological and scientific questions–no doubt, intellectually stimulating!

Laura Gail Sweeney, Ed.D., is a full-time writer and artist from Asheville, North Carolina. She taught school in Georgia for more than twenty years. Readers can find her books online in various bookshops.