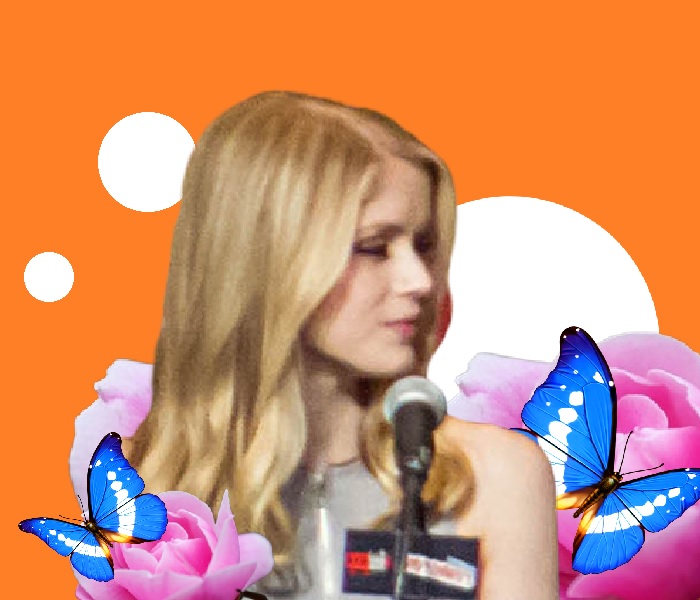 With her blonde curls, pursing lips and fresh face, Big Apple native Erin Moriarty is the apple of many fans’ eyes. Although her favorite book is Tim O’Brien’s The Things They Carried, we’re more interested in the way she carries her rack, dating back to her bikini-clad turn in the slasher film Toy’s House (2013).

After scoring recurring roles on the ABC dramedy Red Widow (2013) and the HBO mystery True Detective, the busy babe played Hope on Netflix’s Jessica Jones (2015). During the Marvel series, she gives viewers something to marvel at: namely her butt cheeks! Meanwhile, on the big screen, the skintastic actress was without clothes in Within (2016). Even though we couldn’t see her private parts, she thrilled audiences by flashing her flesh in the shower and strutting her stuff in a blue brassiere.

By 2018, the arousing ingenue was literally smoking in the horror flick Monster Party, thanks to her skintight swimsuit and cigarette. She made her true nude debut in the John De Lorean biopic Driven (2018), wherein Erin goes topless to tout her terrific ta-tas!

If that’s not hot enough, the hottie also kisses Isabel Arraiza and grabs her breasts! Ms. Moriarty returned to the world of spandex with Amazon’s hit superhero series The Boys. In addition to exposing her chest and butt cleavage, she reveals part of her rump during a hump! Looks like Erin’s super-power is her superior-posterior since the thought of her bum will make your shorts transform into The Incredible Bulk!