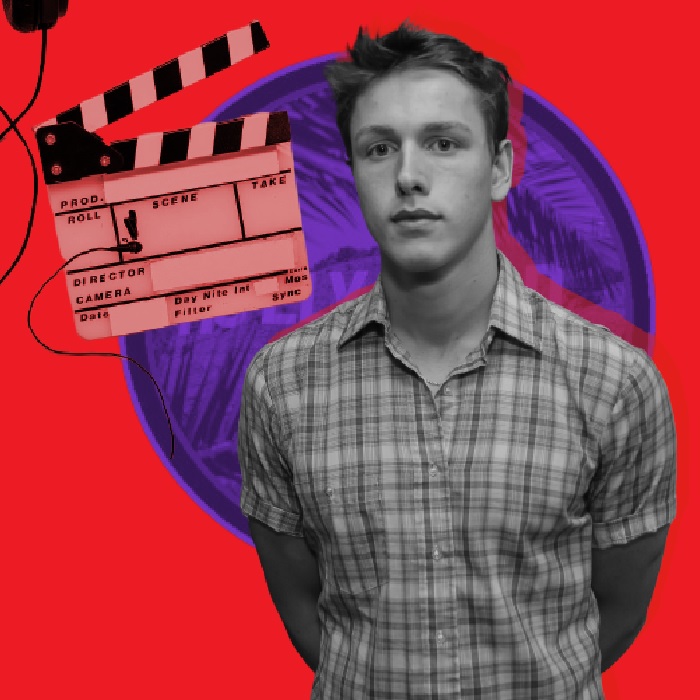 You can’t spell Harris Dickinson without dick! The British bloke almost was a seaman but before he joined the Royal Marines, his acting coach convinced him to return to London’s RAW Academy. It turned out to be a great decision since it let us see his naked T&A on the TV thriller Clique (2017). The boob tube babe also portrayed J. Paul Getty III on the FX series Trust (2018).

Trust us when we say Dickinson’s shirtless stint is something to see! Not only does Harris show off his bulging briefs when he goes for a swim, he also appears as a naked model. If that’s not hot enough, the hottie flashes his bare butt! But not before the nude-comer blew us… away with his revealing role in Eliza Hittman’s R-rated drama Beach Rats (2017).

When his character questions his sexuality, we get to see the skintastic actor experiment with straight and gay sex. The latter act includes views of Harris with Erik Potempa and Douglas Everett Davis collectively. Did we mention Mr. Dickinson exposes his bare bum, manbush, cock and ballocks?! No wonder why he received the London Film Critics Circle Award! Next came Postcards from London (2018) featuring Richard Durden, Jonah Hauer-King, Silas Carson, and the chiseled chest on Harris as he poses for pics in his knickers!