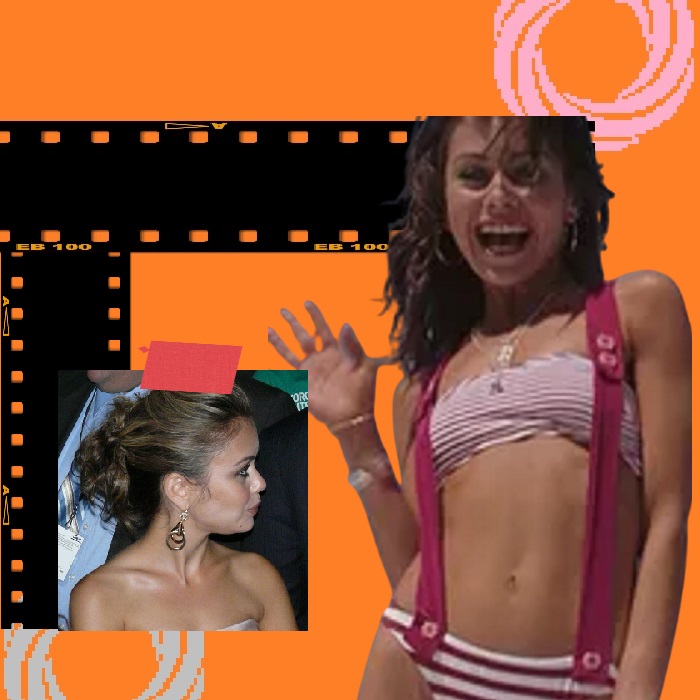 Playing the teenage daughter of hot mama Sharon Stone, Alexis’s character is named, with stunning appropriateness, Lolita (she also clearly inherited her screen-mom’s ease and confidence when it comes to showing her naked vagina).

The five-foot-two powerhouse of a sex pixie was raised in New York and spent the first years of her career in a succession of television roles, including an evil cheerleader on Comedy Central’s classic cult series Strangers with Candy, Rah-rah-RAW! Alexis Dziena also turned the heat way, way up on TV hits such as Witchblade (2003); Law and Order: Special Victims Unit (2003); Law and Order (2003); Joan of Arcadia (2005); One Life to Live (2007). Alexis Dziena also had recurring roles on the TV series Invasion (2005 to 2006), and she made skintastically memorable impact in 2009 on eight episodes of the HBO Hollywood bro comedy Entourage in the role of Ashely Brooks.

With a smoldering sensuality too broad for the boob tube alone and a flawless form too erotically explosive to keep covered, Alexis leapt to big-screen stardom in Broken Flowers and  has kept her movie career scorching big screens in flicks such as the Anne Hathaway nude bust-out Havoc (2005), as well as Sex and Breakfast (2007), Nick and Norah’s Infinite Playlist (2008), Fool’s Gold (2008), Tenderness (2009), When in Rome (2010), Wrong (2012), Sister (2014), and Without Ward (2015). Alexis Dziena is a sexy fiesta!