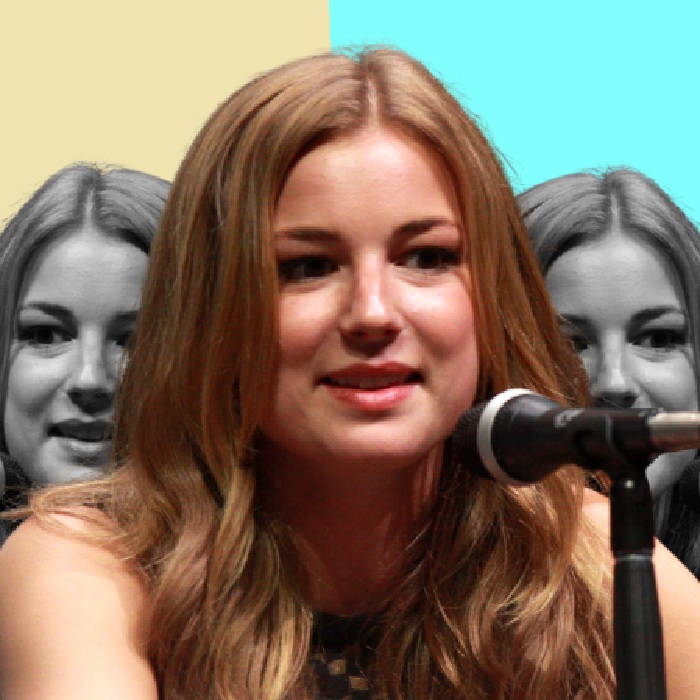 With her wise-beyond-years poise and grace, it comes as no surprise that golden-haired gal Emily VanCamp’s first gig was portraying a young Jacqueline Kennedy Onassis in a TV movie. Canuck cutie Em became a fixture on the Canadian boob tube as a child, in particular when she co-starred with Elisha Cuthbert on a multi-episode arc of the kiddie fright show, Are You Afraid of the Dark? But it wasn’t until she landed the role of Amy Abbott on the WB series Everwood that Emily VanCamp became a household name in the U S of A.

We watched Emily grow from a coltish lass of sixteen to a willowy woman of twenty on the show, and then our Everwoodies suffered after its cancellation in 2006. Thankfully the sweet-faced stunner turned up — and on — ferociously filling a bikini with her flawless form on the NBC series  Brothers & Sisters alongside Calista Flockhart and Rachel Griffiths (nude in Six Feet Under; Among Giants; Me Myself I; Very Annie Mary; Blow Dry; Burning Man; and Mammal).

Emily VanCamp burnished an even teenier bikini when she landed a role on the ABC series Scandal. Scoring the lead on the Fox medical drama series The Resident, Emily VanCamp made more that just our temperatures rise when she scorched the boob tube by strutting about in lingerie while getting it on with her guy.