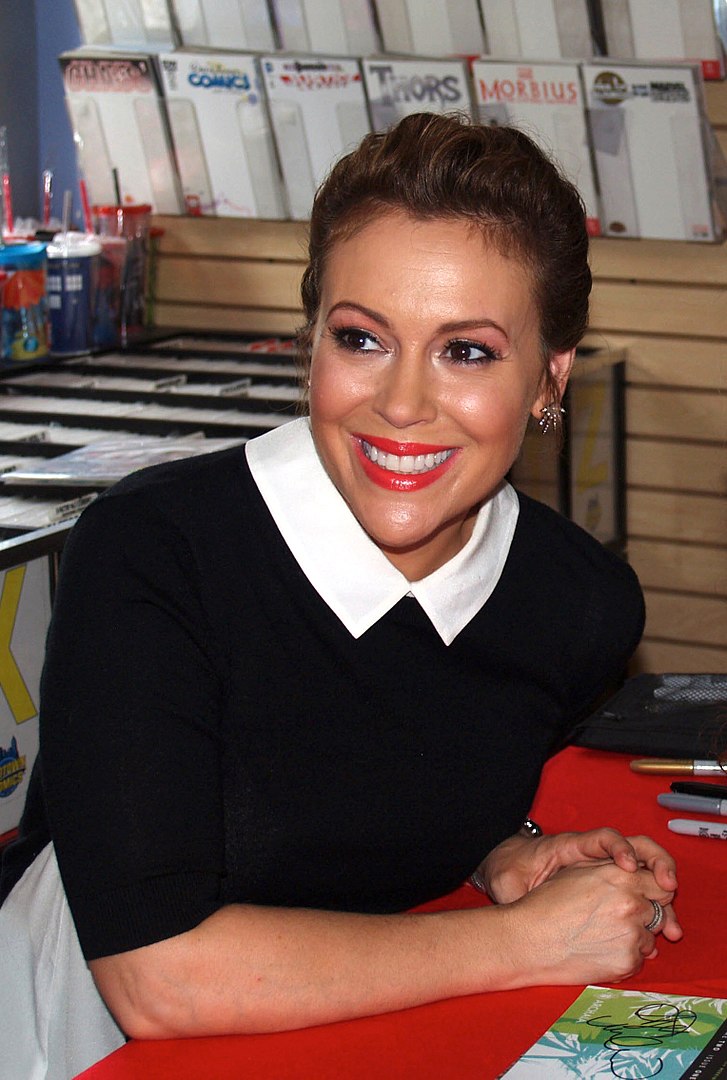 Alyssa Milano’s Is The Boss!

Alyssa Milano played Tony Danza’s daughter on the TV series Who’s the Boss?, teaching viewers the joys of watching a young girl develop, buy a bra to handle her blossoming charms, and then lose her virginity. When the show was canceled, Alyssa lost the bra, and her massive talent and massive mams spilled over onto the big screen. In Embrace of the Vampire (1994), she embraced more than gothic occultism and the prospect of eternal life, but lesbianism and threesomes too. Watch as the former star of Commando (1985) goes commando, taking off her white dress to show off her bubble butt, lets a man lick her breasts, allows Charlotte Lewis to photograph her topless before kissing her bare chest, and gets double teamed by a man and woman. All in one movie! For Poison Ivy 2 (1996), Alyssa’s bouncingly firm dynamic duo showed why two is better than one.

She scratched our itch for more nudity by showing off her Double D dadas to an art teacher, then while her and a guy undress each other we see her fun buns. Returning to the small screen didn’t mean buttoning up her expressiveness. When she went topless for The Outer Limits we couldn’t control ourselves, seeing that set on television. Be careful though, the guys that try to bang her in that episode end up inside her, in a bad way. Bewitching with Shannen Doherty, Rose McGowan, and Holly Marie Combs on TV’s now sadly defunct Charmed, Alyssa definitely put a spell on us, but for something really charming, check out naked Alyssa in Pathology (2008). You’ll have to look quick, but there’s a brief shot of the twins as she rides on top a man. The pathology of horniness is seeing Alyssa’s rack! Recently Alyssa has been working on TV mostly, in shows like Mistresses and Insatiable, while becoming very active in left wing politics. Milano’s cookies will melt in your mouth.