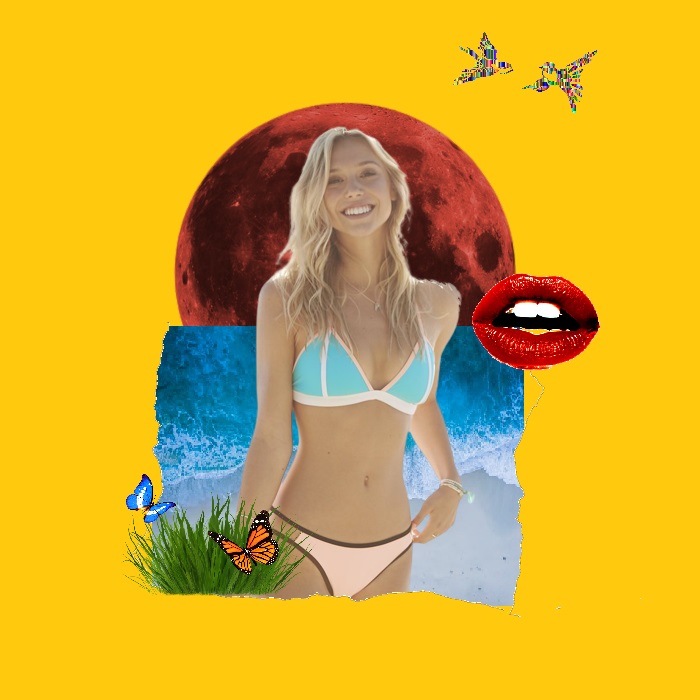 Born of Russian and German descent, Alexis Ren is an all-American California girl who has adoring fans from around the world. After being homeschooled in Santa Monica, she garnered international attention when photos of her posing by the pool in a black string bikini went viral on Tumblr.

Since then, the social media darling began modeling which eventually morphed into acting. But not before she became Maxim’s cover girl in August of 2017; was named 2018’s Sports Illustrated Swimsuit Rookie of the year; and showed off her skintastic assets in the 2016 edition of The LOVE Advent calendar.

Per the UK magazine’s annual tradition, Ms. Ren’s photo shoot is covered in a short video which showcases the be-thonged babe’s beautiful buns as she engages in some suggestive squats! Breast of all, the voluptuous stunner touts her impressive cleavage as she lifts weights in a see-through brassiere. In other words, her arousing workout routine will make you sweat too!

After popping up in a couple of music videos and competing on the ABC hit Dancing with the Stars (2018), Alexis made Maxim’s Hot 100 list of the Sexiest Women in the World in 2019. The arresting ingénue then lent her sexy presence to the Western series Deputy (2020).

During a steamy scene in the Fox drama, the foxy actress flaunts her bodacious bod in a cleavage-enhancing brassiere with black panties. If that’s not hot enough, she’s also riding a guy. That is, until a cop walks in. Looks like Alexis is busted!