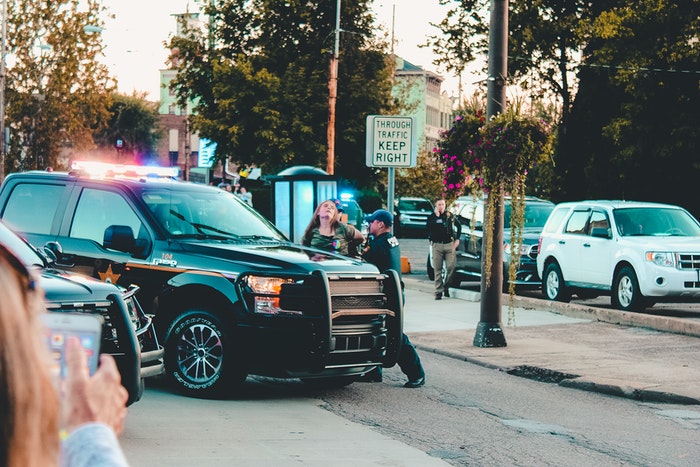 “I value people and education and life,” school board chairwoman Kim Ellison told a local newspaper. “Now I’m convinced, based on the actions of the Minneapolis Police Department, that we don’t have the same values.”

On June 4, Guadalupe Guerrero, the superintendent of Portland Public Schools in Oregon, followed suit, saying: “We need to re-examine our relationship” with the Portland Police Bureau.

Research supports these efforts to limit the number of police officers regularly stationed in schools. Other approaches, such as improving school climate, are better at keeping schools safe.

Further, as researchers who study school safety and the use of police in schools, we recently discovered another reason why taking cops out of America’s schools may be a welcome trend.

Based on our research, school resource officers don’t view their job only as keeping kids safe. They also spend a lot of time trying to make students trust the police and believe that the police are generally good.

School resource officers are sworn police officers who work in schools. They are usually armed and in uniform, and are trained and generally supervised as police officers, not school employees.

The problem we see with that sort of pro-police messaging is that the message is often at odds with some of the violent police behavior students have experienced or seen in their communities.

For example, research on the experiences and perceptions among black students and students from largely black communities finds that they have also learned that the police are an ever-present threat to their freedom and their lives. The all too common scenes of people of color dying at the hands of police reinforce what they’ve learned.

Thus, when the cops they see in their schools are saying one thing but the cops on the street are doing something else, it puts students in a position where an authority figure is asking them to believe something that blatantly contradicts their own reality.

A better way, we think, would be to have educators and police think more critically about the conflict between what police tell students and what they see – and to consider whether police even need to be in schools to start with.

Consider, for instance, the words of one student we interviewed who told us how his school resource officer’s message contradicts what he sees in the news about the police.

“I always see on the news police officers doing everything to hold people down and stuff and I’m like nope, don’t want to run into them,” the student said. He added that his school resource officer “just makes me think different about them they may be doing the right thing.”

In another instance, a teacher described how a school resource officer justified the arrest of a student’s father, suggesting that the father was at fault for the family’s suffering. “We weren’t out to get your father,” the officer told the student. “Your father broke the law.”

In a different case, a Hispanic student asked whether the school resource officer was going to arrest the student’s mother due to concerns about her citizenship status. The officer dismissed the student’s concern as biased, failing to recognize how law enforcement’s role in actions against undocumented immigrants might have contributed to the student’s worries.

About half of all public schools nationwide have police officers in schools, including large proportions of rural (44%), town (58%), suburban (49%) and city (45%) schools.

Over the past several years, we, along with education researcher Samantha Viano of George Mason University, have discovered dozens of instances where school resource officers use their positions of power to deliver pro-law enforcement messages – often to counter the negative news coverage that police have been getting as of late for use of excessive force.
The school resource officers in our study, who worked at all levels of K-12 education, from elementary school through high school, consistently described teaching students to trust police as their second-highest priority, safety being the first. They saw negative portrayals of police as unwarranted. One officer argued that “the news media… puts a bad rep on a lot of police officers.”

The school resource officers actively sought to counter negative views about their profession with positive messages about what they do. One officer told us “it’s a PR thing … we’re wanting to make sure that those kids know that, you know, police are not the bad guys.”

To build trust and goodwill, the officers fostered relationships with students, greeted them with high-fives and worked to be approachable.

School leaders reinforced this approach. One district leader stated: “I think that is desperately needed to understand that law enforcement are a positive in our society.”

School resource officers, as well as teachers and principals, recognized that not all students came to school with a positive view of police. But, rather than considering how police might contribute to such views, our research shows that they described students as biased against police because of negative news stories.

Where there are schools with officers present, we see a need for school leaders, teachers and school resource officers to allow more critical discussions about policing. This could involve explicitly teaching about police violence, facilitating student-led activism projects or dialogue about police behavior.

As school resource officers seek to build positive relationships with students, they should also recognize that the high-fives they give them at the school door aren’t emblematic of the treatment those children and teens may receive once they leave the school premises. Educators and the police should listen to and validate students’ experiences and acknowledge problems of policing rather than ignore them.

[Deep knowledge, daily. Sign up for The Conversation’s newsletter.]