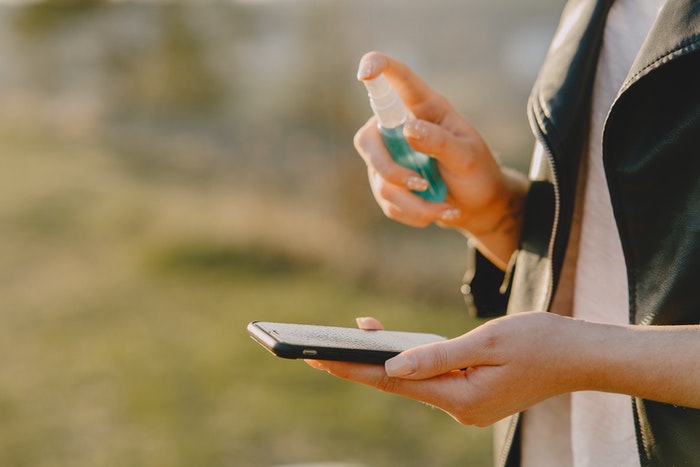 Under pressure from the coronavirus pandemic, states are turning to prisoners for support.

To date, nearly every state in the U.S. has announced that its incarcerated populations are contributing labor to the pandemic response.

I am a sociologist who studies how emergencies affect correctional institutions. Dependence on incarcerated workers in times of disasters is embedded throughout emergency management policy and practice at the local, state and federal levels.

But that dependence may now be putting these prisoners at risk of illness or even death.

In the weeks since the coronavirus began to spread across the U.S., every state has declared an emergency, allowing state resources to be directed toward fighting the pandemic.

Incarcerated people in state prisons, representing approximately 1.3 million potential workers, are considered state resources. In my research on state-level emergency operations planning, I’ve found that the majority of states plan to use incarcerated workers to respond to emergencies and disasters.

For example, after disastrous flooding in Cook County, Illinois in 2016, inmate labor was used for sandbagging and debris removal. In the same year, Indiana turned to state prisoners to cull poultry infected with the avian flu.

Federal policy also offers an incentive for using incarcerated workers for emergency-related labor. When President Donald Trump declared a national emergency under the Stafford Act on March 13, the Federal Emergency Management Agency Public Assistance program made money available for states’ COVID response efforts. This program allows local and state government to be reimbursed for costs associated with the management of the emergency or disaster, including the costs of using incarcerated workers.

According to the program guidebook, FEMA pays for prisoner labor costs “based on the rate that the applicant normally pays prisoners,” as well as “prisoner transportation to the worksite and extraordinary costs of security guards, food and lodging.”

Most incarcerated workers are assigned to work within the correctional institution, for local government agencies or for nonprofits. The pay for such work is, on average, between US$0.14 and $0.63 an hour. Certain states, including Alabama, Arkansas, Florida, Georgia and Texas, do not pay wages for such work assignments.

Some states have announced pay increases. In New York, incarcerated workers are reportedly being paid $6 an hour to dig graves, a task assigned to them in the New York City pandemic response plan. In North Dakota, incarcerated workers who clean and disinfect facilities are being offered bonuses for “good work.”

Participation in correctional industries is voluntary and the pay is higher, on average between $0.33 and $1.41. However the conditions under which incarcerated individuals participate can be coercive. The 13th Amendment to the U.S. Constitution was passed to abolish slavery, but an exception was created for persons convicted of a crime.

Incarcerated people do not have the constitutional right to refuse to work. If they don’t volunteer to participate in a certain type of labor, they can be assigned to work in another area that would offer significantly less pay or even no pay, depending upon the state.

Furthermore, they do not have any control over their work conditions, though
incarcerated workers have protested against exploitative labor practices by organizing work strikes in prison systems across the U.S., most recently in 2018.

In February, I began to track how state prison systems are adapting their operations and policies in response to the coronavirus, including the decision to use incarcerated workers for response efforts.

Research shows that decision places the workers in danger.

Correctional and detention facilities are particularly vulnerable to the risks of the coronavirus. Incarcerated populations go about their daily routines within a crowded environment. That poses significant challenges to implementing effective social distancing practices.

The Centers for Disease Control and Prevention suggests canceling assignments that take incarcerated workers outside of the facilities and that administrations plan for the need to “implement alternate work arrangements.” The CDC also suggests – but does not mandate – certain safety precautions for incarcerated workers if infections appear within a facility, including social distancing and the distribution of personal protective equipment.

Evidence is emerging that corrections officials may not practice the recommended social distancing.

On April 3, the Arkansas Department of Corrections posted an image of incarcerated workers making masks while sitting next to one another. A video posted on April 7 showed incarcerated women in Arizona making masks, at times working only within inches of each other.

In a report from The Marshall Project, one former prisoner says that incarcerated workers within state prison industries do not have access to masks and gloves.

Idaho has shuttered its correctional industries operations out of safety concerns related to the coronavirus.

Meanwhile, in Pennsylvania, as prison manufacturing ramps up, incarcerated people are working longer hours. With the entire state prison system under quarantine, some Pennsylvania prisoners are now working 12 hours a day, six days a week to produce masks, antibacterial soap, medical gowns and disinfectant. (According to the state department of corrections, the standard workday for incarcerated workers is six hours a day, five days a week.)

In Missouri, incarcerated workers are continuing to wash and handle hospital laundry. This arrangement has the potential to introduce the coronavirus to the state’s incarcerated populations.

In early February, the Healthcare Laundry Accreditation Council president issued a statement on the impact of the coronavirus on laundry practices. She described how “all soiled linen should be handled as if it is contaminated.” And the organization states that following their standards only “minimizes” the risks of exposure from contaminated materials.

States and the federal government look to incarcerated populations to supply labor at a reduced cost, even as it may subject them to risk of harm and even death.

The most visible example of this are the incarcerated who volunteer to fight fires. These firefighters in California are more likely to experience certain injuries, including fractures and dislocations, as well as inhalation of smoke and particulates, when compared to civilian firefighters.

The decision to continue to use incarcerated workers for hazardous work that could expose them to the coronavirus or facilitate the spread within the facility lies with corrections authorities and emergency management officials.

Every day, the number of incarcerated persons and prison workers who have tested positive for COVID-19 grows. In my view, corrections and emergency officials should be doing everything in their power to reduce the impact of the coronavirus on a vulnerable population by following recommended health guidelines.

[You need to understand the coronavirus pandemic, and we can help. Read The Conversation’s newsletter.]