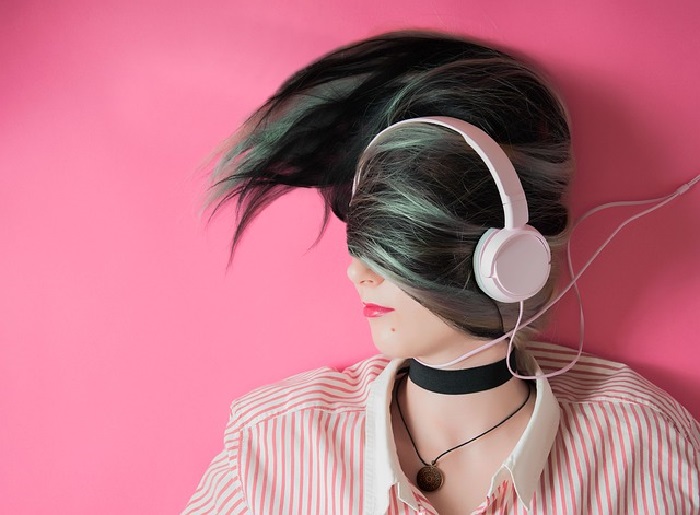 A Brief History: How Pink Became Fashion’s Color Of Controversy

From the blush pink of royal mistresses to the hot pink of tabloid party girls, pink has gained a reputation for being a provocative color for those who dare to wear it.

So much so that worshipers at a North London church were ordered to remove pink chairs after an ecclesiastical judge claimed that the choice of color scheme could “cause puzzlement”.

This pink panic invites the question: why is pink so controversial?

A brief glimpse at its rather colorful history in the Western world reveals associations that both shape and challenge what pink means.

According to historian Valerie Steele, the birth of pink in modern fashion began in the 18th century. By this period, pink had become the color of choice among courtly elites of the Western world, including royalty and aristocrats.

Developments in dye making and the French court’s penchant for cutting-edge garments provided the perfect pairing to begin pink’s success as an emerging fashion staple.

Perhaps the most instrumental influence on pink’s power was Madame de Pompadour – the mistress of King Louis XV. She was often portrayed by the painter François Boucher sporting her signature pink gowns and shoes, most notably in his 1759 piece Madame de Pompadour.

In his 1758 painting, Madame de Pompadour at Her Toilette, she is shown applying rouge from a box of cosmetics – the blushed cheeks implying female sexuality. For Steele, the color pink in this period becomes attached to both the frivolity of French high fashion and the eroticism of white femininity.

From the 18th century court to the 20th century home, pink gained further traction in the 1950s. As British professor of design history Penny Sparke writes: “Linked with the idea of female childhood, [pink] represented the emphasis on distinctive gendering that underpinned 1950s society, ensuring that women were women and men were men.”

Marilyn Monroe’s iconic pink gown in Gentleman Prefer Blondes (1953) paired with her typecast “dumb blonde” film roles and her pin-up past work together to reinforce the star as a sex symbol to be desired by audiences. As film scholar Richard Dyer argues, Monroe represented the epitome of sex in conservative 1950s American society.

On the other end of the scale, the first lady of the United States Mamie Eisenhower – wife of president Dwight D. Eisenhower (1953-1961) – cultivated an image of the ideal housewife through her famous “First Lady Pink” looks.

Her stunning 1953 inaugural outfit was a sparkling pink gown embroidered with more than 2,000 rhinestones. She was well-known for her love of all things pink and transformed the White House with this colorful decor, so much so that the household staff called it a “Pink Palace”.

Beyond the 1950s, pink moved away from its associations of conformity and took on a new purpose: resistance.

Paul Simonon, bassist for English punk band The Clash, famously said that “pink is the only true rock and roll color”.

We can certainly see this in the way that punk musicians re-appropriate the sweet and girlish connotations of pink to create subversive performances.

For her 1999 performance at Glastonbury, Hole’s Courtney Love – notorious for her raw and raucous vocals – unexpectedly swapped her rebellious grunge girl look for a pink costume of ballet slippers and fairy wings.

Pink is also the color of feminist activism. The 2017 women’s march saw protesters taking to streets in pink “pussy hats”.

They were responding to a recording of then president Donald Trump, in which he boasted about grabbing women “by the pussy”.

This explicit connection between pink, female genitalia and activism is a feminist statement that emphasizes women’s lack of autonomy over their own bodies in a patriarchal society.

The connotations of pink are not fixed, but malleable. Whether worn by film stars, musicians or celebrities, the colour takes on new meanings through irony and reclamation.

The 2001 film Legally Blonde subverts the gendered “dumb blonde” stereotypes associated with wearing pink by following the successes of a sorority girl who goes to law school.

When Madonna donned her pink Material Girl look, she positioned herself as the new Marilyn Monroe: a blonde bombshell for the era of Second Wave Feminism. She reworked Monroe’s tragic stardom into a narrative about female empowerment and survival.

On TikTok, the #Bimbo trend involves feminine-presenting content creators finding inspiration in the once derogatory “bimbo” label. Their videos reclaim the label as a playful aesthetic and a new feminist lifestyle.

Despite its longstanding associations with feminine frivolity and excess, pink consistently proves itself to be a transgressive color. It moves with the times and does not shy away from parodying its own past.

If Paris Hilton’s surprise runway appearance earlier this year in sparkling pink Versace bridal wear tells us anything, it’s that pink should never be underestimated. It still has the power to shock, fascinate and make a statement.

Published in BEAUTY, THE TRENDS, TOP FOUR and VIDEO REELS