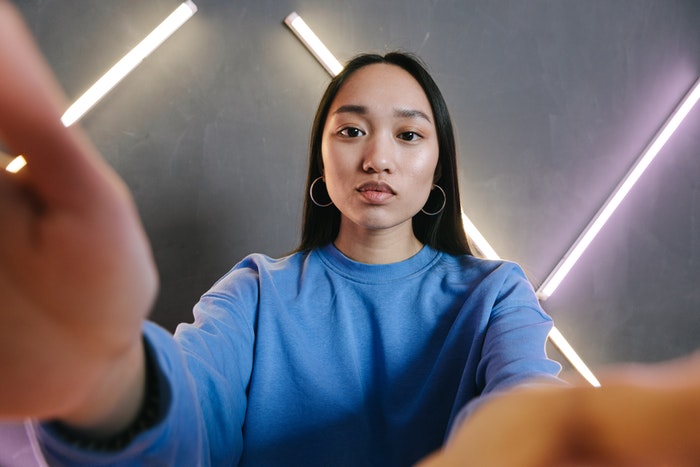 A recent TikTok video that has been liked by almost half a million people encourages girls to record themselves putting one finger down for every time they have been sent unsolicited dick pics, begged for nudes, catcalled, repeatedly asked out after already saying no, and forced to do something sexual when they didn’t want to.

Similar videos about sexual assault posted by young women became popular in 2020. The new video is aimed at teens and focuses on sexual harassment. By calling attention to how common sexual harassment is for teen girls, the “Put a finger down: Sexual harassment edition” video has become the 2021 TikTok teen version of the #MeToo movement of 2017.

This trend brings together two nearly universal realities in the lives of teen girls: the ubiquitous presence of social media and the daily barrage of sexual harassment. As a developmental psychologist, I think this trend showcases how teens have developed a modern way of coping with a long-standing problem.

Pre-COVID-19, a Pew Research Center poll found almost half of teens in the U.S. reported being online “almost constantly.” Over the past year as they were stuck at home during remote schooling, teens relied on social media even more to cope with the forced social isolation.

Lockdowns and remote learning are especially painful for teens, because they are at the developmental stage when the need to connect with peers is at an all-time high.

At the same time that teens are spending more hours of their day on social media, the content of what is getting posted has become increasingly focused on social issues and “real-life” challenges and worries.

It occurs so commonly, and in public spaces like hallways and cafeterias, that by middle school almost all students (96%) have witnessed sexual harassment happening at school. If it isn’t in the school building itself, it is on their phones: four out of five teen girls have had at least one friend who has been asked by a boy to send a “sexy or naked” picture.

These sexual harassment experiences don’t leave girls unscathed. Girls describe sexual harassment as making them feel “dirty – like a piece of trash,” “terrible,” “scared,” “angry and upset” and “like a second-class citizen.” Seventy-six percent of girls report feeling unsafe because they are girls at least once in a while.

Yet, despite the damage it is inflicting, girls rarely talk about their experiences. Even though they report feeling scared, angry, helpless and embarrassed, they rarely report the harassment to teachers or parents and rarely tell the harassers to stop – largely because of worries about the social consequences.

So, instead of saying something, more than 60% of teen girls say they try to “forget about” or “ignore” the harassment, chalking it up to “just part of life” as a girl. The problem with trying to ignore sexual harassment is that it does not work. Decades of research on the most effective ways to cope with stressful events shows that seeking social support and confronting the source of the stress are much more effective coping strategies than trying to downplay or ignore the problem.

So, while the latest social media hashtag fad might seem trivial, talking about sexual harassment experiences in a TikTok video is likely profoundly beneficial. Teens use social media to connect with others. Research has shown that, although passively scrolling through others’ social media feeds can lead people to negatively compare themselves with others, which can contribute to feeling envious of others’ seemingly better lives, actively using social media – by posting their own thoughts – can increase a person’s sense of social connections.

Social connection, in turn, leads to greater psychological well-being. This social media effect seems especially true for girls: In studies in which girls used social media to honestly talk about themselves, they perceived greater social support, and their well-being and positive feelings got a boost.

This sense of honest social connection is particularly important for teens who have been sexually harassed. Our research has shown that teen girls are more likely to stand up for themselves and confront perpetrators of sexual harassment when they believe their peers support them. If honest disclosures on social media about their experiences help teen girls feel connected with others, they may feel empowered to say something in real life, too.

Putting a spotlight on sexual harassment

Beyond helping the girls who make the videos, this recent social media trend likely also benefits the people watching the videos. The 2017 #MeToo movement made more than half of teen girls feel that they could tell someone about what happened to them. It helped them feel less alone.

It also helps label these pervasive everyday behaviors as problematic. It is good for girls to recognize this doesn’t have to be just a “part of life.”

It is also good for boys to see that girls are not flattered by these behaviors. Our research shows boys sexually harass girls largely because their friends do it and because it becomes the norm. They often think this is how boys are supposed to express romantic interest. Boys are rarely taught what sexual harassment is, and they often don’t realize how upsetting it is to girls.

Maybe these 45-second videos, instead of being just a fad, can be the public service announcement all teens need.