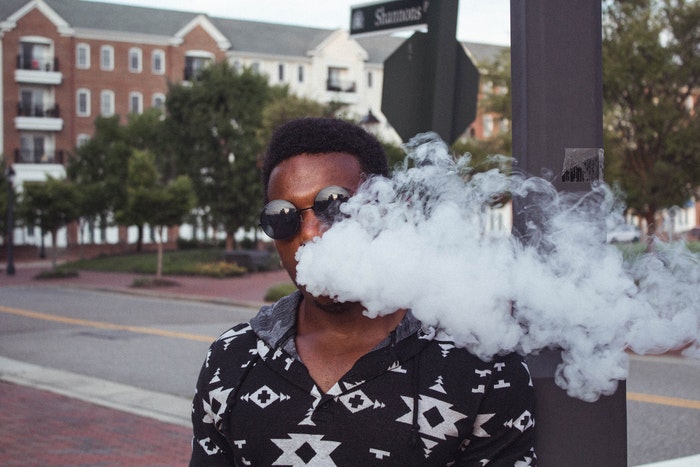 E-Cigarettes Get FDA Approval: Essential Reads On The Harms And Benefits Of Vaping

After being on the U.S. market for around 15 years, an e-cigarette has, for the first time, been authorized for sale by the Food and Drug Administration.

The government agency announced on Oct. 12, 2021, that three products from the vaping company Vuse had been given the green light to be marketed, along with one device in which the approved cartridges are placed.

Although limited in scope – the authorization only relates to tobacco-flavored e-cigarettes and not the wider range of flavors that critics say are aimed at younger consumers – the move by the FDA is seen as a major development for the vaping industry. Many manufacturers of e-cigarettes are currently in a state of limbo, with their products still awaiting official authorization.

The FDA said that its decision on the Vuse products came after data showed e-cigarettes helped addicted adult smokers switch to vaping. But the move follows arguments over the merits, or harms, of e-cigarettes that have dragged on for years. It is a debate that The Conversation’s authors has followed carefully.

The benefit to smokers

The FDA highlighted the role that e-cigarettes can play in weening nicotine-addicted smokers off harmful cigarettes. This concurs, to a degree, with recent research.

Reviewing evidence from 50 studies that included more than 12,000 participants, Jamie Hartmann-Boyce and Nicola Lindson at the University of Oxford found that the findings provided more confidence that e-cigarettes with nicotine – such as those now approved by the FDA – can help people quit smoking better than other replacement aids such as gum or patches. The review also found “no evidence of serious harm of e-cigarettes with nicotine.” Hartmann-Boyce and Lindon note that the data was limited, meaning that such harms cannot be ruled out.

The two Oxford scholars conclude that “e-cigarettes with nicotine are not risk free but are considerably less harmful than smoking.” When translated into action, this means: “If you don’t smoke, don’t start to use e-cigarettes. If you do smoke, consider switching.”

The harm to youth

But it is the concern over nonsmokers – especially teenagers – taking up e-cigarettes for the first time that has fueled the debate. University of Michigan’s Tammy Chang and Marika Waselewski note that between 2011 and 2019, e-cigarette use among high-schoolers skyrocketed from 1.5% to 27.5%.

The pair surveyed over 1,000 people between the ages of 14 and 24 to discover what was behind the surge. Asked why they thought people their own age vaped, respondents gave answers like “social pressures, the desire to experiment and ‘the buzz’ from the product.” Most were aware of the dangers.

Although the majority of young vapers go for flavored e-cigarettes, among them fruit, menthol, mint, candy and dessert, Chang and Waselewski found that just 5% of young respondents mentioned the taste as a reason for vaping.

A matter of taste

Even if not that many young people mentioned taste as a reason to start vaping, having flavors that appeal to a younger audience has been a key strategy of the e-cigarette business.

Leah Ranney, director of tobacco prevention and evaluation at University of North Carolina at Chapel Hill, argues that companies have deliberately used flavoring, alongside other youth-targeting strategies, to lure younger nonsmokers into vaping.

“The use of appealing packages and flavors has a significant impact on young people, causing them to perceive these tobacco products as less harmful and, in turn, making them more likely to experiment and continue using tobacco products,” she concludes.

Concerns over e-cigarettes are not restricted to how it may be leading teenagers to nicotine products. As Ilona Jaspers, also at University of North Carolina at Chapel Hill, notes, e-cigarettes have only been popular for a decade or so – too early to say for sure what the long-term health risks will be to users. Jaspers studies how inhaled chemicals and particles affect human health and is far from convinced that scientists are fully aware of the extent of the dangers of vaping as yet.

“It took decades for epidemiologists to discover that regularly inhaling the smoke from burning plant material, tobacco, caused lung cancer. Why would the scientific community be so quick to assume e-cigarettes would not have hidden dangers that might take years to manifest too?” Jaspers writes.

She notes that there are hundreds of recorded cases of lung injuries that are associated with vaping and that the “onset of these significant health problems is much faster” than with smoking-related diseases. In short, she argues, a comparison with regular cigarette smoking is missing the point: Vaping in itself has health risks.

So on to regulation

Whether comparisons to regular old smoking is appropriate for the relatively new e-cigarette sector is part of the reason it took the FDA so long to get around to regulating vaping products.

Michael P. Eriksen, of Georgia State University, explained in an article in 2016 that the federal government had been slow in casting a regulatory eye over e-cigarettes because the courts ruled that e-cigarettes were tobacco products and not drug-device combinations, which would have required FDA oversight. Things were further muddied when President Barack Obama’s Family Smoking Prevention and Tobacco Control Act allowed the FDA to regulate some tobacco products, but “did not explicitly include e-cigarettes,” Eriksen notes.

As a result, the e-cigarette industry was “basically unfettered” for a period of time. That changed in August 2016 when the FDA’s Center for Tobacco Products was handed regulatory authority over all electronic nicotine delivery systems, including e-cigarettes, a move that led to this week’s announcement that a trio of e-cigarette products had become the first to get authorizations for sale in the U.S.