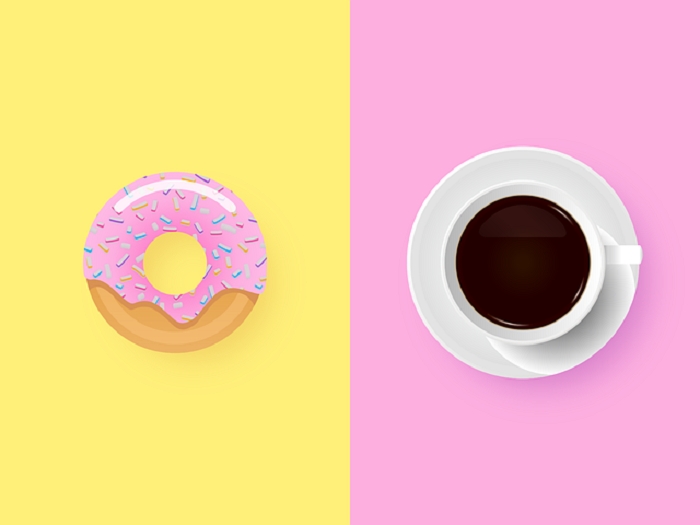 That Morning Cup o’ Joe May Do More Than Perk You Up: It Might Destroy You

With a Starbucks on virtually every block, and “a grande iced triple-shot, extra-whipped skim mocha” a normal way to ask for an afternoon drink, it’s not always easy to remember what it was that we drank before the caffeination of Manhattan. With a couple of cups of java just to get going in the morning and a double espresso to concentrate better in the afternoon, coffee is becoming synonymous with energy. And New York is all about energy.

But is it good for us?

Symptoms of caffeine overuse include depression, anxiety, restlessness, stomach upsets, nausea and vomiting. Moderate to heavy coffee consumption may even lead to heart disease. Addiction to sugary coffee drinks or sweet colas may also lead to extreme mood swings or even diabetes.

Coffee may also cause an increase of stress hormones, according to Stephen Cherniske, author of “Caffeine Blues.” Everytime we drink coffee, the adrenal gland produces adrenaline, the same thing that happens when we are afraid or angry. After a prolonged period of excessive caffeine consumption, the adrenal gland doesn’t have any more adrenaline to produce. This leads to chronic fatigue, constant exhaustion and susceptibility to disease. Dr. James D. Lane, who studied caffeine for 15 years, found that stress hormones produced by a cup of coffee did not leave the body of the participant for 24 hours after consumption.

“If your eating is imbalanced, you are going to require another stimulant, following your cup of coffee, to get your adrenaline back, Manhattan-based Dr. Craig Fishel says. Most people reach for a cookie or a piece of chocolate after their skim latte precisely for this reason.

Caffeine is a substance found naturally in the leaves, seeds, fruits and nuts of more than 60 different plants, and is added to food and many over-the-counter medicines. It is absorbed and distributed very quickly into the body; it passes directly into the central nervous system or the brain. Often combined with vast amounts of sugar in beverages, caffeine can be hard to quit for some.

“I had headaches for a week after stopping drinking coffee,” says retired New Yorker Bill Choney.

Eighty-five percent of all Americans drink coffee on a daily basis, according to the Duke University Medical Center — maybe whether they want to or not. “Caffeine is similar to nicotine in its addictive properties,” Feishel says.

But caffeine can be kicked.

“The best way to quit caffeine is to replace half of your morning beverage with a decaffeinated alternative, gradually decreasing the caffeinated portion,” Fishel says.

“My taste buds became more sensitive after quitting coffee,” says Nina Mineyeva, a manager at Ernst & Young. “I discovered a whole world of herbal teas and other delicious beverages, instead of just mechanically gulping coffee.”

Since everyone has a different tolerance level to caffeine, the key is knowing where to draw the line and how to get that New York-energy buzz while staying healthy, physically and emotionally.

Here are some ideas to help beat the cuppajoe jones.

Coffee alternatives in New York do exist. Try going to your local health food store, to try multiple varieties of herbal teas. You can also experiment with chicory root and barley drinks. As always, don’t forget to be hydrated by drinking water.