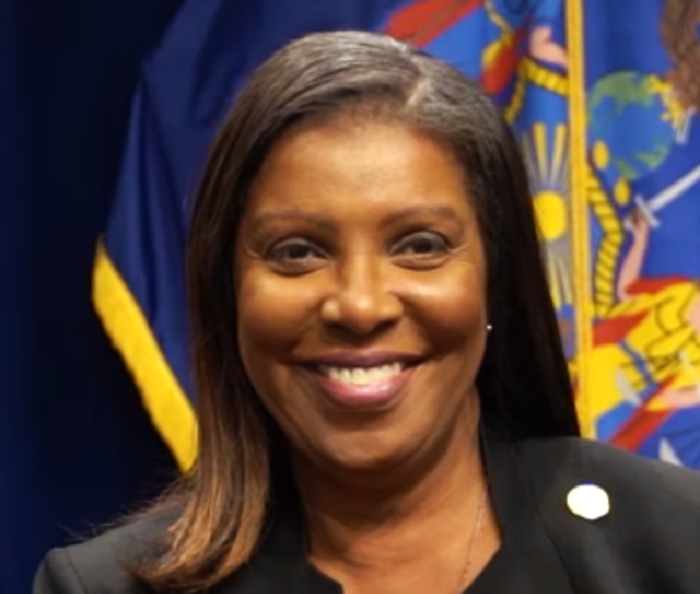 Tarana Burke’s #MeToo movement has evolved in the four years since it exploded on the national scene with the Weinstein scandal.

From a flurry of #MeToo-related headlines in 2017, the movement has now produced a broad array of legal reforms and changes to the way organizations respond to harassment allegations. Two recent high-profile examples – involving New York Gov. Andrew Cuomo and video game maker Activision Blizzard – illustrate the power of these reforms. They also show how much employee culture has changed in the intervening years.

As a workplace law scholar, I’ve been writing about the #MeToo movement for some time. Here are five takeaways I noticed from both the Cuomo investigation and the Activision Blizzard lawsuit.

1. Due process can serve interests of victims too

The #MeToo movement – or at least, the public version splashed across the headlines – was noteworthy for the swiftness with which public figures resigned following public allegations of misconduct, or were fired following an investigation. Critics claimed that all-too-public firings offered insufficient “due process” to the accused, who might otherwise have been exonerated.

However, the cases of both Cuomo and Activision Blizzard reveal how lengthy investigations can also serve the interests of harassment victims. In Cuomo’s case, New York Attorney General Letitia James conducted an extensive harassment investigation. Her team reviewed documentary evidence, corroborated victims’ stories and identified additional victims. One week after her report was made public, Cuomo resigned.

In the case of Activision Blizzard, a two-year investigation by California’s Department of Fair Employment and Housing against the company uncovered systemic problems with pay and promotions. The investigation, detailed in a lawsuit filed by the state, describes an alleged “frat boy” culture that serves as “breeding ground for harassment and discrimination” where men “proudly come into work hungover,” make “unwanted sexual comments” and “play videogames … while delegating their responsibilities to female employees.” Underneath that culture, the state of California claims that women were offered lower starting pay, fewer stock options, “steered into lower level” jobs and passed over for promotion.

Such lengthy investigations are not without their drawbacks. They often freeze the status quo in place while the investigation proceeds. The New York attorney general’s harassment investigation also cost taxpayers an estimated US$3.5 million – a cost that could have been avoided if Cuomo had resigned in December 2020, when harassment allegations first came to light.

On the other hand, formal investigations and legal processes can sometimes be the best and only option when it comes to holding powerful people and companies accountable.

One of the many ironies of the Cuomo report was the ways in which Cuomo became ensnared by the very #MeToo legislation that he signed into law. These included a harassment training requirement, which he pawned off on an aide rather than taking it himself.

The investigation also cited a 2019 amendment to New York laws removing a longstanding requirement that harassment be “severe or pervasive” to be legally actionable. Cuomo himself signed the law, describing the old “severe or pervasive” standard as “absurd.” He wasn’t wrong – legal scholars have long criticized the old rule for placing harassment victims at a disadvantage.

Ultimately, the legal changes did not seal Cuomo’s fate. The harassment training gaffe was more embarrassing than legally significant. And Cuomo’s misconduct was sufficiently serious that it would have met the older, more stringent standard. Still, it shows that the #MeToo reforms were getting at the right problem and could have protected workers in less egregious circumstances.

A common theme both in the Cuomo report and the Activision complaint were the ways in which prestige can work against employees. An executive assistant who reported being groped by Cuomo had aspired to work at the state Capitol since she was a child. She was so attached to the job that she initially resolved not to tell anyone about Cuomo’s misconduct.

Likewise, the state complaint against Activision – one of the largest and most prestigious video game companies – describes how women took a pay cut to work there and tolerated abusive behavior because they hoped to eventually succeed at the company.

This theme was also present in other high-profile harassment scandals of the #MeToo era, like the scandal at Nike – where women described a “toxic” environment and limited career paths – and in prestigious newsrooms and media jobs.

Although not all such workplaces are riven with misconduct, the pattern suggests to me that intense competition for coveted jobs can both discourage complaints and disincentivize managers from acting on complaints – or even taking them seriously.

Prior to the #MeToo movement, it was not uncommon for companies to justify their inaction following a harassment investigation on the basis of conflicting testimony from the victim and the accused. Both the Cuomo report and the Activision Blizzard complaint exemplify a more rigorous approach.

The Cuomo report in particular was meticulous about collecting text messages and other documentary evidence, interviewing witnesses and looking into contemporaneous reports by the victims to third parties. Rather than just giving up when Cuomo offered a blanket denial, the investigators carefully assessed the credibility of the governor’s denials against the specific and detailed nature of the accusations and corroborating evidence.

The Activision Blizzard complaint illustrates a different kind of rigor. Although it does not include its actual statistical calculations, the state’s complaint suggests it collected substantial documentation regarding pay and promotion statistics, connecting the dots between the experiences of individual workers and how women were treated more broadly at the company.

Although much of the Cuomo report details retaliation by Cuomo’s staff against one of his accusers, it also suggests that many other workers supported and helped those who complained.

If anything, the attorney general’s report is built upon the testimony of many workers who corroborated accusers’ accounts. It also described supportive behavior by other employees, who noticed their distressed colleagues and offered to help.

Likewise, at Activision Blizzard, thousands of employees signed a letter expressing solidarity with women affected by the company’s practices. And on July 28, 2021, employees staged a walkout to further demonstrate their support and demand change.

This too reflects a lasting legacy of the #MeToo movement. In the words of Tarana Burke, it is about telling survivors “you are not alone.”