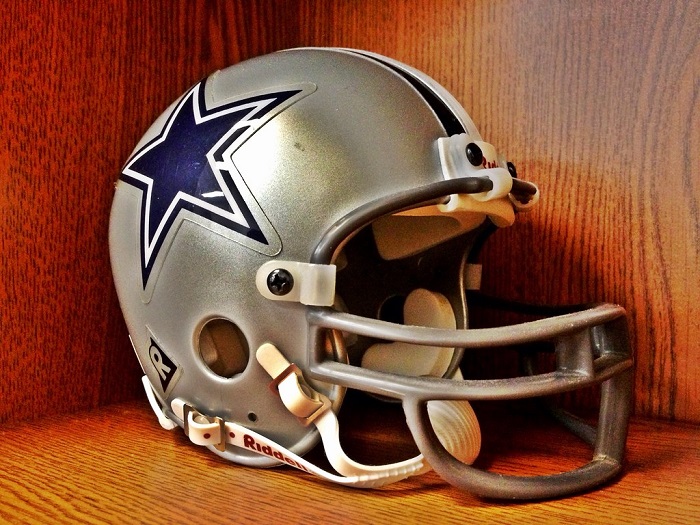 I Dated A Dallas Cowboy!

And it almost brought the country club down. We should not have stopped there. It was Las Colinas in Irving, Texas, and I think my Dad paid hell afterwards. He never said a word. He was cool like that. But, later, I realized that in all the years I had been going there to swim or play tennis, I had never seen a black member.

Jimmy Dean (sausage company) came up to me and whispered, “watch yourself girl,” and I knew what he meant. Then, he shook my date’s hand and gushed compliments, questions and information on him to the point that we both looked quizzically at each other.

You see, my date was black and I was white, white, white. It wasn’t until he was identified as one of the Doomsday Defense that the mind-numbing stares stopped. Women just pelted me with hateful looks until they realized who he was and then it eased somewhat.

We met at a restaurant called Biff’s and later ran into each other at the Byron Nelson golf tournament. I was Miss Irving. He was Mr. Everything. Everyone wanted to touch him: shake his hand, pat his back, get a picture taken. We both had braces on our teeth.

“There’s a Dallas Cowboy in the lobby!,” one girl shrieked as she came into the communal bathroom in my dorm at SMU where I was a student. I knew he was there for me but they didn’t. “Guess who’s in the lobby!” another coed announced as she entered.

By the time I took the elevator down to the lobby, a crowd had gathered. They parted like the Red Sea when they saw him smile and put his arm out. It was magic and I was pummeled with questions for weeks afterwards.

He invited me to a charity event sponsored by the milk company that had just signed him as its spokesperson. I could not believe it. For a few hours, we were mixing with Roger Staubach, Coach Tom Landry, ‘Hollywood’ Henderson, Ed ‘Too Tall’ Jones and even Tony Dorsett. Charlie Waters and his wife Rosie looked ready to be photographed for Town & Country-each one more attractive than the other.

But they were the Dallas Cowboys and they were invincible: New stadium. Superbowl win. America’s team. They were on top of their game and everyone knew it.

He picked me up at my dorm and walked me out to the smallest sports car I have ever gotten into. I’m six feet tall barefoot and on that night, I wore heels. He still dwarfed me.

We had such a nice time that night. Then, we stopped at a club in Addison where the waitress brought a mug of hot chocolate before we could order. Neither of us drank and he was known at that place so they just took care of him. We shared that drink passing it back and forth and talking. He had no idea how exciting it was for me to meet Tom Landry who was a living legend.

He called a number of times after that but I never went out with him again. I was trying to acclimate to a very hard college and that took all my attention. Then, I went overseas to England to study and lost track of him. He was a special person and I had only had one date prior to him and that was my high school prom where my best friend Barry Banks had to convince someone to take me.

I was a geek-tall, skinny and I wore headgear at 17. (thanks Dad, that’s how they made Ugly Betty ugly!) I was not a cheerleader. I was one of the editors of the school paper and vice president of my class. Then, I was asked out by this superstar and had the night of my life. I still cherish the memory but not of the stares and judgmental looks I received by women, not men. They gave me visual hell.

Racism isn’t what is said or done; it is the feeling of it. No one had to say a word about how they felt seeing a ‘mixed’ couple. I felt the energy of the stares and the judgment mixed within them.

I’ve never been a racist and I hope I’m never mistaken for one. I enjoy the differences and similarities of each ethnic group and do not think acknowledging them is offensive. My date was a perfect gentleman and we had an elegant night out together. I wouldn’t trade the memory for anything.

Thank you Harvey Martin and may you rest in peace, (Pancreatic cancer took his life at 51 years old)

Published in SPORTS and TOP FOUR