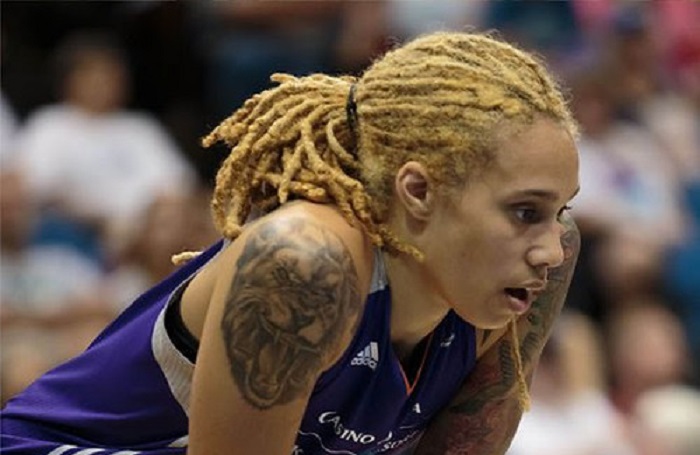 For US Negotiators Brittney Griner’s Case Was Difficult For One Key Reason: She Was Guilty

The release from Russian prison of WNBA star Britney Griner has been greeted with general delight in the United States.

Announcing the deal that saw her freed on Dec. 8, 2022, President Joe Biden lauded the “painstaking and intense negotiations” that made it happen. Others may have legitimate concerns over the equivalence of the exchange, which saw convicted arms merchant Viktor Bout returned to Russia.

As a longtime scholar of Russian law, I believe the episode prompts a reflection on the application of Russian law in Griner’s case, and more broadly consideration about such exchanges in general.

The problem American negotiators face in such situations is that it matters whether the U.S. citizen is guilty of committing the crime alleged under foreign law or whether there has been a miscarriage of justice, incompetent investigation or prosecution, or false accusation.

And from this perspective, the Griner case was difficult.

A question of ‘direct intent’

Griner has yet to give a full account of her story, but the available facts suggest that she legally acquired in the U.S., probably in Arizona or California where she is based, vaping cartridges containing hashish oil upon a physician’s recommendation, but not prescription. She then, probably illegally under federal law, carried them across state lines to New York, where vaping cartridges are sold but cannot be carried to states where they are not legal.

From there, the question becomes a classic law school examination issue: Did Griner violate zero-tolerance Russian legislation on narcotics when she boarded a Russian aircraft in New York – unless, of course, she flew Delta as the only U.S. carrier that goes direct?

Or was the law broken when that aircraft entered Russian airspace, or touched down in Moscow? Or perhaps it was when passengers disembarked at Sheremetevo airport, when Griner passed through passport control; or when the basketball star chose the green customs channel at the airport instead of declaring what she had in the red channel and was found out by a sniffer dog policing the green channel. These were all possibilities, but the green channel was incontrovertible.

Accusations of possession and smuggling of narcotics under Russian criminal law require proof of “direct intent” – that the individual knew or should have known what act they were performing. In this case, passing through the green channel with nothing to declare while carrying a controlled substance would constitute direct intent.

That, as Griner said, she did not “intend to commit a crime” when she packed the vaping cartridges in her hand luggage was immaterial. The question was whether she entered the green customs channel with intent.

The choice she made was to not declare the cartridges. Had she done so, the cartridges likely would have been confiscated, but no offense committed.

Under Russian law and also that of the U.S., direct intent was present. What she did was, from her government’s standpoint, at best careless and thoughtless. Moreover, it exposed the United States, in the end, to a unwelcome scenario of exchanges at a most difficult time in the international community.

The personal costs to Griner were not insignificant. It likely cost her a lucrative contract, a criminal conviction, and some nine or so months in custody.

Russian law – just as many jurisdictions, including many American states – does not recognize medical uses of marijuana. Griner has been traveling to Russia for eight years and will have been expected to know this.

Under Russian law, the amount in her hand luggage qualified as a “significant amount” – the lowest threshold of criminal liability.

Another individual whose situation is receiving more media attention in light of the Griner case is Marc Fogel, an American still serving a criminal sentence in Russia of 14 years for smuggling narcotics. His case fell into the next category – a “large-scale amount” of marijuana, and a more severe sentence. He beyond doubt was aware of the risks in bringing it in for personal medical purposes.

There is no question that the sentences imposed on Griner and Fogel were severe. Other alternatives were potentially available, including administrative responsibility – a legal code embodying a category of offenses we do not have in Common Law jurisdictions. There are sanctions for violations, but they are not treated as criminal.

Without imputing political motives to the apprehension of Griner – which may or may not be justified – the Russian Procuracy will have had reason to assume that both Griner and Fogel acted with direct intent both in the narrow legal sense and in the larger human sense. Both are familiar with Russia, not casual tourists. They brought in a prohibited substance, had prior experience with and knowledge of Russian legal practice in this domain, and nonetheless either carelessly or knowingly brought in a prohibited drug.

The problem of ‘Americanizing’ Russian law

Another lesson to be learned from the Griner case is that American media frequently experiences difficulty in explaining foreign systems of criminal law. Part of the problem is the “Americanizing” or “Anglicizing” of Russian criminal law and procedure. In the Griner case, most media reported that she was liable to punishment of up to 10 years, but omitted to say that the Criminal Code imposed a minimum of five years. This understated the gravity of the offense in Russian law. The nine-year sentence handed to Griner was on the heavy end, but not unheard of or unreasonable and is consistent with the Fogel sentence.

That wasn’t the only misstep in foreign media reporting. The accusation of smuggling was widely and correctly reported, but said nothing about the charge of possession. References were made to a “guilty plea” by Griner, but Russian criminal procedure does not have pleas. The prosecution had to prove its case irrespective of what the accused may say.

We have yet to hear a more complete version of Griner’s side since her return to the U.S. One must hope that the American negotiators achieved not only the exchange, but an outcome which gives her no record of conviction in Russia and enables her, at an appropriate time, to resume her million-dollar Russian contract if she wishes to do so and circumstances permit.