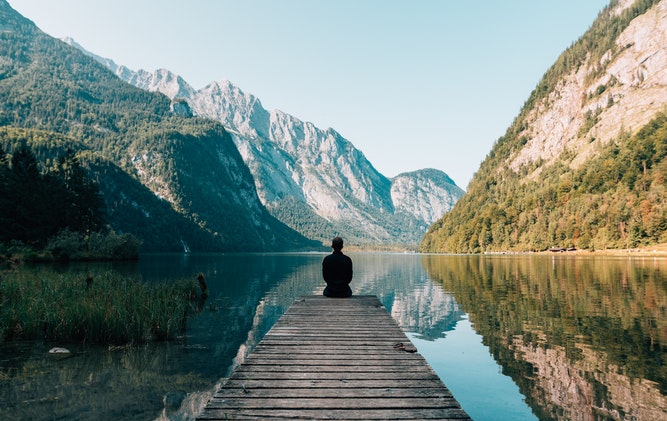 November 2, 2020
Wealthy urbanites “escaping” the coronavirus are overstressing already poor communities, and probably bringing the virus with them.

This week, West Virginia became the latest to issue a statewide shelter-in-place directive, ordering residents to remain at home unless they are gathering supplies, caring for ill family members, or working jobs deemed essential.

In issuing his order, which came on the same day as similar orders in states such as Michigan, Ohio, and Massachusetts, Gov. Jim Justice (R) cited a number of reasons the directive was needed to try to slow the spread of the coronavirus, including a new community transmission case. But unlike other states in Appalachia that have issued similar stay at home orders, including Ohio, Justice gave a specific reason for the need in his state: Non-residents were fleeing to West Virginia to try to escape COVID-19—and they need to stay out.

The phenomenon of people from out of state escaping to West Virginia was documented in a March 20 article on DCist. Extolling the benefits of the mountain state (“West Virginia has emerged as something of an ideal destination for social distancing” the article reads), the piece quoted from D.C. residents interested in spending more time in the less-populous state and a rural West Virginia AirBnb host who noted the uptick and priced his rental accordingly. The article has since been revised to discourage such behavior, citing the concern from health experts that out-of-state coronavirus escapees could spread the virus, among other issues.

Why West Virginia? It was the last state in the country to report a confirmed coronavirus case, though this may be because of lack of testing capabilities more than anything else. Like some of the 13 other states that make up the Appalachian region, West Virginia is less populated, with 77.1 people per square mile, according to data from the 2010 census.

Possibly the worst aspect of COVID-19 travelers? Those trying not only to escape the virus, but to have some outdoor fun while they do it. Who has free time during a pandemic?

The benefits of remote Appalachia in a pandemic are clear: fewer people, easier to socially distance. More space, easier to survive the isolation. Rural places, like parts of Appalachia, also offer agricultural benefits, with some of the population experienced in farming and homesteading, even or especially under difficult conditions.

But not all of Appalachia is rural. And remote doesn’t mean more.

Many places in the region are food deserts, which the U.S. Department of Agriculture classifies as a place lacking access to healthy foods such as fresh fruits and vegetables. Residents of more than 40 counties in West Virginia have limited access to food, according to West Virginia Public Broadcasting. With grocery stores already few and far between in places in the region, some Appalachians rely on gas station mini-marts for food. Even if out-of-state visitors went directly to their rentals, they would certainly have to stop for fuel and provisions, limiting an already limited supply, and increasing transmission of the virus through contact with patrons and store employees.

Like much of the nation, Appalachia is experiencing shortages of certain food and household items. This week, the Kroger in Athens, Ohio, was out of rice and tomato sauce, and the only bread product to be found were bagels. These shortages are especially troubling because the cheapest foods tend to be running out first, the foods that many families experiencing food insecurity rely on regularly to get through a normal week, pre-pandemic: canned beans or tuna, peanut butter, or baloney sandwiches.

Appalachia has little to no public transportation in some parts of the region, a reality that people from elsewhere may be unused to. The region has more physical space, in some areas, but in every other category, it has less. Less access to food and clean water, less affordable and safe housing, fewer households with consistent internet access (which makes working remotely difficult), and fewer roads that are maintained. Out-of-state residents fleeing their own cities to escape the virus would further tax a region already taxed across the board, stretching a part of the country already stretched beyond its limits.

In an Outside article about out-of-state visitors flooding isolated spots in the West in the wake of COVID-19, the mayor of Moab, Utah, worried the small city “can’t accommodate people who think they can come here,” stating that the local hospital had only 17 beds. West Virginia’s Plateau Medical Center, near tourist destination the New River Gorge, has 25.

Nowhere is this more evident than in health care. Rural hospitals have been closing for years. Many Appalachians, because of lack of health insurance and income and the need to travel great distances, had difficulty accessing care well before COVID-19; some don’t have primary care physicians at all, and yet the population in Appalachia is extremely vulnerable. Poverty, poor nutrition, food insecurity, tobacco use, and environmental factors keep much of the region’s population at a higher risk of illness.

Possibly the worst aspect of COVID-19 travelers? Those trying not only to escape the virus, but to have some outdoor fun while they do it. Who has free time during a pandemic? Certainly not parents, not people whose jobs were deemed essential or whose weren’t and who have been laid-off, not people living in poverty—and not a lot of Appalachians.

And so, about two weeks after parks in California and Texas announced they were “packed” with campers and rock climbers, Justice closed park cabins, restrooms, and lodges, and a popular ATV trail in the mountain state.

The message? Shelter safely—but also, shelter where you live and avoid inflicting an added plague: locusts, endangering and stripping a region of the very little it has.

This article was originally published by 100 Days in Appalachia. It has been published here with permission.