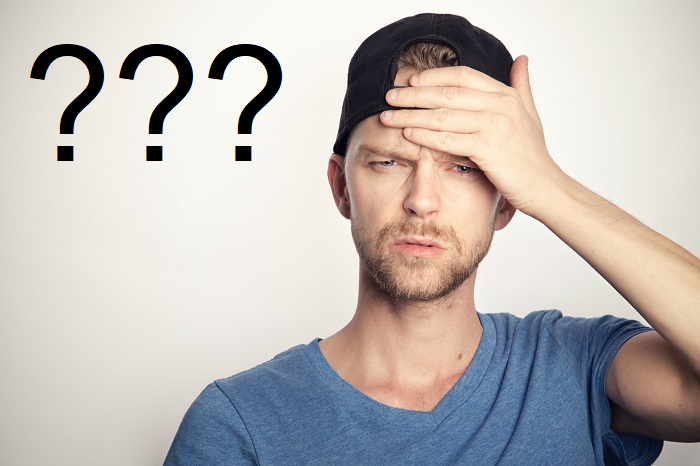 “Autofellatio” What Does Such A Bizarre And Convoluted Word Actually Mean?

Why do doctors use such unfamiliar words?

Really, why do they use words that the majority of us can’t understand and are unfamiliar with? Why are such professions, such as Medicine and Law, filled with words that are derived from Greek and Latin origins?

Using such words makes it difficult for normal, every-day people – such as you and me – to understand what people in these types of fields are actually talking about.

For instance, in medicine do you know what an “acute, inner-inflammatory reaction of the greater auricular fold” is?

This means that you have an ear ache.

You have to love it. We just can’t call it an “ear ache.” No, that would be too easy and would give us away. We have to call it something that no one has a clue as to what it means. This cryptic nonsense exists for a reason. I don’t have to tell you why, I don’t think; I’m sure you will fully understand it when you get your next doctor’s bill.

When men and women talk dirty in bed, do you think they use “medical” words like “penis” and “vagina”? Heck no. They use the dirty-deed words that provoke eroticism and sexual nastiness. This makes it more interesting, stimulating, and enjoyable. Hey, if we can’t be a little taboo in our sexual lives, then how can we possibly be taboo in any other areas in our lives?

Let’s see… “Honey, I am very anxious to exogenously stimulate your vulva with my lingual apparatus this evening… What do you say…?”

Here are two words that have been so castrated that they no longer have much of an impactive meaning: Autofellatio and Autocunnilingus. Yes, of course. “I was standing in line at the Post Office today, to mail a letter, and considered performing autofellatio when I arrived at home.”

So, then, that brings us to “autofellatio” and the Headline of this article. What does such a bizarre and convoluted word actually mean?

No, it’s not about a man receiving oral sex in a car. But it sure as heck sounds like it.

What about “autocunnilingus”? Autocunnilingus is the ability for a woman to be able to perform oral sex on herself. So, then, where does this word come from?

Well… “Auto” means “Self,” as we have already discussed. However, the remainder of the word seems to have been derived from the Latin word “Cunnus” which relates to the female vulva. So, autocunnilingus would mean a woman who could perform oral sex on herself.

The power of words and their definitions.

Something else is worth mentioning for people who are interested in the truth. If you have a hard copy of a dictionary that pre-dates the 1990s, then do not throw it away…

Keep it; and here’s why:

In the United States and the Western World many people have taken it upon themselves to revisionize the past. This is a fancy way of saying that they are re-writing history (to suit their personal needs). Textbooks are now being used, as propagandic material, to re-write history based on un-truths. Proper history is being erased and re-defined, at this very moment.

For example, I’m holding a Webster’s dictionary in my lap that was published in 1950. When I look up the word “pharmaceutical” it tells me that the word is based on the Greek word “pharmakeutikos.” The definition of this word clearly states that it means, “to practice witchcraft.”

You won’t find a dictionary on the Internet or in a bookstore that states that definition. At least, I couldn’t find one. Why was this earlier definition altered and who changed it?

I understand that for a drug company to be able to patent a “drug,” such a drug cannot occur in nature. If it does, it cannot be patentable. That means that they can’t make money off of it, basically.

So, that tells us that most of your “pharmaceuticals” are not naturally borne. Instead, they are man-made and synthetic concoctions that were designed in a laboratory. They do not occur naturally. This means that your body goes into shock every time you take such drugs, as your body has no idea of how to handle this foreign substance that it has never been introduced to (your DNA keeps track of such things; and this information is continually passed on {down the line} in your genetic template).

Is this why the original definition is based on “witchcraft”? Is it because these drugs are not of natural origin? “Witchcraft” is a pretty subjective term, so I’ll give the definition from this book: “A supernatural power which persons were formerly supposed to obtain by entering into compact with the Devil.”

Did you know that the Number One Cause of Death by overdose in the United States of America is now prescription (pharmaceutical) drugs? Prescription drugs are the third largest killer, overall. This is after heart disease and cancer. Many speculate that prescribed medication is actually the number one (overall) cause of death in the USA.

“The times, they are a changing.”

About me: I enjoy exploring unconventional methods of sexuality; methods that our ancestors enjoyed and impassioned themselves with, is one of my interests. Those men and women who are interested in autofellatio should read YOGAFELLATIO. It is a book that helps guide men down this sexually exciting and interesting path.