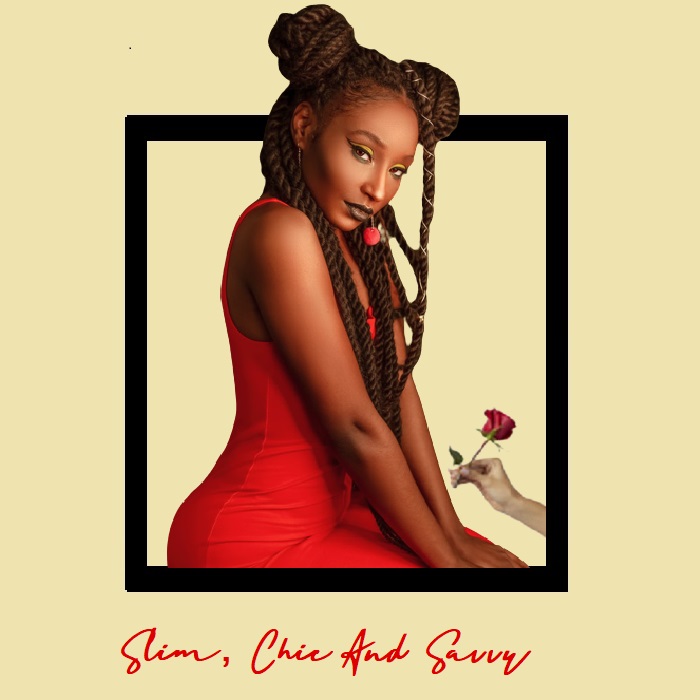 I’ve spent years studying French women, as well as other naturally slim people, and there’s a method to their “slimness,” but it’s probably not what you think. It doesn’t involve dieting and deprivation. It’s an attitude, personal style, a way of looking at the world, and it starts from within.

While diet programs and other approaches keep you focused on your “weight problem,” the French approach to living a slim lifestyle is probably counter intuitive to what you’ve been taught.

From the countryside of Provence to the bistros of Paris, I’ve paid close attention to the attitudes and behaviors of slim, chic and savvy women. Their approach to food, weight and life is very different than the “no pain, no gain” mindset of the American culture. Instead, their mindset is rooted in pleasure and personal style, both of which are amazing tools for weight loss.

I realized long ago that if I wanted to be a slim, chic and savvy woman, I needed to turn away from the dieting industry and turn towards a culture who was living a slim lifestyle long before our country existed. What I discovered is that there are certain things I never hear a slim, chic and savvy woman say. In today’s article, I want to share a few with you so you can begin to identify some of the blocks that may be preventing you from having the body and life of your dreams.

Diets don’t work. Period. If they did, there would not be an over one billion dollar industry that continues to thrive despite its huge failure rate. What on earth? What other industry succeeds with a failure rate of over ninety-five percent? Slim, Chic and Savvy women know that it’s not about going on another diet, but it’s an attitude and mindset that keeps them slim.

Diets = misery. Who wants that? Definitely not a woman who values pleasure, personal style and joie de vivre.

What does she do, then, when she wants to lose a few pounds? Well, she has her secret strategies and techniques that guides her body back to its ideal weight without a lot of drama.

“I just read a great article on emotional eating.”

You’ll find a slim, chic and savvy woman reading a great article in Vogue, Bon Appetit or perhaps The New Yorker, but you will not find her wasting her time reading about how she has some huge problem that she needs to fix.

Every time you read a diet book or an article about overcoming emotional eating, you are confirming your belief that you have a problem.
Here’s the problem: focusing on the problem. What you focus on grows, so learning how to shift your attention to what you desire is magical and very slimming. When you begin to follow pleasure, you’ll put down the diet books and pick up those things you’ve been wanting to read for years or you’ll take a class that you’ve been putting off until you lose the weight.

You’ll begin to live your life now as you would then, reading things that inspire you, not convince you that you’re broken, because you’re not!
The result: weight loss.

I’ll be honest. I don’t know of a single person who doesn’t occasionally think she sucks. I certainly do. However, a slim, chic and savvy woman doesn’t wallow in her self-deprecating thoughts and she certainly doesn’t say it out loud. She doesn’t feed it by focusing on it, finding evidence for it and living her life from an “I suck” place.

Instead, she realizes that she isn’t her thoughts, that she has an amazing life to create, and she immediately focuses her attention on the more beautiful and inspiring things. Sure, she does stupid things just like anyone else, and yes, she probably has some cellulite or other bumps, lumps and weirdness-es, but she sees this as a natural part of being a woman, not evidence that she’s not worth it.

She embraces her strengths and weaknesses, and that alone makes her irresistible to those who have the honor of being in her presence.

Even if she’s waist deep in the fridge, a slim, chic and savvy woman will never say that she lost control, because she realizes that every action she takes is completely her own doings. You cannot experience being in control if you are constantly walking around thinking that you are out of control. So, if this is a belief of yours, I challenge you to begin saying before each action you take, “I’m choosing to do this.”

By repeating this to yourself, you’ll begin to manage your mind, and a woman who is the CEO of her mind is unstoppable. She’ll tell you what she cooked last night, where she went on vacation and the designer of her dress, but she will not discuss her weight with you. While many women will obsess, talk about and share their weights with the world, the slim, chic and savvy woman doesn’t dare take her personal business to the streets. Furthermore, she doesn’t focus on the scale. You will not find her sitting in some meeting having a weekly weigh-in. Au contraire! Instead of focusing on the scale, she notices how her clothes fit, how she feels in her own body and how much joy she is producing, not some number on a piece of metal.

If her clothes are tight, she simply reassesses her current lifestyle and choices and makes the necessary adjustments to bring her back to her ideal weight.
No diet. No drama. Just tweaks and adjustments.

(By the way, in the Slim, Chic and Savvy program, we do something weekly, but it’s NOT a weigh in. It’s much more powerful and definitely more pleasurable, and this tool alone has been accused of causing weight loss.)

When she’s hungry, a slim, chic and savvy woman eats. She has programmed her body to expect mealtimes at certain times, usually breakfast, lunch and dinner, with an occasional afternoon snack. As a result, her body’s metabolism runs like a machine, not storing, but releasing fat. She’s not afraid of mild hunger either. In fact, she experiences it several times a day right before her meal, which, in her opinion, adds a special pleasure sauce to her next dining experience. You will not find her skipping meals because she’s trying to lose weight. If she decides not to eat at a mealtime, it’s because she’s not hungry, not because she’s white knuckling for weight loss.

She honors her body by listening to it, and as a result, she’s slim. There’s a big lesson here to be learned for any woman who desires to lose weight.

Just like she doesn’t starve herself, the slim, chic and savvy woman rarely overeats and almost never stuffs herself. If she overeats on occasion (we’re all human), she immediately compensates by cutting back at her next meals.

She believes that life is best lived in the middle way, where you eat when hungry and stop when elegantly satisfied. No dieting. No drama. Just tweaks and adjustments.

“I don’t have time to take care of myself.”

This is a lie, and the slim, chic and savvy woman knows it. You take the time to do what’s important to you, and if you’re not taking care of yourself, it is because you don’t see yourself as a priority.

Every French woman I’ve met understands the importance of taking care of herself. It makes her a better mother, wife, lover, friend and woman. From cooking to taking care of her skin, she understands that a quality life requires time and space for her own self nourishment. She will say no in a skinny minute to something that does not excite her if it means a little extra time to relax, breathe and enjoy her own life.

As always, I’d love to hear your thoughts. Have you noticed what naturally slim people say or don’t say? Do share.

Tonya Leigh Williams is a coach, speaker, and writer. She is dedicated to empowering women to create amazing lives and bodies without dieting, deprivation and drama. Her passion is helping women find freedom from body image, weight, and food issues. Tonya teaches the secrets of naturally slender people, coaches women on normal eating without deprivation, and shows women how to simultaneously transform their bodies while also living at peace within them. She has helped women lose weight, gain clarity and purpose, and step into a new life free of struggle.