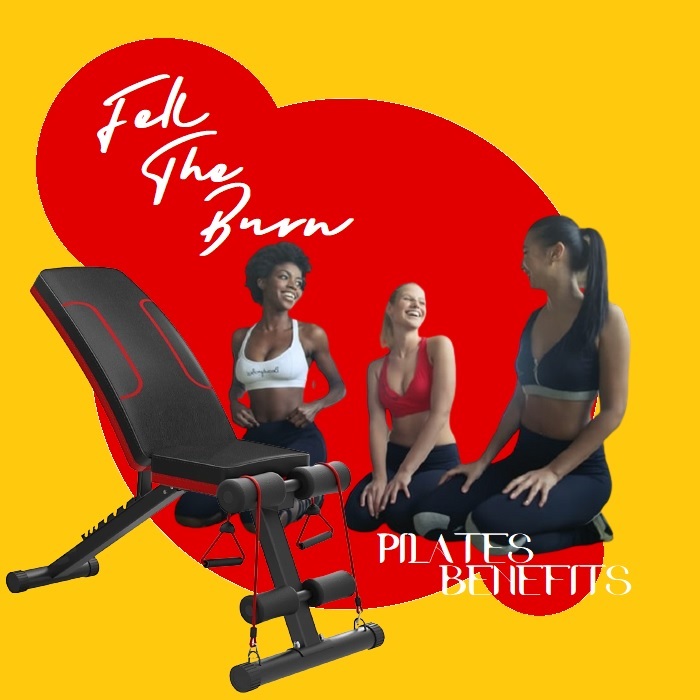 The Amazing Benefits Of Pilates

There are many exercise you can do but few focus on the core, breathing and control like Pilates. Pilates is a physical fitness system developed in the early 20th century. It is practiced all over the world especially in the United States, Canada and the United Kingdom.

The Principles of Pilates
Breathing: Full inhalation and complete exhalation are encouraged and deemed important when doing Pilates exercises. Pilates felt that this encouraged the intake of oxygen and the circulation of this oxygenated blood to every part of the body. Pilates breathing is described as a posterior lateral breathing into the lower rib cage. Pilates instructors try to properly coordinate this breathing practice with movement.

Control: All Pilates movements should be controlled and within your capabilities. This ensures proper alignment and stability throughout the body.

Flow: Pilates should create flow leading to elegance of movement in the body. Exercises should flow into each other in order to build strength and stamina through coordinated movements of the limbs.

Precision: In Pilates, the focus is normally on doing one precise and perfect movement instead of many incorrect ones.

Benefits of Pilates
Body Awareness: Precision with every movement helps create accurate awareness of your body.

Improved Core Strength: Pilates strengthen the core and this is one of the most important benefits of doing Pilates. The muscles of the abdomen, low back and hips are known as the core and is believed to be the key to a person’s stability.

Increased Strength in Extremities: Once body awareness is developed you can begin to build strength. your muscles become strong and lean, not bulky and that works for a lot of us who don’t want bulky muscles.

Increased Flexibility: It increases the flexibility in the limbs and body as a whole and this helps improve movement leading to easier, more graceful, agile movements.
Improved Posture: Overall posture improves when you do Pilates and this helps with movement as well. You’re able to stand taller and straighter, possibly even adding an inch or less!

Doing Pilates is amazing in helping make your core strong which in turn makes your body powerful and that’s what we all want to achieve. Pilates can be increased in intensity over time as the body adapts itself to the exercises.

Published in HEALTH & WELLNESS and SELF