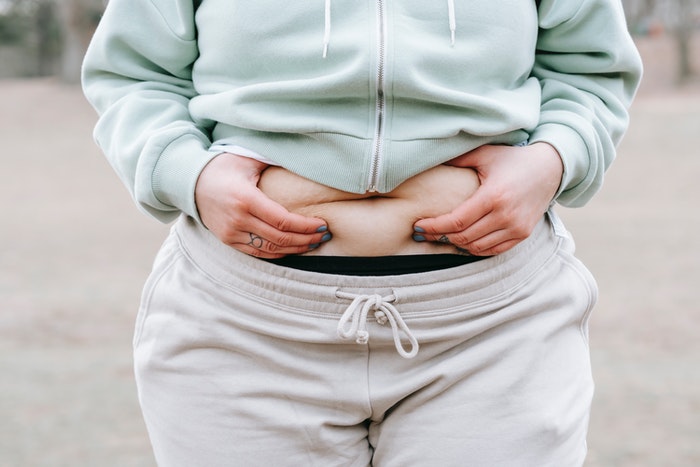 Lazy. Unmotivated. No self-discipline. No willpower.

These are just a few of the widespread stereotypes ingrained in American society about people who have a higher body weight or larger body size. Known as weight stigma, these attitudes result in many Americans being blamed, teased, bullied, mistreated and discriminated against.

There is nowhere to hide from societal weight stigma. Decades of research confirm the presence of weight stigma in workplaces, schools, health care settings, public accommodations and the mass media, as well as in close interpersonal relationships with friends and families. It’s everywhere.

I’m a psychologist and researcher at the Rudd Center for Food Policy & Obesity at the University of Connecticut. For 20 years my team has studied weight stigma. We’ve examined the origins and prevalence of weight stigma, its presence across different societal settings, the harm it causes for people’s health and strategies to tackle this problem.

We conducted a recent international study that clearly shows that weight stigma is widespread, damaging and difficult to eradicate. This societal devaluation is a real and legitimate experience for people across different countries, languages and cultures.

Among U.S. adults, weight stigma is a common experience, with as many as 40% reporting past experiences of weight-based teasing, unfair treatment and discrimination. These experiences are most prevalent for people with high body mass indexes or those with obesity and for women. For youth, body weight is one of the most prevalent reasons for teasing and bullying.

The fact that more than 40% of Americans have obesity has not softened public attitudes toward people in this group. Although societal attitudes toward other stigmatized groups have become less prejudiced in recent decades, there has been little change in weight bias. In some cases it’s worsening.

Prevailing views that people are personally responsible for their weight, despite ample scientific evidence of the complex and multifactorial causes of obesity, are one reason why weight stigma persists. This mindset is difficult to change given American culture’s celebration of thinness, negative media portrayals of people with larger bodies and a thriving diet industry. These factors reinforce the faulty premise that body weight is infinitely malleable, as does a lack of legislation to protect people from weight discrimination.

Weight stigma is not unique to America. It exists around the world. However, few studies have directly compared people’s experiences of weight stigma in different countries.

In our recent study, we compared experiences of weight stigma in six nations: Australia, Canada, France, Germany, the U.K. and the U.S. These countries share similar societal values that reinforce personal blame for body weight, and do little to challenge weight-based shaming and mistreatment. The participants were 13,996 adults (around 2,000 people per country) who were actively trying to manage their weight.

The biases people encountered because of their higher weight or larger body size turned out to be remarkably consistent across the six countries, with more than half of study participants – 58% on average – experiencing weight stigma. The most common interpersonal sources of weight stigma were family members (76%-87%), classmates (72%-76%) and doctors (58%-73%). These experiences were most frequent and distressing during childhood and adolescence.

Many incorporated these stigmatizing experiences into how they felt about themselves. In this process of “weight bias internalization,” people apply negative societal stereotypes to themselves. They blame themselves for their weight and judge themselves as inferior and deserving of societal stigma.

We knew from our earlier research that weight bias internalization has harmful health implications, and this was true here as well. Across the six countries, the more that people internalized weight bias, the more they gained weight in the prior year, used food to cope with stress, avoided going to the gym, had an unhealthy body image and reported higher stress. These findings persisted regardless of people’s body size or their previous experiences of stigma.

The unique multinational perspective of our study reveals that weight stigma is commonly experienced, often internalized and related to poor health and health care among people who are trying to manage their weight. In this sense, confronting weight stigma appears to be a collective struggle, but it’s one that people are likely grappling with on their own.

While there is a long road ahead to eliminate weight stigma, shifts in societal attitudes are taking place. In recent years, the harms of “fat shaming” have received increased public attention, and so has the body positivity movement. Both are helping to elevate calls for efforts to stop unfair treatment based on weight.

There is also growing recognition in the medical community that action is needed. In 2020, more than 100 medical and scientific organizations across nine countries signed a joint international consensus statement and pledge to bring attention to weight stigma and its harmful impact. These medical experts aim to shift the narrative of blame and help address weight stigma in media, public attitudes and health care.

Our research shows broad and substantial public support for policies to tackle weight discrimination. In a series of national studies, we found that more than 70% of Americans support adding body weight as a protected category, alongside categories like race and age, to existing state civil rights laws. They also support new legislation to make it illegal for employers to discriminate against employees based on weight.

This would legitimize weight stigma as both a social injustice and a public health issue.

I believe broad and collective action is needed to address this problem, both in and outside the U.S. While this may sound challenging, fundamentally it is actually quite simple: it’s about respect, dignity and equal treatment for people of all body weights and sizes.

Published in HEALTH & WELLNESS and SELF