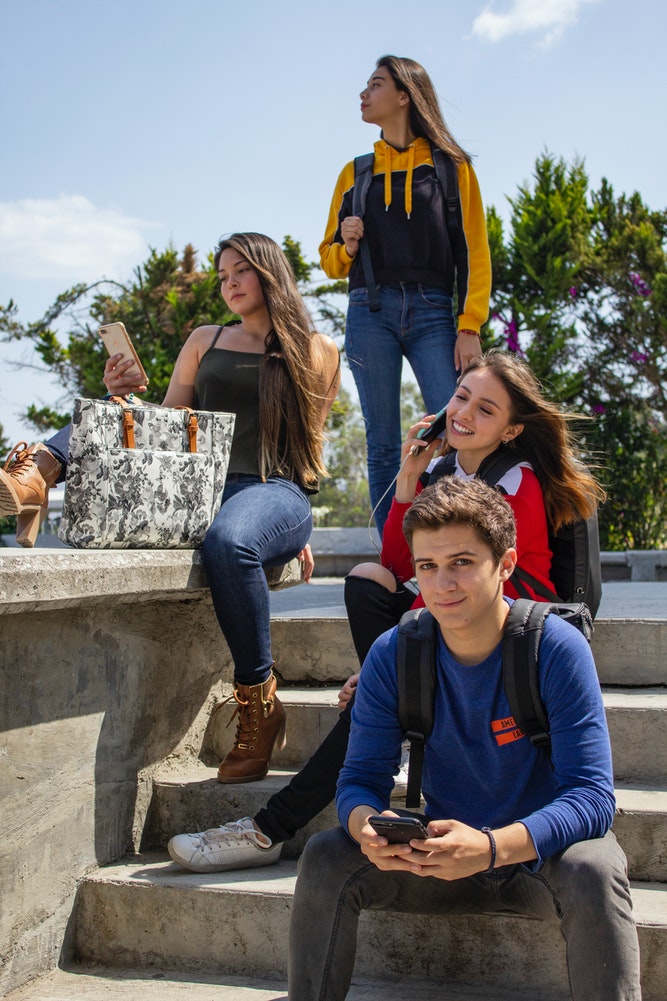 Want the youth vote? Some college students are still up for grabs in November

Twice as many college students voted in the 2018 midterms as did in 2014, challenging the stereotype that young people are politically disengaged. According to the Knight Foundation, 71% of college students are expected to vote this November.

Both President Donald Trump and former Vice President Joe Biden are courting them, in different ways. Trump and his education secretary, Betsy DeVos, are trying to win the support of students with new religious freedom and freedom of speech assurances. Meanwhile, Biden is promising to enact tuition-free college and forgive US$10,000 in student loans for all borrowers if elected.

There are over 14 million college students in the United States, which has about 235 million eligible voters.

Nearly all students were born after 1996, meaning they belong to Generation Z. This generation of expected voters is 45% nonwhite, according to the Pew Research Center. And over half of Gen Z college students are the first in their families to attend college. As with any large and diverse group, some students are more likely to vote than others.

So which young people are actually up for grabs?

Who votes, who doesn’t

Our study, the Interfaith Diversity Experiences and Attitudes Longitudinal Survey, or IDEALS, helps to answer that question.

We conducted this four-year study of 5,762 students enrolled in one of 120 colleges and universities between fall 2015 and spring 2019. Our goal was to examine the religious and political behavior of students over time. We asked participants 70 questions – among them whether, in the 2016 election, they: did not vote; voted for the Republican candidate; voted for the Democratic candidate; voted for a third-party candidate; wrote in the name of a candidate; were not eligible to vote; or preferred not to respond.

In terms of racial groups, we found that students identifying as Asian American/Asian/Pacific Islander/Native Hawaiian were less electorally engaged, with 26.2% reporting that they did not vote in 2016. Black/African American, white and Latino students were significantly more likely to have voted in the last election. And every one of the Native American students eligible to vote in 2016 did so.

First-generation students – regardless of race – were also unlikely to vote. Twenty-nine percent of them sat out the 2016 election, compared with 20% of students with at least one college-educated parent.

These findings make historic sense. Both Asian Americans and lower-income Americans – a racially mixed group that many first-generation students belong to – are groups traditionally less likely to vote.

National politicians rarely make specific outreach efforts to Asian Americans, who make up 5.9% of the U.S. population. That leaves some with the “pervasive feeling of not belonging in American politics,” wrote Caitlin Kim for the research group New America in 2017. The country’s 11 million eligible Asian American voters are an “untapped” power,“ says Neil Goh of the Woori Center, an Asian American advocacy organization.

Poorer Americans, on the other hand, are historically less likely to vote, in part due to a slew of practical hurdles. They are less likely to have ID, often experience longer voting lines and have more difficulty finding their polling place. Analysts say just a small increase in turnout among the 38 million Americans who live in poverty could shift the 2020 election.

Both Trump and Biden are trying to leverage their blue-collar appeal, which may capture the interests of first-generation voters. But new research on Asian American voters shows their party preference, once largely Republican, has firmly shifted toward the Democrats. And Biden’s vice presidential candidate, Kamala Harris, has been highlighting her Asian roots in an effort to appeal to Asian American voters.

With Election Day just weeks away, many voters on both sides of the aisle are already strongly committed to one candidate and unlikely to change their minds, so campaigns are focused on winning over and turning out traditionally nonvoting blocs.

Asian American and first-generation students may be among the few votes that are still up for grabs.