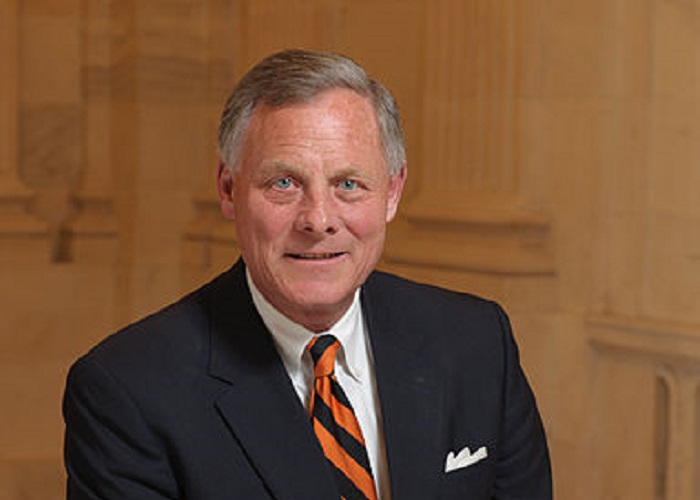 Burr steps down as Senate Intel Committee head because of FBI investigation, but insider trading by him and others in Congress still difficult to prove

The FBI’s investigation of whether laws were broken by members of Congress who traded stock in the midst of the COVID-19 pandemic saw its first casualty, when GOP Sen. Richard Burr of North Carolina temporarily stepped down May 14 as chair of the Intelligence Committee.

Burr took the action the day after the FBI seized his cellphone as part of its investigation into whether lawmakers who had sold stocks before the coronavirus pandemic tanked the stock market engaged in illegal “insider trading.”

But successfully prosecuting such cases will be very difficult. Even federal judges struggle with writing clear instructions to lay jurors in insider trading cases. Often, verdicts are reversed on appeal due to errors in explaining complicated legal terms.

There are two different provisions of law that could apply to the trading activity of senators and congressional staff.

Members of Congress and staff could run afoul of either or both of these laws. But proving a violation and convicting them is not likely.

The first provision is a rule known as Rule 10(b)(5) after the section of the securities law under which it was issued by the SEC.

The other provision applies only to members of Congress and staff. That’s the STOCK Act, passed in 2012, which bars Congress members and staff from taking advantage of nonpublic information, gained from their positions in the performance of their duties, by trading on that information before it is public.

Recently, Rep. Chris Collins of New York pled guilty to violating Rule 10(b)(5) and was sentenced to several years in jail.

His crime: trading in a pharmacy company stock on whose board he served after receiving inside information regarding failed drug trials. He passed on that information to his son and his son’s father-in-law, who were also charged as “tippees,” or people who got insider tips.

This case was not difficult to prosecute under the first provision as the U.S. Attorney’s office had evidence – the defendants’ incriminating telephone call records. The activity had nothing to do with Rep. Collins’ official duties.

In the current cases involving trading by senators, successful prosecution under either provision will likely be substantially more complicated than the Collins case.

The STOCK Act’s defines nonpublic information as confidential and not widely disseminated to the public. That’s a hard standard to prove.

Then there’s the problem that there’s lots of talking by, and information flowing from, multiple sources within Congress. How can it be proven that the lawmakers used only information they got in a confidential briefing to inform their decision to sell stocks?

There is another defense the senators might raise, or that might prevent them from being formally charged in the first place.

The Constitution’s Speech or Debate Clause gives members of Congress immunity for acts they take when performing their legislative duties.

The clause says that “for any speech or debate the [Senators and Representatives] shall not be questioned in any other place.” It may make prosecution impossible for certain types of information received officially in committee or other legislative settings.

The clause has been interpreted by the Supreme Court to cover more than literal speech or debate and include anything “generally done in a session of the House by one of its members in relation to the business before it” including voting, holding hearings, writing reports or gathering information from outsiders.

The Speech or Debate Clause was added to the Constitution to reinforce the separation of powers, which is part of the structure of government laid out in the Constitution. But as the Supreme Court has stated, the clause “has enabled reckless men to slander or even destroy others with impunity, but that was the conscious choice of the Framers.”

George Canellos, the co-chief of the SEC’s enforcement division, told The Wall Street Journal during an earlier insider trading scandal that cases involving information from publicly traded companies are different from cases in which a member of Congress sells stock.

When it comes to information that could affect a company’s stock price coming from Congress, Canellos said, “The lines aren’t quite as bright and the opportunities for arguments by the defense are greater.”

An example of this problem occurred in a 2014 case involving Height Securities, a stock brokerage.

A confidential decision by Medicare to raise certain reimbursement rates in 2013 was leaked by a congressional staff member to a Height lobbyist. The lobbyist then passed it on to his clients, setting off a flurry of trading in health care stock before the Medicare decision was known to the general public.

During the insider trading investigation into these transactions, the FBI discovered that dozens of officials – potentially as many as 400 – at the Medicare agency knew about the decision before it was made public. That so many people within the government knew about the change made it difficult to determine whether the lobbyist based his conclusion on his own analysis, or on publicly available information.

Guidance from the Senate Ethics Committee on the STOCK Act’s insider trading prohibition acknowledges how common this problem can be.

“While Senators and staff are prohibited from using non-public information for making a trade, a great deal of Congressional work is conducted on the public record or in the public realm during committee hearings, and markups, floor activity, and speeches.” Whether a lawmaker gets information in a nonpublic briefing or in public proceedings is hard to determine.

Burr – one of the four senators allegedly involved in trading – heard from intelligence officials about how foreign nations were responding to the World Health Organization’s declaration of a global health emergency.

The session was not classified, but drawn instead from diplomatic wires and publicly reported sources. The senators in the briefing could have gotten the same information elsewhere.

So proving that the information received by senators constituted “insider” information – which in a criminal case would require proof beyond a reasonable doubt – could be very difficult for the government.

The Constitution’s Speech or Debate Clause’s immunity provision doomed previous prosecutions that depended on actions taken during a legislative hearing or related to that hearing.

In 1972, Sen. Mike Gravel placed a purloined copy of the highly classified Pentagon Papers into the hearing record of his committee. The Department of Justice began a criminal inquiry into his release of that Vietnam War study.

When the case ultimately got to the Supreme Court, the court – relying on the Speech or Debate Clause – said Gravel was absolutely immune for anything done at the hearing or communications with his staff before the hearing.

In the Height Securities case, when the Security and Exchange Commission subpoenaed records from the House Ways and Means Committee to determine how the confidential information leaked, the court upheld the Speech or Debate Clause protection for committee documents. That made prosecution for insider trading impossible.

And while the Speech or Debate Clause would not bar the Senate Ethics Committee from getting at the evidence – because it is “the place” where members may be questioned – senators would still be able to defend by showing that the information was based on publicly available nonconfidential sources.