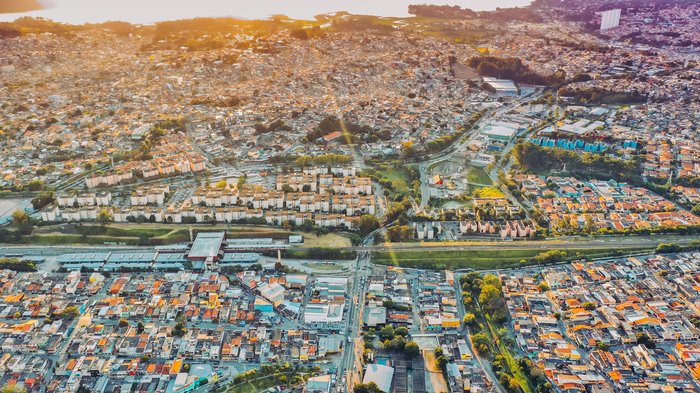 American Suburbs And Their Politics Has Radically Changed Over The Decades

Suburban voters in a number of areas are considered critical swing voters. The growing political stakes reflect the dramatic changes that have happened in American suburbia in recent years, says Dr. Jan Nijman, director and distinguished university professor at the Urban Studies Institute, Andrew Young School of Policy Studies at Georgia State University. He edited the book, “The Life of North American Suburbs,” which examines how the once homogeneous suburbs have become far more diverse and varied from one other.

The United States was the birthplace of the 20th-century suburb. After World War II, the archetypal “sitcom” suburb of the 1950s – white, middle-class households with male breadwinners and traditional gender roles, in single-family homes – assumed near-mythical proportions. They were seen as a settled, stable place where middle-class families had “arrived.” Change was not a part of that dreamy constellation.

But suburbia proved far from stable, because of three major trends: the rapid growth of suburban populations, growing diversity due in part to immigration and economic changes that brought increasing inequalities. If you add up these trends, the result is the increased sorting of populations into highly diverse suburban patterns.

By the year 2000, the suburban U.S. population exceeded that of central cities and rural areas combined. Today, there are many more types of suburbs than, say, 30 years ago. While cities are said to be diverse, they are really sorted into various types of suburbs where different types of people live in a sort of suburban bubble. If today somebody tells you they live in the suburbs, it does not tell you a lot. Rather, it raises the question “What suburb?”

Suburbs now are definitely not all white, middle-class or dominated by families with traditional gender roles. They vary a great deal in terms of well-being, race and ethnicity. The distinction between central cities and suburbs has blurred. This is due to the suburbanization of previously excluded lower-income groups and ethnic minorities, and to the gentrification of large parts of central cities – more wealthy people (often whites) moving back in. Suburbia continued to grow, but increasingly because many lower income people didn’t have anywhere else to go. For some of the less expensive, far-out suburbs, it was reflected in the phrase “Drive till you qualify.”

Since 2000, poverty in the suburbs has grown much faster than in central cities. By 2010, well over a third of the suburban population in the U.S. was nonwhite. The majority of African Americans now live in suburbs, and certain suburbs have also become the first and primary destination for foreign immigrants.

What really stands out are the enormous contrasts and inequalities between suburbs. For example, in metro Atlanta, where I am based, one of the suburban areas to the north has a life expectancy of 84 years – as high as Switzerland’s – and household incomes twice Atlanta’s average, and the residents are mostly white. Compare this to an inner suburban area west of downtown, where life expectancy is only 71 – comparable to Bangladesh – incomes are less than half the Atlanta average, and most residents are Black Americans. You could drive from one world to the other in 15 minutes.

The 2020 elections are sometimes referred to as a battle for the suburbs, for good reason. In recent elections, while urban areas have generally been strongly Democratic and small towns and rural areas have been predominantly Republican, it is in the suburbs where things are more dynamic. Especially in the all-important swing states, the outcomes tend to revolve around “swing suburbs.”

For instance, if the state of Georgia turns Democratic in 2020 (which may be a stretch), I think it will be decided in suburbia. Fayette County, an Atlanta suburb with about 60,000 voters, could be especially interesting. In past times, Fayette was overwhelmingly Republican (and white). In 2012, Romney beat Obama by a landslide, with 31.4 points. In 2016, however, Fayette showed the narrowest win for Trump of all 29 counties in Greater Atlanta, though still a considerable margin of 19.1 points (57.0–37.9).

In the 2018 gubernatorial vote, Fayette again had the narrowest Republican win of all similar-size counties in the state – but the margin was down to 13.2 points (56.0–42.8). It would require a large shift for Fayette to turn Democratic in 2020, but the changing demographics suggest a possibility: The estimated share of nonwhites since 2016 has increased from 36.6% to 40%, and the share of population whose first language is not English went up from 10.3% to 15%. If it happens, Fayette will follow the example of another Atlanta suburb: Cobb County in 2012 was won by Mitt Romney with a 12.6 margin, but in 2016 it went to Clinton by 2.1 points; and in the 2018 gubernatorial elections the Democrats extended their lead in Cobb County to 9.6 points.

A more likely large swing suburb in a more critical state is Seminole County (about 200,000 voters) in Florida, which covers a good part of the northern suburbs of Orlando. In Seminole County, the 2016 electoral margin in favor of Trump was the tightest of all major suburban counties in Florida, at just 1.5 points (48.1% to 46.6%). And in the gubernatorial elections of 2018, the county flipped Democratic, with a slender lead of 1.8 points (48.5% to 50.3%). In the last four years, Seminole’s estimated nonwhite population has increased from 38% to 42%; the foreign-born population went up from 12.6% to 15.2%; and the population whose first language is not English increased from 21% to 25.8%.

Suburbia is not what it used to be.