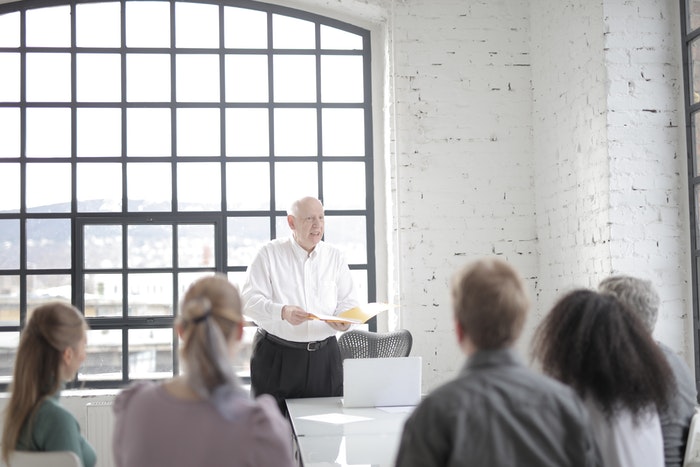 Keeping nonprofit chief executive officers out of meetings when members of their boards discuss or vote on compensation can lead to these CEOs making less money and working harder.

This is a key finding from a study of nonprofit pay I recently completed with two fellow finance scholars, Benjamin Bennett and Rik Sen. We reached this conclusion after reviewing data for more than 14,700 nonprofits across the country from paperwork most nonprofits must file with the Internal Revenue Service every year, known as Form 990, and the associated Schedule J, which includes compensation.

We zeroed in on 1,698 nonprofits located in New York to see if their CEO pay changed after new regulations took effect in 2013. Since then, New York has prohibited nonprofit officers from being present at meetings where their pay is being discussed.

We found that compensation was an average of 2%-3% lower than expected by comparing pay for nonprofit CEOs in New York with pay in other states. We also compared the change in CEO pay with compensation changes for other executives’ pay at the same nonprofits – since they weren’t affected by this legislation.

We also found that many nonprofits changed how they handled executive compensation. That is, they were more likely to set up compensation committees, perform an independent compensation review or adjust pay to be in line with similar organizations. Nonprofit CEO bonuses also became more correlated with the growth of an organization’s budget – a strong indicator of overall performance.

And we found that, despite earning less than they might have expected, nonprofit CEOs spent about 2% more time working – without any additional turnover.

Interestingly, we also determined that by some measures, the nonprofits became better-run after the legislation took effect. For example, 2% more people chose to volunteer, and funding from donations and grants grew by 4%.

Nonprofit CEOs make considerably less money than corporate CEOs and have experienced a slower wage growth over the last decade. Based on our estimates, corporate executives saw their annual pay grow by 54% from 2009 to 2017 to an average value of US$3.2 million, while nonprofit executives experienced a 15% increase in pay, reaching an average value of $396,000 in 2017 – the most recent year for which we obtained IRS data.

Nevertheless, because mosty nonprofits are exempt from income tax and many accept donations, it’s only natural that the government and funders would not want to waste their money on excessive compensation. For example, food bank donors might prefer to see nonprofits spend more of their dollars on feeding the hungry as opposed to perks and big pay packages.

In recent years, some alarming accounts of exorbitant CEO pay and self-dealing practices at nonprofits have come to light. These include the scandals that have rocked the Wounded Warrior Project and the National Rifle Association.

One possible reason why nonprofit CEO pay is growing much more slowly than for-profit CEO compensation is that nonprofit leaders are committed to specific causes and have more motives aside from money to excel at their work than their corporate counterparts. Other possibilities could be that nonprofits face pressure from donors to avoid high executive pay or that nonprofit CEOs have little leverage.

We hope that our future research will answer this question.