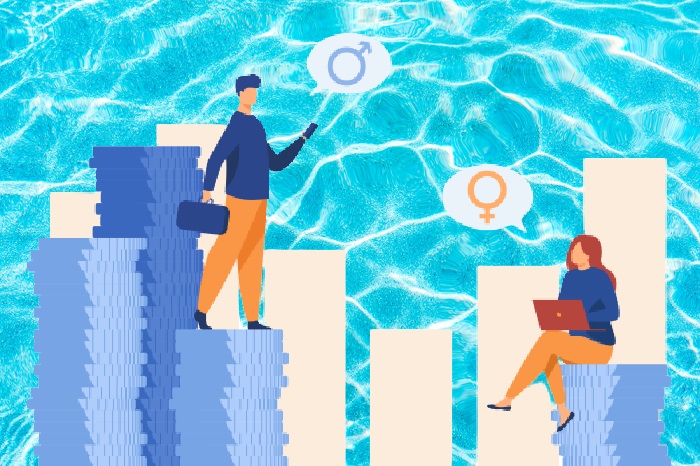 Female Airbnb hosts in the United States earn on average about 25% less per year than their male counterparts for their rentals, according to our new study. That’s slightly higher than the annual gender wage gap reported by the U.S. Census Bureau and adds up to more than US$4,000 in lower earnings per year.

Our analysis revealed that the average nightly rate of a female host’s listing was $30 cheaper than those of male hosts.

For this research, we analyzed data taken from the public profiles of 8,000 hosts across several U.S. cities. We focused on listings with only one host and just one active listing. The name each host posted on their public profile was coded as female or male, and gender-ambiguous names were excluded.

To determine a host’s annual earnings, we analyzed each listing’s nightly price, number of stays per year and the average length of stay. We also looked at other factors that might contribute to the earnings gap, such as the number of guests that could be accommodated and the number of years each host had been active on the platform.

We also determined the difference in property values between genders by extracting data from Zillow.com about the median home value in the ZIP code where each listing was located.

Our analysis revealed that the average nightly rate of female hosts’ listings was $30 cheaper than those of male hosts. Further, female hosts booked fewer reservations, and each stay typically accommodated fewer guests.

We found that women make up just over half – 53% – of hosts and have slightly more valuable properties than male hosts. We did not find any significant difference between the number of years female and male hosts have been active on the platform.

The earnings difference appears to be most prevalent when a host is renting out an entire home as opposed to offering a private room within their own residence. And while the gap narrows after controlling for many listing-related factors – such as median home value – a difference in earnings persists.

This suggests that we need to look beyond the Airbnb data to explain the gap.

Our research shines a light on the need to delve further into what factors may be contributing to differences in earnings between genders.

In the U.S., female full-time workers still earn about 80 cents for every dollar earned by their male counterparts, and more women than men live in poverty. This income shortfall also affects millions of children because according to the Census Bureau, around 1 in 4 families headed by a woman are poor, compared to just over 1 in 10 headed by a man.

However, Airbnb hosts have full control of their scheduling and booking of their listings, and female hosts set their own rates. So lack of scheduling flexibility should not be a major factor in explaining why women earn less than men on the platform.

The most important unknown in this area of research is whether women are aware that they are offering lower prices than men.

Exploring whether there are gender-based earnings differences on other hospitality platforms as well, like Vrbo or Homestay, could provide new insights.

Also, it’s not yet clear whether or why male and female hosts take different approaches to setting Airbnb rates – although other research suggests some clues. A 2007 study found that compared to women, men negotiate for higher payments in bargaining situations. And a 2009 study of gender differences in setting professional fees found that women typically charge less than men for the same services because they tend to be more relationship-oriented toward their clients, which can lead them to charge lower prices.