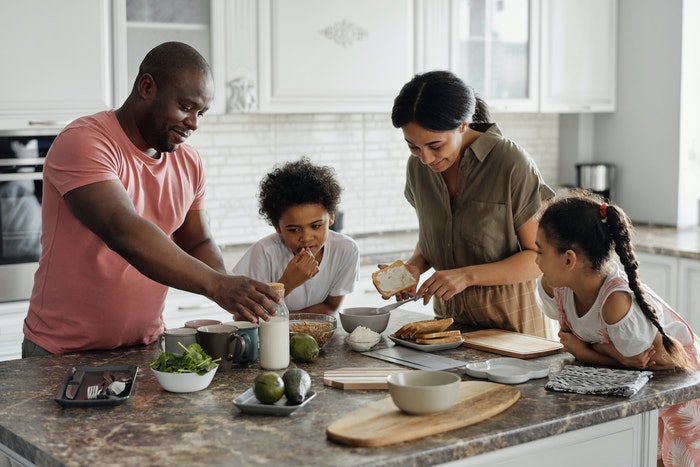 4 Essential Reads: US Families With Kids Are Getting Monthly Payments From The Government

Most U.S. families with children will get six monthly payments from the government in 2021, starting July 15. Parents and guardians may spend this money – $300 per child under 6 and $250 for every kid or teen who is 6 and up – on groceries, computers, child care, sneakers or however else they see fit.

Eighty-eight percent of U.S. families with children under 18 are eligible for this new allowance Congress approved in March as part of a coronavirus relief package, which extends the child tax credit to the lowest-earning Americans. In addition to getting either $250 or $300 a month per kid for six months, families will also get a tax credit equal to six more monthly installments at tax time in 2022. The Internal Revenue Service is responsible for delivering the money, which will total either $3,000 or $3,600 per child.

Getting this no-strings-attached money from the government may seem almost routine after those three other “economic impact payments” meant to ease the economic strains the COVID-19 pandemic caused. But, as experts writing for The Conversation U.S. have pointed out, this new cash infusion is significant in many ways.

The government nearly launched a similar payment system on a permanent basis during the Nixon administration more than 50 years ago, explains Leslie Lenkowsky, an Indiana University Lilly Family School of Philanthropy professor.

It “died after a long and acrimonious battle in Congress,” Lenkowsky explains. He is watching to see whether President Joe Biden and many lawmakers succeed as they seek to extend these allowances either for several years or the foreseeable future.

“Whether the outcome will be the same this time around will say a lot about how Americans now think about how the government should approach social policies – and society’s obligations to support families,” Lenkowsky writes.

Family allowances are very common in other affluent countries, such as Germany, Finland and Canada, observes Joya Misra, a University of Massachusetts at Amherst sociologist who studies how public policies influence inequality.

“Child poverty is extremely high in the U.S., relative to other rich countries, primarily because for decades it has spent less on supporting families with children,” Misra writes. “Nearly 1 in 5 American children live in poverty, far above the 12% average for the 37 wealthy and middle-income countries that belong to the Organization for Economic Development and Cooperation.”

Misra has no doubt that these payments will reduce child poverty. But she questions whether they will cut poverty in half – as has been widely reported. One reason is that the range in what it can cost to raise children in different places within the U.S. varies widely across the U.S. “Clearly this boost to the child tax benefit will mean different things for families in different parts of the country,” she notes.

For the cash-strapped families that get this money, it may seem to be solving short-term problems, such as no longer having to choose between a trip to the supermarket and filling a prescription.

But research suggests that the positive effects of a government allowance for families could be seen decades from now, write Diane Whitmore Schanzenbach, Hilary Hoynes and Melissa S. Kearney.

“Many studies conducted in recent years show that lifting children from the burdens of poverty has the potential to improve their health and ability to get a good education,” they explain. As a result, the three economists predict these payments could have “lasting benefits.”

The family allowance approach is also significant for what it won’t do: force anyone to feel as if they need to sacrifice their dignity to prove their eligibility.

“For one of the first times in modern U.S. history,” the government “recognizes that nearly all U.S. families with children deserve support and treats them the same way,” writes Wendy Bach. A University of Tennessee law professor, she researches the often-humiliating and punitive hurdles that poor families face when they apply for some government benefits.

U.S. anti-poverty programs, such as Section 8 housing vouchers and Medicaid, can be “stigmatizing, difficult, unreliable and risky,” Bach says.

Editor’s note: This story is a roundup of articles from The Conversation’s archives.