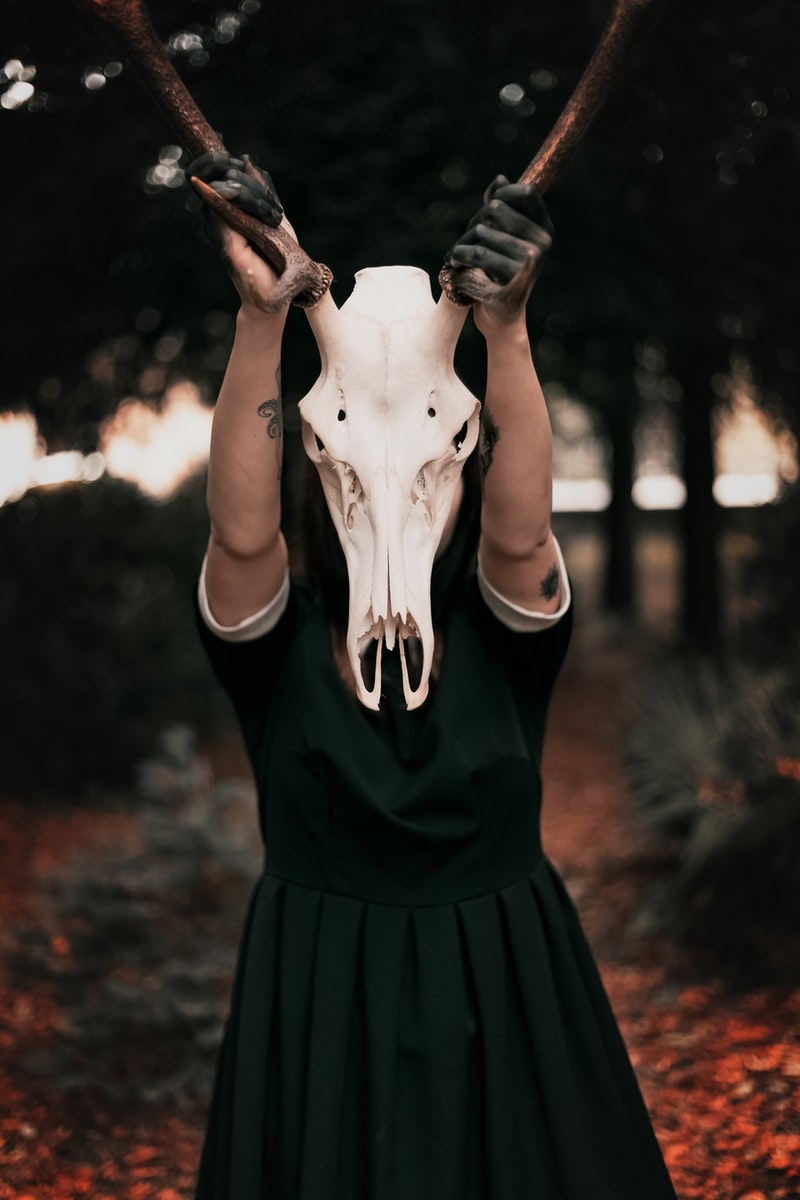 On a midsummer day in 1438, a young man from the north shore of Lake Geneva presented himself to the local church inquisitor. He had a confession to make. Five years earlier, his father had forced him to join a satanic cult of witches. They had flown at night on a small black horse to join more than a hundred people gathered in a meadow. The devil was there too, in the form of a black cat. The witches knelt before him, worshiped him and kissed his posterior.

The young man’s father had already been executed as a witch. It’s likely he was trying to secure a lighter punishment by voluntarily telling inquisitors what they wanted to hear.

The Middle Ages, A.D. 500-1500, have a reputation for both heartless cruelty and hopeless credulity. People commonly believed in all kinds of magic, monsters and fairies. But it wasn’t until the 15th century that the idea of organized satanic witchcraft took hold. As a historian who studies medieval magic, I’m fascinated by how a coterie of church and state authorities conspired to develop and promote this new concept of witchcraft for their own purposes.

Belief in witches, in the sense of wicked people performing harmful magic, had existed in Europe since before the Greeks and Romans. In the early part of the Middle Ages, authorities were largely unconcerned about it.

A church document from the early 10th century proclaimed that “sorcery and witchcraft” might be real, but the idea that groups of witches flew together with demons through the night was a delusion.

Things began to change in the 12th and 13th centuries, ironically because educated elites in Europe were becoming more sophisticated.

Universities were being founded, and scholars in Western Europe began to pore over ancient texts as well as learned writings from the Muslim world. Some of these presented complex systems of magic that claimed to draw on astral forces or conjure powerful spirits. Gradually, these ideas began to gain intellectual clout.

Ordinary people – the kind who eventually got accused of being witches – didn’t perform elaborate rites from books. They gathered herbs, brewed potions, maybe said a short spell, as they had for generations. And they did so for all sorts of reasons – perhaps to harm someone they disliked, but more often to heal or protect others. Such practices were important in a world with only rudimentary forms of medical care.

Christian authorities had previously dismissed this kind of magic as empty superstition. Now they took all magic much more seriously. They began to believe simple spells worked by summoning demons, which meant anyone who performed them secretly worshiped demons.

The reason for this development may have been purely practical. Church inquisitors, active against religious heretics since the 13th century, and some secular courts were looking to expand their jurisdictions. Having a new and particularly horrible crime to prosecute might have struck them as useful.

I just translated a number of these early texts for a forthcoming book and was struck by how worried the authors were about readers not believing them. One fretted that his accounts would be “disparaged” by those who “think themselves learned.” Another feared that “simple folk” would refuse to believe the “fragile sex” would engage in such terrible practices.

Trial records show it was a hard sell. Most people remained concerned with harmful magic – witches causing illness or withering crops. They didn’t much care about secret satanic gatherings.

In 1486, clergyman Heinrich Kramer published the most widely circulated medieval text about organized witchcraft, Malleus Maleficarum (Hammer of Witches). But many people didn’t believe him. When he tried to start a witch hunt in Innsbruck, Austria, he was kicked out by the local bishop, who accused him of being senile.

Unfortunately, the fear of satanic witchcraft grew. The 15th century seems to have provided ideal soil for this new idea to take root.

Europe was recovering from several crises: plague, wars and a split in the church between two, and then three, competing popes. Beginning in the 1450s, the printing press made it easier for new ideas to spread. Even prior to the Protestant Reformation, religious reform was in the air. As I explored in an earlier book, reformers used the idea of a diabolical conspiracy bent on corrupting Christianity as a boogeyman in their call for spiritual renewal.

Over time, more people came to accept this new idea. Church and state authorities kept telling them it was real. Still, many also kept relying on local “witches” for magical healing and protection.

The history of witchcraft can be quite grim. From the 1400s through the 1700s, authorities in Western Europe executed around 50,000 people, mostly women, for witchcraft. The worst witch hunts could claim hundreds of victims at a time. With 20 dead, colonial America’s largest hunt at Salem was moderate by comparison.

Salem, in 1692, marked the end of witch hunts in New England. In Europe, too, skepticism would eventually prevail. It’s worth remembering, though, that at the beginning, authorities had to work hard to convince others such malevolence was real.