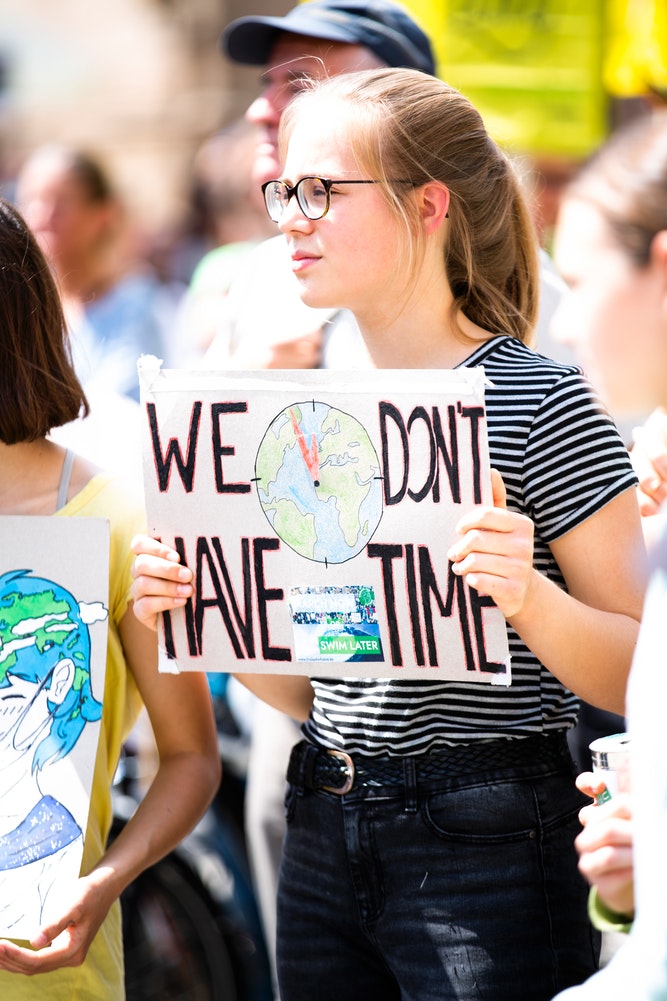 Amid the terrible news about the spreading coronavirus epidemic, a scintillating fact has emerged that can energize the environmental movement: The global slowdown in human activity has given Mother Nature a much-needed breath of fresh air. Between travel restrictions, reductions in public transport and overall economic activity that generates emissions—such as coal burning, refining oil and producing steel—the climate is getting the kind of rest from destructive human activity it hasn’t gotten since the dawn of the Industrial Revolution.

The lockdown in China (the world’s biggest emitter of greenhouse gases), for example, has cut the nation’s carbon dioxide emissions by 100 million metric tons in just two weeks, according to an analysis by Carbon Brief, a UK-based climate policy watchdog. That’s down a quarter from the same two-week period in 2019. Observations made by NASA and European Space Agency pollution monitoring satellites appear to confirm the analysis. They show a sudden and steep decrease in nitrogen dioxide—an air pollutant emitted by power plants, factories, and vehicles—over China during mid-February when the nation entered a quarantine.

“This is the first time I have seen such a dramatic drop-off over such a wide area for a specific event,” said Fei Liu, an air quality researcher at NASA’s Goddard Space Flight Center.

While these are significant and sudden reductions achieved over a remarkably brief period of time, they are temporary. The long-term effects on energy consumption and greenhouse gas emissions and other atmospheric pollutants are unclear. On one hand, Chinese authorities may try to boost production after the pandemic is over to try to make up for the lost time. On the other hand, the economic impact of the pandemic may suppress the global demand for Chinese goods for months or even years to come.

While a global pandemic can instigate a break in human activity, the climate crisis hasn’t been able to make a dent in it. Why is that?

“Any sustained impact on fossil-fuel use would come from reduced demand, which initial indicators suggest could have a major impact. For example, February car sales are forecast to fall by 30% below last year’s already depressed levels,” writes Lauri Myllyvirta, lead analyst at the Finland-based Centre for Research on Energy and Clean Air. “If consumer demand is reduced—for example, due to unpaid wages during the crisis cascading through the rest of the economy—then industrial output and fossil-fuel use might not recover, even though capacity is available to do so.”

Still, the findings offer climate activists a tantalizing fact: It is technically feasible to achieve big reductions in pollutants that are fueling the climate crisis. All that’s required is a break in economic production and human activity. But while a global pandemic can instigate a break in human activity, the climate crisis hasn’t been able to make a dent in it. Why is that?

For one thing, the coronavirus pandemic has a clear killer: a microorganism. And the global death toll is rising by the hour as the virus jumps from person to person. The climate crisis, on the other hand, doesn’t have a distinct killer. Countless deaths have been tied to all the human activity that is the cause of the climate crisis: heat waves, hurricanes, droughts, and yes, even diseases such as Lyme disease, the normal range of which has spread because of warming climates. And, of course, the invisible killer is not a microorganism: Air pollution is caused by a number of toxic chemicals, some of which are greenhouse gases that are heating up the planet. But the fatalities associated with climate impacts are many steps removed from the actual causes, which are simply a matter of degree: too many cars and trucks on the roads, too many planes in the sky, too many bulldozers clearing rainforests, too many factories, air conditioners, large-screen televisions, mansions. Ultimately, too many people consuming too many things.

Let’s say COVID-19, the disease caused by coronavirus, ends up killing 7 million people this year. That figure would probably shock most people. But that is the same number of people who die from air pollution—every single year. As Tedros Adhanom Ghebreyesus, director-general of the World Health Organization, writes, “Black carbon, methane, and nitrogen oxides are powerful drivers of global warming, and, along with other air pollutants such as carbon monoxide and ozone, they are responsible for over 7 million deaths each year, about one in eight worldwide.”

And that’s just air pollution. Heat exposure, coastal flooding and diseases such as malaria and dengue—all increased by climate change—could cause about 250,000 deaths annually between 2030 and 2050, according to the World Health Organization. A study led by Oxford University forecast that by 2050, climate-related reductions in food availability (primarily fruits and vegetables) will cause an additional 529,000 adult deaths worldwide.

Sadly, no one knows these statistics, because—tragically for all the people who might be saved, and for the planet—the mainstream news media barely covers the climate. The figures are shocking. Major network news programs devoted barely four hours to the climate crisis over the entirety of 2019, according to a recent study by Media Matters. That amounts to a paltry 0.7% of overall evening broadcasts and the Sunday morning news shows.

Clearly, we cannot rely on the media. And we can’t rely on world leaders, either. According to a recent report by a panel of world-class scientists, “The Truth Behind the Paris Agreement Climate Pledges,” the majority of the carbon emission reduction pledges for 2030 that 184 countries made under the international accord aren’t nearly enough to prevent global warming from exceeding 2° Celsius above pre-industrial levels, which is necessary to avoid the worst impacts of climate change. The authors further note that some nations won’t even meet their pledges, and some of the biggest polluters will even increase their emissions.

It’s up to you and me, and every single individual who wants a healthy planet for ourselves, our children and future generations. And environmental activists should use this moment in history to help people understand that we can, we should, and we must make changes to our behavior, our lifestyles, and our consumption habits.

Across the globe, the coronavirus pandemic has changed daily human life in ways small (like the length of time we wash our hands) and big (like how we work and play). It also demonstrates one salient fact: Our everyday activities affect so many things—not just our own personal health, but the health of our local communities and even the entire planet. Coronavirus is a killer, but it can also be a teacher. Let’s learn all of its lessons.

This article was produced by Earth | Food | Life, a project of the Independent Media Institute. It has been published here with permission.