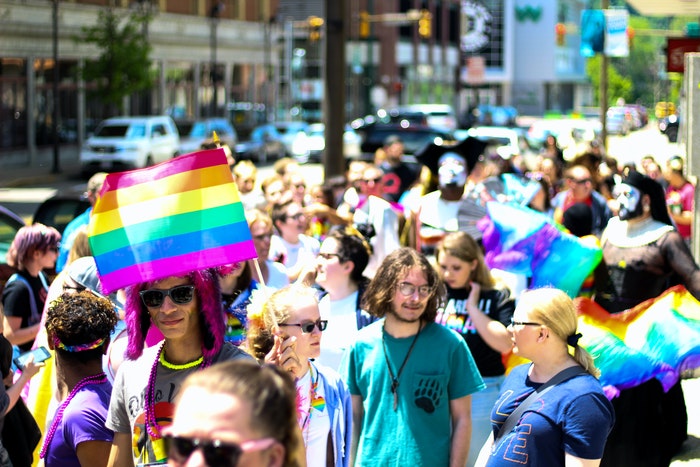 Even before the Supreme Court’s June 15 decision, many Americans already – and incorrectly – believed that federal law protected lesbians, gay men and transgender people from being fired or otherwise discriminated against at work.

The road to the ruling confirming that belief involved years of advocacy and many losses – and while this decision is a landmark in that effort, more legal work remains to be done to determine the full scope of LGBTQ workers’ rights.

The Civil Rights Act of 1964 was a historic law that banned U.S. employers from discriminating against workers on the basis of their race, color, religion, national origin and sex.

During the bill’s debate, members of the House and Senate had lengthy discussions about discrimination on the basis of race, color, religion and national origin – but the “sex” category sparked little serious debate.

Early legal and advocacy efforts from the National Organization for Women and the Equal Employment Opportunity Commission helped lead the Supreme Court to begin to acknowledge, in the early 1970s, that some forms of discrimination against women were illegal. The first major ruling on this issue was in 1971, striking down an employer policy of not hiring mothers of preschool-age children, though fathers of children in that age group were welcomed. Sex stereotyping, the court explained, violated the law.

In 1978, the court followed up, ruling that an employer could not require women to contribute more to pension funds than men, even though women tend to live longer than men.

The struggle for LGBTQ rights

Protecting gay, lesbian, and transgender rights was still a ways off. In 1979, the Ninth U.S. Circuit Court of Appeals found that discrimination on the basis of sexual orientation was not sex discrimination, and therefore was not illegal. That same year, the Fifth Circuit dismissed a similar suit. In 1984, the Seventh Circuit likewise found that a person who had been fired after fully transitioning to a woman could not sue for discrimination.

It wasn’t until 1998 that the Supreme Court acknowledged the existence of LGBTQ issues in the workplace. In Oncale v. Sundowner Offshore Services, a male plaintiff claimed that he had faced sexual harassment from his male co-workers. Their employer responded that the law did not prohibit same-sex harassment. A unanimous court, led by Justice Antonin Scalia, disagreed and allowed the suit to proceed.

But that ruling did not make clear whether workers could be fired, demoted or disciplined on the basis of their sexual orientation or gender identity. Congress tried to address the question, and the Senate and the House of Representatives have separately passed bills recognizing this form of discrimination – but never in the same legislative session, which means it couldn’t become law. And different appeals courts have issued rulings that disagree with each other, producing inconsistent national standards.

In fall 2019, the Supreme Court agreed to review three cases about employment discrimination against LGBTQ workers.

Two of the cases, Bostock v. Clayton County and Altitude Express v. Zarda, involved gay men who claimed they were illegally fired for being gay. The plaintiff in the third case was Aimee Stephens, who lost her job shortly after informing her employer that she intended to transition and would begin representing herself at work as a woman.

The core question in each was how to understand the law’s ban on sex discrimination.

Gorsuch’s reasoning was straightforward: “An employer who fires an individual for being homosexual or transgender fires that person for traits or actions it would not have questioned in members of a different sex.” He imagines two model employees, one man and one woman, arriving at the boss’s holiday party with their wives: If the woman would be fired but not the man, Gorsuch wrote, that is sex discrimination.

Gorsuch is best known as a conservative jurist, concerned about the specific texts of laws and the original intentions behind them. He rested his interpretation of the Civil Rights Act on the evolution of the law over the years. Since the law’s passage, the Equal Employment Opportunity Commission and federal courts have come to understand a broader definition of sex discrimination, covering motherhood, differential pension programs, pregnancy and sexual harassment.

This history, Gorsuch wrote, signals that the law was meant to be read, and used, in inclusive ways: “refus[ing] enforcement … because the parties before us happened to be unpopular at the time of the law’s passage … would tilt the scales of justice in favor of the strong … and neglect the promise that all persons are entitled to the benefit of the law’s terms.”

He summarized the court’s finding: “An employer who fires an individual merely for being gay or transgender defies the law.”

Alito expressed concern that the new ruling “will threaten freedom of religion, freedom of speech, and personal privacy and safety.” He offered specific example concerns, including allowing people with penises to use women’s bathrooms, stacking women’s athletic competitions with athletes with “the strength and size of a male … and students who are taking male hormones,” assigning college roommates based on gender identity rather than sex, requiring religious organizations to hire LGBTQ people, and limiting free speech disapproving of LGBTQ individuals or their relationships.

Alito also feared that the court’s opinion might lay broader groundwork for a constitutional ruling protecting people from discrimination based on sexual orientation and gender identity as strictly as it protects them from sex discrimination.

Many of these concerns may come before federal courts, and ultimately the Supreme Court, in years to come. Gorsuch’s ruling specifically did not decide on whether the results might, in some cases, tread inappropriately on religious liberty.

LGBTQ advocates are celebrating a major acknowledgment of their human rights, though with some sadness: Donald Zarda and Aimee Stephens, two of the three people at the center of the cases, died before learning of their cases’ resolution. And advocates know many more disputes – and court cases – are yet to come.

Published in LGBTQ and LIFESTYLE