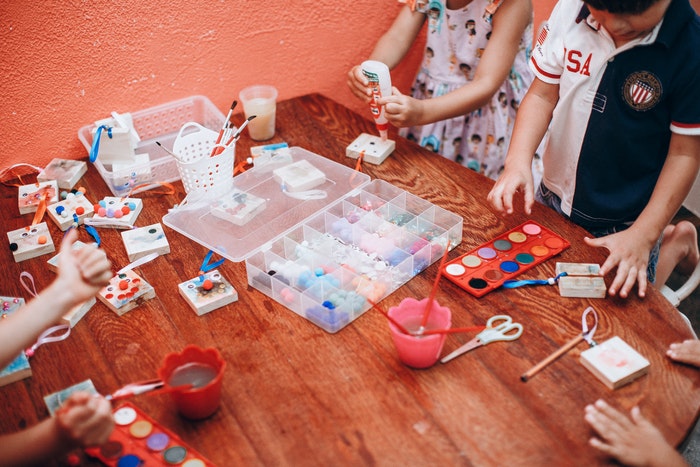 A fiery debate has erupted over the definition of “infrastructure.”

Does it mean roads, broadband and other physical structures included in the traditional meaning of infrastructure? Or should it have a broader definition that includes other important parts of the economy, such as workers who care for children, older adults and people with disabilities?

President Joe Biden prefers the latter meaning and wants to use nearly one-fifth of the US$2.25 trillion of spending in his jobs and infrastructure plan to expand and strengthen child care and home-based long-term care.

As a sociologist who has studied the paid-care workforce for over 15 years, I know how critical it is to the U.S. economy – as the COVID-19 pandemic has made quite plain. The problem is, these workers have long been undervalued, primarily because of who they are.

Who’s in the caring economy

A broad definition of the care economy includes health care, child care, education and care for older adults and people with disabilities.

The number of people doing this type of work has exploded over the past 70 years, driven by an aging population, expanding medical technologies and the large-scale entrance of women into the paid labor force. My calculations show that in 2018 more than 23 million workers – almost 15% of the U.S. labor force – worked in the care sector, up from just under 3 million in 1950.

While the overall care economy is dominated by women, the two areas that are the focus of Biden’s plan – child care and home care – are even more so. I found that over 85% of the 3.6 million people employed as home health workers, personal care aides and nursing assistants are women. These people meet the health care needs of older adults and disabled individuals and also provide assistance with daily living activities like bathing, dressing and eating.

The share of the 1.3 million child care workers who are women is even higher, at about 93%.

Both job categories are also disproportionately made up of people of color and immigrants. For example, 30% of home health and personal care aides are Black and 26% are immigrants. Among child care workers, 24% are Hispanic and 22% are immigrants.

Why care work is ‘essential’

The pandemic has shown just how essential this workforce is to the U.S. economy, as well as to families and communities.

Care workers, broadly speaking, made up fully half of all those deemed “essential critical infrastructure workers” at the beginning of the pandemic by the Department of Homeland Security. This designation was used to identify workers who “protect their communities, while ensuring continuity of functions critical to public health and safety, as well as economic and national security.”

In effect, it meant they could continue to go to work despite state lockdowns, risking their own health and that of their families.

But Americans also saw their importance in their absence. The pandemic forced many child care centers across the country to shut down, while many home-based nannies and personal care aides were let go because of COVID-19 concerns and precautions.

In the absence of these care workers, the media was full of stories about the crushing burdens faced by working parents – mostly mothers – trying to simultaneously manage caring for children at home. And older adults isolated at home suffered from lack of access to formal home care support as families struggled to meet their needs.

Perhaps the most striking indication that not just families but economic activity depends on paid care is the millions of women, particularly mothers of young children, who have dropped out the labor force because they had to care for a child or someone else.

This is why government officials and policymakers recognized reopening schools to in-person learning and supporting child care centers as critical to enabling the opening of the rest of the economy.

In other words, just as businesses and communities cannot function without bridges and broadband, the same can be said about having a solid paid care infrastructure in place.

The devaluation of care work

But this workforce has long been devalued, perhaps most clearly demonstrated by their wages.

My own research shows that the historical development of the paid-care sector has relied on a gendered narrative of care as a “natural” characteristic of women that has created and justified low wages.

Care workers overall earn 18% less than other essential workers, such as police officers, bus drivers and sanitation workers, after controlling for the usual factors that depress wages, such as gender, years of education and depth of work experience.

And the workers targeted by Biden’s plan are at the low end of this devalued sector, with some of the lowest wages in the U.S. labor market. In 2020, the average annual salary for home health care and personal care aides, for example, was $28,060, and for child care workers it was $26,790. These are near poverty wages, barely exceeding the federal poverty threshold of $26,200 for a household of four.

Care as a public good

There’s another reason to think about paid care work as a part of infrastructure: Both are what economists call a public good.

Every business and worker gains when there are good roads and public transportation to ferry people around. But the benefits are so dispersed that the private market usually can’t cover the costs to maintain them. This has negative impacts on the economy as a whole if not offset by public investment.

Similarly, when children receive high-quality child care, they benefit – but so do their families, their parents’ employers, their own future employers and their future partner or children. The benefits are significant but dispersed.

But unlike traditional infrastructure, there has been little government support for this kind of work, reflecting its economic and societal devaluation – and on top of that, women often fill in any gaps in paid care infrastructure with unpaid work.

If Biden’s plan becomes law, the invisible human infrastructure that supports America’s families, communities and economic activity would finally be valued for what it is.