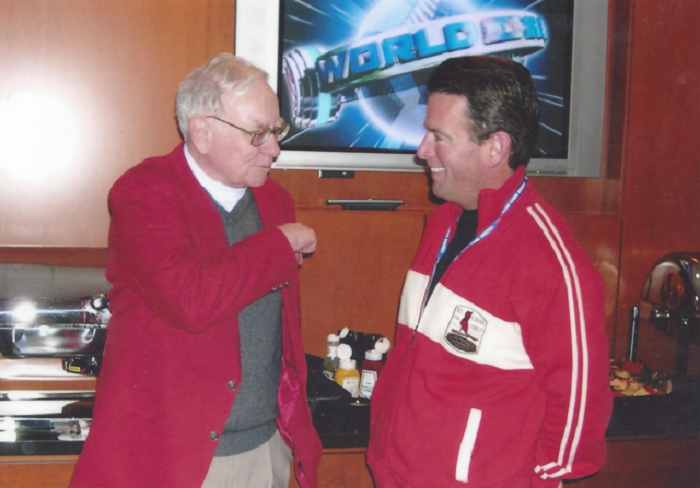 A Model For His Billionaire Peers – Warren Buffett

Warren Buffett, who turns 91 on Aug. 30, 2021, is a billionaire at a time when outrage over the excesses of extreme wealth is growing in tandem with billionaires’ fortunes.

But based on what I learned about him while becoming a scholar of finance and a portfolio manager, I see Buffett as a model for his ultrarich peers.

He has given half of his vast fortune to charity and plans to unload the most of the rest during his lifetime or upon his death. Buffett also largely lives a modest lifestyle by billionaire standards; he still resides in the spacious house he bought six decades ago.

The investor was born in 1930 as the Great Depression set in. He exhibited a nose for business at a very young age – long before he became one of the richest people in the world. As of March 2021, Buffett’s net worth had topped $100 billion.

While still in elementary school, the future “Oracle of Omaha” would buy packs of Wrigley’s chewing gum and bottles of Coca-Cola from his grandfather’s Nebraska grocery store and sell them around his neighborhood for a profit. He purchased shares of his first stock at age 11.

As a teen, he established a large paper route and, with a friend, invested in pinball machines they stationed in barbershops, splitting the profits with the shop owners. By age 15 he had bought 40 acres of Nebraska farmland with the proceeds from earlier business ventures.

Shortly after completing his graduate degree at Columbia University, Buffett worked for his mentor, investment legend Benjamin Graham, in New York City. When Graham retired from the investment business, Buffett returned to his hometown of Omaha and ran a series of successful hedge funds, known as the Buffett Partnerships.

In the late 1960s Buffett viewed the stock market as overvalued, and he had the integrity to return his investors’ capital, closing his original investment business. During the latter years of his partnership, Buffett took over Berkshire Hathaway, a struggling textile maker. He eventually made it his primary business activity.

Over several decades Buffett turned the company into the conglomerate it remains today, with annual sales of $245 billion and market capitalization of $654 billion. It employs roughly 360,000 people through its many subsidiaries.

The dizzying rise of Berkshire’s stock, and that of the aforementioned Buffett Partnerships, made thousands of people rich. Mindful of their long-term interests and his age-related health risks, he recently named long-term employee Greg Abel as his successor. Even so, Buffett has not indicated an intention to retire from Berkshire Hathaway. Its shares gained about 25% in the first eight months of 2021.

Buffett borrowed much of his philosophy from his father, Howard Buffett, a stockbroker and conservative Republican who spent eight years in Congress.

Buffett describes this philosophy as following his “inner scorecard.” It essentially involves living life on his own terms and not worrying about what others think or trying to “keep up with the Joneses.”

Accordingly, Buffett does not fit neatly into any box, exhibiting characteristics for almost everyone to like or dislike. He’s a “card-carrying capitalist” who really does carry a capitalism card in his wallet.

He says he is a Democrat, but over the years he has voted for and donated money to both Democrats and Republicans. He’s not religious, describing himself as agnostic. His late wife and the foundation named after her that he has funded, the Susan Thompson Buffett Foundation, were and are substantial supporters of reproductive rights organizations that favor access to legal abortions.

Warren Buffett spent more than 20 years apparently considering himself to be happily married to Susan, who spent her later years in San Francisco, and another woman named Astrid Menks, who lived in Omaha, at the same time. Following his first wife’s 2004 death, Buffett married Menks in a small and informal ceremony.

With Bill and Melinda French Gates he created The Giving Pledge, through which billionaires commit to giving at least half their fortunes to charity. Buffett is going way beyond that: “More than 99% of my wealth will go to philanthropy during my lifetime or at death,” he pledged.

Rather than establish his own foundation, he has poured his charitable money into five foundations run by others, especially the Bill & Melinda Gates Foundation – for which he served as a trustee until 2021. Upon stepping down, Buffett observed that he has similarly exited all the corporate boards to which he used to belong because his “physical participation is in no way needed.”

Buffett says he has given very little money to his three children, Howard Graham Buffett, Peter Buffett and Susan Alice Buffett, aside from hundreds of millions of dollars for the foundations they each run.

As of mid-2021, he said he was happy to have gradually given the five foundations he has funded Berkshire Hathaway shares worth a cumulative total of $41 billion, noting: “Society has a use for my money; I don’t.”

Buffett expresses his generosity in other ways as well. For example, he’s one of corporate America’s strongest proponents of women in business. For example, he mentored Tracy Britt Cool for more than a decade as she rose from a financial assistant to CEO of Pampered Chef, a Berkshire subsidiary. In 2019 she started her own private equity firm, modeled after Berkshire, with Buffett’s support.

Buffett began to share his knowledge on the financial markets and the economy in 1977 in his widely read shareholder letters. His annual shareholder meetings, known as “Woodstock for capitalists” is akin to a Disney vacation for thousands of families each year.

Many of his media appearances have also been archived for all to see and learn from. Buffett also voluntarily met with scores of college students for decades about eight times a year for a Q&A session and tour of his businesses.

I personally attended several of these sessions in Omaha with my students. That experience inspired me to write a book about Buffett with my teenage son.

Buffett freely admits that he has benefited from a system that lets billionaires pay very low tax bills, partly because it taxes income instead of wealth. He has famously lamented paying a lower tax rate than his secretary.

For years he advocated for the so-called “Buffett Rule,” a minimum 30% tax on those making more than $1 million a year to remedy the problem. Congress rejected it in 2012.

Buffett also acknowledges that the rich pay less tax when they deduct what they give to charities from their taxable income, while questioning whether that is a problem.

“I believe the money will be of more use to society if disbursed philanthropically than if it is used to slightly reduce an ever-increasing U.S. debt,” he said in response to ProPublica’s reporting on the light taxation of billionaires.

To be sure, the value of a tax system that encourages billionaires to give money away rather than to the Internal Revenue Service is open to debate. But I admire his generosity and business acumen.

“After much observation of super-wealthy families, here’s my recommendation,” Buffett said in an update on his charitable giving: “Leave the children enough so that they can do anything but not enough that they can do nothing.”

Published in LIFESTYLE and VIDEO REELS