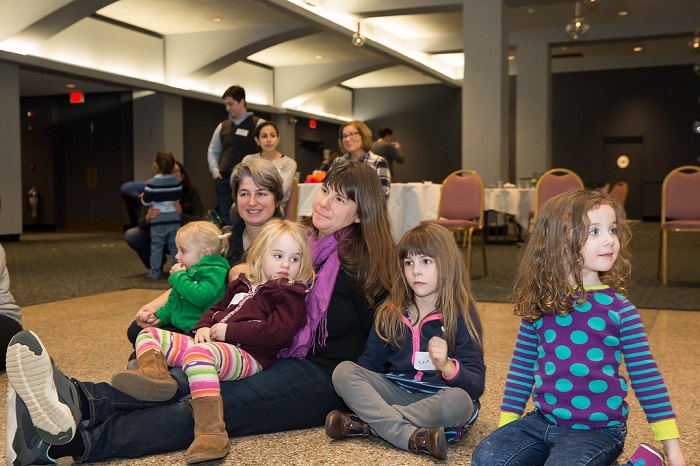 Many parents want to ensure that their kids are in classrooms where they and their families are respected and embraced. However, as a psychologist and researcher who has studied LGBTQ parents’ relationships with schools for over a decade, I have found that LGBTQ parents often have specific concerns when it comes to inclusion and acceptance.

“[We have] always been very upfront that we are a family with two moms,” reported one parent in my research. “If the [school] was going to have an issue, we wanted to get the vibe early so we could find an alternative so our child didn’t have to suffer due to their closed-mindedness.”

LGBTQ parents who live in less gay-friendly communities are more likely to describe feelings of mistreatment by their children’s schools. Such experiences may prompt parents to confront negative treatment.

Based on my research and surveys with hundreds of LGBTQ families, here are suggestions for how LGBTQ caregivers can advocate for themselves and their children if they run into stigma or ignorance. The statements quoted below are from various participants in my research.

1. Talk to the school pre-emptively

“I always tell the teachers in advance that I am a transgender gestational parent so they don’t think my kids are lying when they say their father gave birth to them.”

Engage the school in a conversation about your family prior to the start of the school year. Explain the basic details of your family, what your child calls each parent, and other important adults in your child’s life such as the donor or birth parents. Ask if they have any questions or would like you to suggest some resources.

“My presence in these spaces is a constant reminder to the staff that there is a gay parent in the room.”

Join the PTA or Diversity Committee, or attend their meetings and gradually seek out leadership positions. Volunteer in the classroom or at school events.

“We bought books for the class library about different kinds of families, and arranged for PFLAG [a national advocacy group for LGBTQ+ people] and local LGBTQ groups to present to staff at our kids’ schools.”

Highlight for schools where paperwork can be more inclusive, such as “Parent 1” and “Parent 2” instead of “Mother” and “Father.” Provide input about how celebrations, curriculum and classroom visuals could be more inclusive of LGBTQ-parent families, or donate inclusive books or other materials.

Establish whether the school has procedures in place for dealing with sexist, homophobic and transphobic behavior at school. What are their policies against bullying? If sexual and gender identity and expression are not covered in such policies, advocate for including them.

5. Talk to your children

“We have told them that every family is different. … We told them that some people don’t understand these differences and to feel free to come to us at any time if they have questions.”

Check in with your children about what they are experiencing at school. Use general questions, such as “What is your teacher like?” or “Tell me about recess today.” Convey that you will listen to them if something is going on at school, and you’ll talk together about how to handle it.

Build your child’s confidence and sense of pride. If possible, connect them to other children with LGBTQ parents. This can make a difference in terms of their self-esteem. Help them develop a repertoire of potential responses to teasing — such as telling a teacher, ignoring it or responding to an insensitive question with a straightforward set of facts. Consider outlining or role-playing possible scenarios.

“We did a presentation to the first grade class. … With the school’s permission, we shared how our family was created, and other parents joined in and shared their stories as well so as to not single out our son.”

Research has shown that attending schools where LGBTQ topics and historical figures are incorporated into the curriculum, or where there are supports for LGBTQ people, benefits the mental health and self-esteem of children with LGBTQ parents. Having classmates who also have LGBTQ parents can also help.

Undoubtedly, LGBTQ parents are also thinking about the school’s quality and reputation, class sizes, safety and ability to meet their children’s needs and interests.