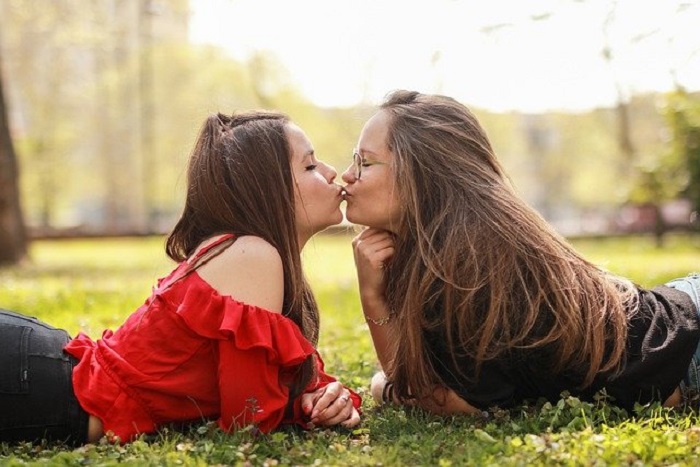 Young people are largely unaware of the risk of contracting sexually transmitted infections, or STIs, through oral sex. That’s the finding of our recent study, published in Annals of Family Medicine.

Research and education on oral sex are critical because it is a very common sexual practice. And many STIs are transmitted orally, including herpes, gonorrhea, chlamydia, syphilis, HIV and human papillomavirus (HPV).

The Centers for Disease Control and Prevention reports that 85% of sexually active people ages 18 to 44 have engaged in oral sex at least once. A separate survey found that 41% of adolescents ages 15 to 19 reported having oral sex.

Historically, research on reducing STI transmission among young people has focused primarily on heterosexual vaginal intercourse rather than other forms of sexual activity, such as oral sex.

Increased use of protection like condoms or dental dams could lead to lower rates of STI transmission through oral sex. But many of the young people we surveyed indicated that they do not use protection.

An earlier study found that fewer than 10% of youth reported using protection during oral sex.

How we do our work

To conduct our study, we relied on a nationwide sample of over 1,000 adolescents and young adults ages 14 to 24. We polled young people using MyVoice, a texting-based polling system. Our team developed a set of four open-ended questions for youth about their sexual behavior and practices. For instance, they included questions such as how risky participants perceived oral sex without protection to be, and what might help people use protection during oral sex.

For the most part, young people in the study knew that STIs could be transmitted through oral sex. What many didn’t fully understand, however, was exactly how risky it can be without protection. They often considered the act less risky than vaginal sex, with most ranking the risk associated with unprotected oral sex as “low” to “moderate.” “You can’t really get anything super harmful from it,” one respondent wrote.

But they can. And many have.

Oral sex can transmit HPV. Infection with HPV has no cure. It is also a major risk factor for head, neck and cervical cancer later in life. Over the past 20 years, the rate of HPV-related head and neck cancers in America has skyrocketed – jumping from 20% to more than 70% of all diagnosed cases, outpacing even HPV-related cervical cancer.

An existing vaccine against HPV is effective against some strains of the virus. But vaccination rates against HPV are relatively low both in the U.S. and globally.

Many study respondents pointed to a lack of comprehensive and inclusive sexual education as the reason young people don’t use protection. Some were not hopeful about changing the behavior of young people. “I don’t think anything could help, as using protection for oral sex is a bizarre concept towards most people.”

Others suggested, however, that “normalizing the use of protection during oral sex in the media” would lead to more young people using dental dams and other barrier methods.

We don’t yet know what works best to convey to youth the risk of unprotected oral sex. And researchers haven’t determined which methods of STI prevention are most accessible and acceptable to young people.

Our study suggests that the most promising possibilities include comprehensive and inclusive sex education, available where young people can easily find it.