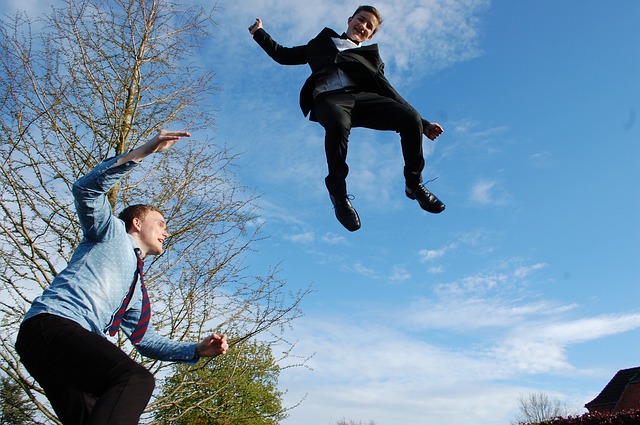 Thanks to a roaring economy, plunging joblessness and a consumer spending spree, it probably won’t come as a surprise that the COVID-19 recession is officially over.

We didn’t know this, formally, however, until July 19, 2021, when a group of America’s top economists determined that the pandemic recession ended two months after it began, making it the shortest downturn on record.

As an economist who has written a macroeconomics textbook, I was eagerly waiting to know the official dates. This is in part because I recently asked my Boston University MBA students to make guesses, and we all wanted to know who was closest to the mark. While many of my students ended up nailing it, I was off by a month.

But why did it take over a year to learn the recession ended?

When an economy is in recession, it simply means economic growth is falling.

You may have read in a news story that a recession means two quarters of consecutive declines in gross domestic product, which is the market value of all goods and services produced within a country’s borders.

This is basically shorthand used by journalists because the formal way of determining when a recession ends can take a long time – in this case over a year.

In the U.S., the dates of when recessions begin and end are determined by a nonpartisan organization called the National Bureau of Economic Research. Or more specifically, a group of eight prominent economics professors makes the call.

The group, however, does not use two quarters of falling GDP as their guide.

Instead, the National Bureau of Economic Research uses changes in GDP plus many other factors like employment, personal income, industrial production and even retail sales. The group relies on its members’ expert judgment rather than fixed rules.

The National Bureau of Economic Research didn’t officially declare a recession had begun until June 2020, three months after its actual start in February. Technically, it declared the peak of an expansion lasting 128 months, the longest ever.

And now we know that the recession ended in April. One reason the economists wait so long to declare the start or end of a recession is because they don’t want there to be any doubt.

Though it was the shortest recession on record, it was also the deepest since the U.S. began recording quarterly data in 1947. The trillions in dollars of spending by the federal government and Federal Reserve in March and April 2020 likely contributed significantly to the swift return to expansion.

Most recessions last a while

A two-month recession is incredibly brief.

The previous shortest recession, which began in January 1980, was six months long.

Economists have tracked the length of U.S. recessions since 1854, shortly before the U.S. Civil War began. Since then, the average recession has lasted 17 months, even when including the most recent one in 2020.

Recessions have gotten steadily shorter. Since the end of World War II, they’ve lasted an average of just 10 months, in part because governments have become more active and have had more tools to fight their effects. This activism started in 1946 with the “Employment Act” whose goal was to “promote maximum employment, production, and purchasing power.”

Could there be a “double-dip” recession?

This happens when an economy returns to recession before fully recovering from the previous one. The U.S. experienced this in July 1981, a little more than a year after the six-month recession in 1980 ended.

While some observers were concerned about a double-dip recession late last year, the U.S. government has showered the economy with about US$3 trillion more in additional aid since then, which has led economists to worry more about spurring too much growth than too little. Too much growth can be a bad thing, because it can lead to high inflation, which may force the Fed to raise interest rates. That can result in a recession.

There’s nothing you or I can do to stop another recession if it’s in the cards, but there are actions we can take to prepare during times of growth. Try to set aside extra money in your savings. Pay down credit card debt and other loans.

Doing these things during times of relative plenty will prepare you for when times aren’t so abundant.